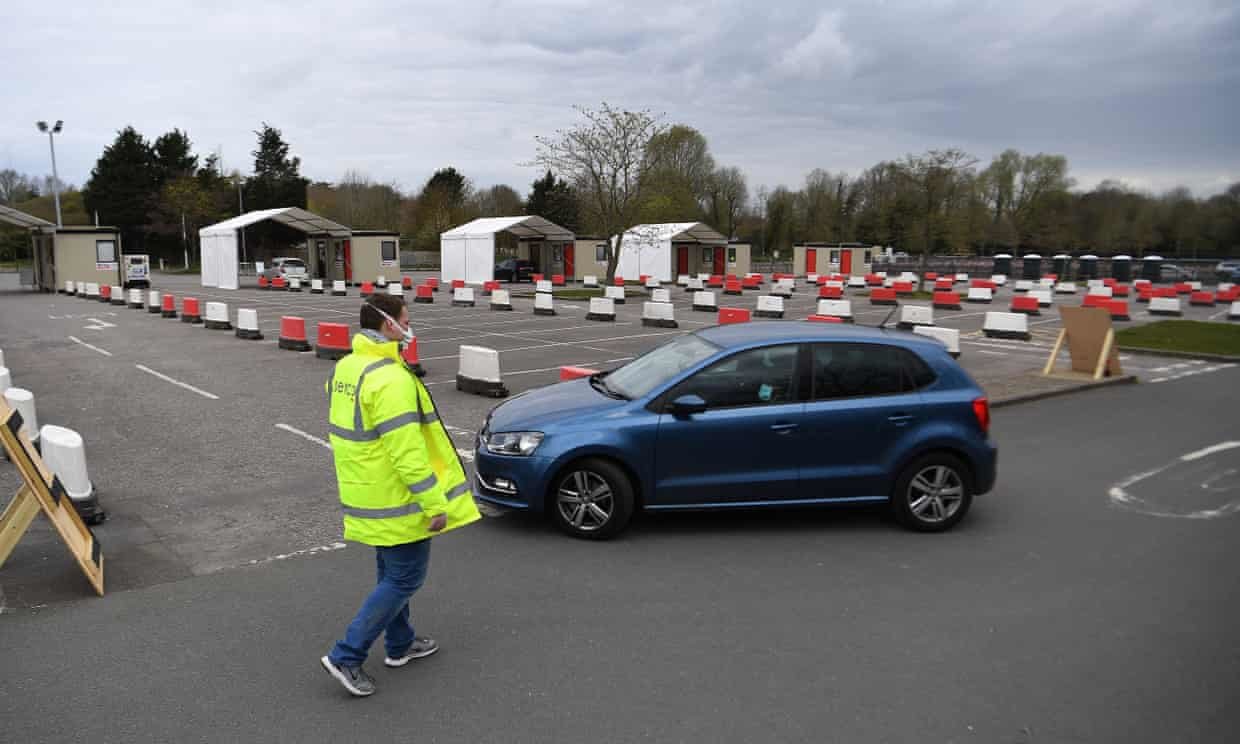 Frontline staff complain over ‘lost Covid-19 test results’ from Chessington drive-in site
Hospitals sought to take over the operation of a flagship government coronavirus testing centre from the accounting firm Deloitte after severe failings in the service led to the test results of NHS staff being lost or sent to the wrong person, the Guardian can reveal.

The drive-through centre, at Chessington World of Adventures, in Surrey, was among the first in what will be a network of about 50 regional facilities, trumpeted by the health secretary, Matt Hancock, as key to delivering on the government promise of 100,000 tests a day by the end of April.

On Thursday the government insisted it was on track to meet the target, increasing the tests from less than 10,000 at the start of April and just 23,000 tests on 14,000 people on Wednesday.

Deloitte was hired to help scale up testing nationally, and is understood to be handling logistics across a number of the sites, working alongside other private firms such as Serco and Boots.

Deloitte says it does not run or manage the testing centres, but supports the Department of Health.

Asked to comment, Daniel Elkeles, who runs Epsom, and its sister hospital, St Helier, in Carshalton, Surrey, said there were “clearly teething problems at Chessington at the start of this contract”.

“We are now assured that those teething problems are fixed and that the service is reliable. But it’s much more convenient for our staff to be swabbed [at the] Epsom and St Helier sites, and for us to send the swabs to St George’s for testing. This means our staff don’t have to travel to Chessington and also means the facility has more capacity for other parts of the health and care system.”

Normally, government contracts over a certain value are advertised publicly and awarded after a competitive tender.

However, it is understood that the health department appointed Deloitte without competition, under an obscure piece of legislation introduced in 2015 which ministries have been told they can use during the pandemic to avoid lengthy tendering processes.

A Deloitte spokesman said: “Deloitte, alongside many other public and private sector partners, is supporting DHSC (the Department of Health and Social Care) to help accelerate and scale testing capacity for the national Covid-19 testing programme.”

DHSC said that only a small number of people had experienced delays in getting their test results in Chessington and that most of those had now been delivered. It said it was continuing to investigate the remainder.
Add Comment