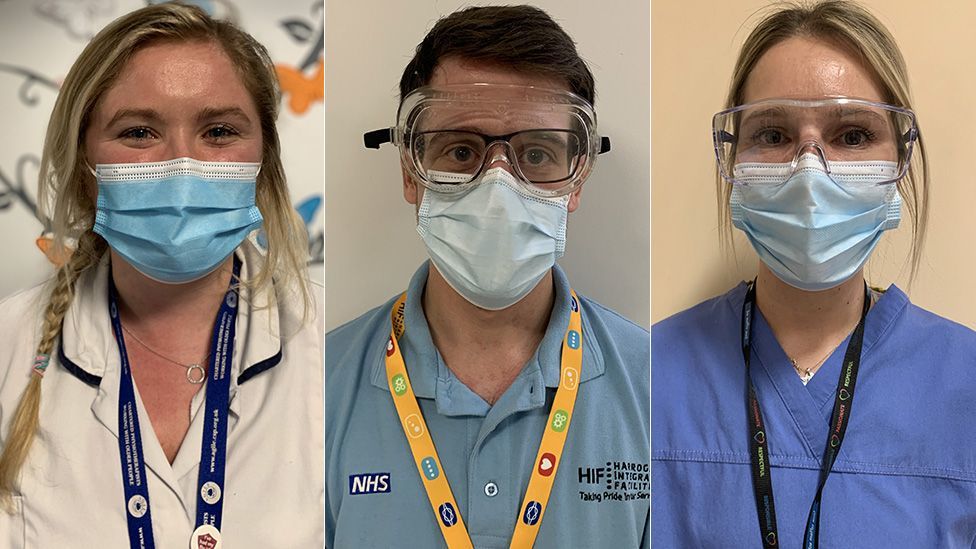 Hospital workers: From cabin crew to the coronavirus front line

Like lots of people, Nikki Hazelhurst lost her job last year because of the coronavirus pandemic.

"Before this I was cabin crew, it was my absolute dream job," she tells Radio 1 Newsbeat.

"I'm obsessed with planes, but I'm not quite intelligent enough to fly one so I like to serve on them instead."

When she found herself out of a job, Nikki applied for work at Harrogate's Nightingale hospital, and then moved to the main hospital's PPE department.

"I went from drinks, snacks and really happy people to somewhere there's a lot of doom and gloom. It's scary."

Newsbeat spent two days in Harrogate Hospitals for a series of specials you can hear on Radio 1, 1Xtra, Asian Network or BBC Sounds.

'I want to be back in the air'

But Nikki's skills from her work as cabin crew have come in handy working for the NHS.

"My customer service skills have really helped, I'm a jolly person and I'm a really hard worker - plus lugging cages around the hospital is tough work, but I'm used to trollies on a plane" she says cheerily. 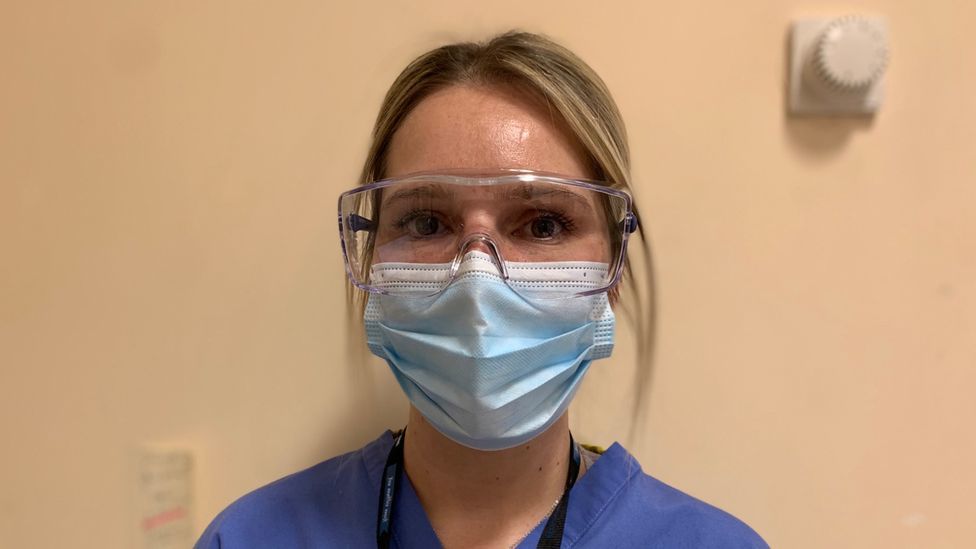 "Wow - that has made me a bit emotional," she says.

Nikki's partner has recently got his commercial pilot's licence, and she hopes they can both take to the skies again in the future. 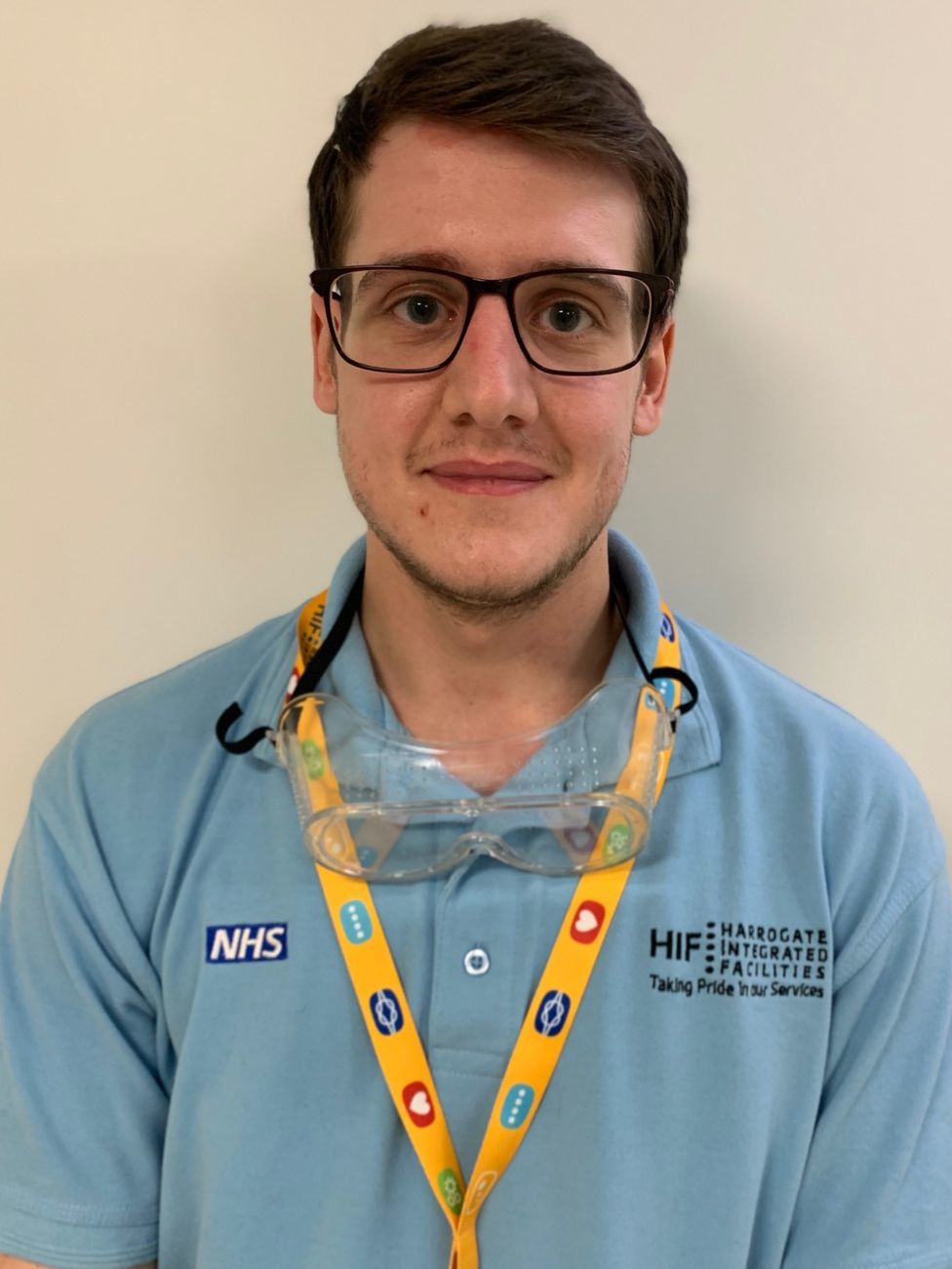 He finished a Masters Degree in Chemistry last May, but couldn't get a job in the field he wants to work in.

"I haven't been able to graduate yet because of the pandemic," he says.

"Because of coronavirus there's no jobs around for someone without experience."

'It's opened my eyes'

But Tom says he's wanted to make himself useful, and is now working as a porter and facilities assistant, which he says involves a bit of "everything".

He says the work has been tough, but also been valuable life experience.

"It's definitely given me a different perspective to what's really going on, and opened my eyes to other jobs as well". 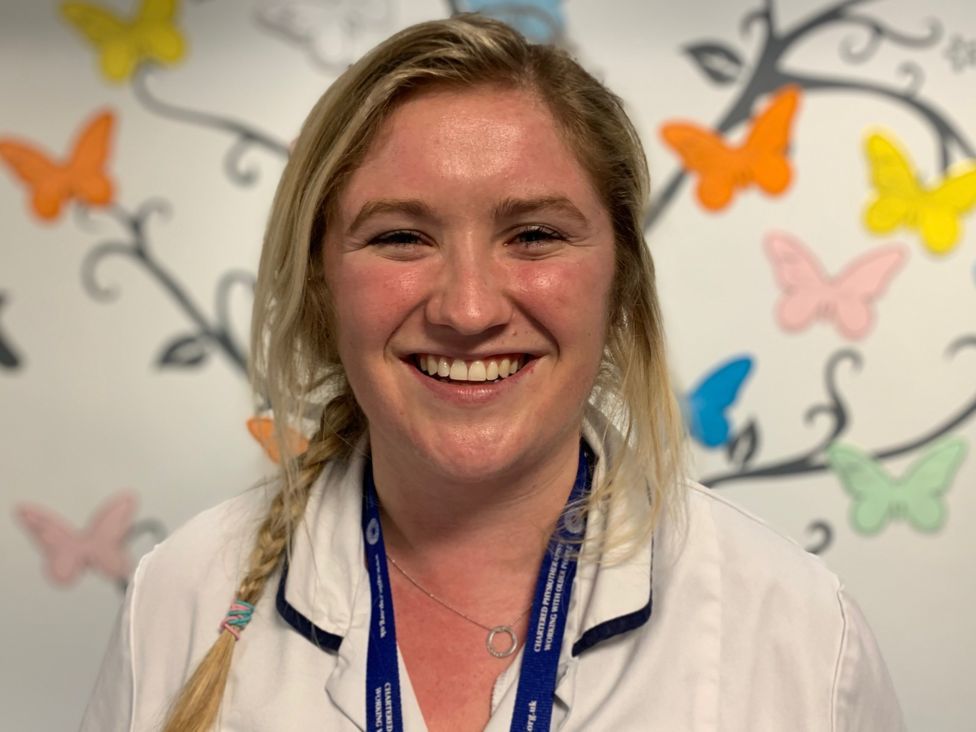 "I was redeployed to work in Intensive Care, which was scary and daunting at first," she says.

'I'd never even been in ICU before working there, so it was a fast learning curve and we had to step up'

"It was the case for a lot of us though, and we get each other through it."

'We live off the good moments'

Faith says even though it's been a tough - and unexpected start to her career - there's also a more positive side to her job too.

"Our focus is getting people up and moving, and eventually home."

And sometimes there's the opportunity to reunite families, or couples who've both been admitted with Covid, but are on separate wards.

"Just the other day we managed to get a woman to her husband and he really picked up after her visit and was even walking today.

"That change is lovely to see - we live off those moments to get us through the day."