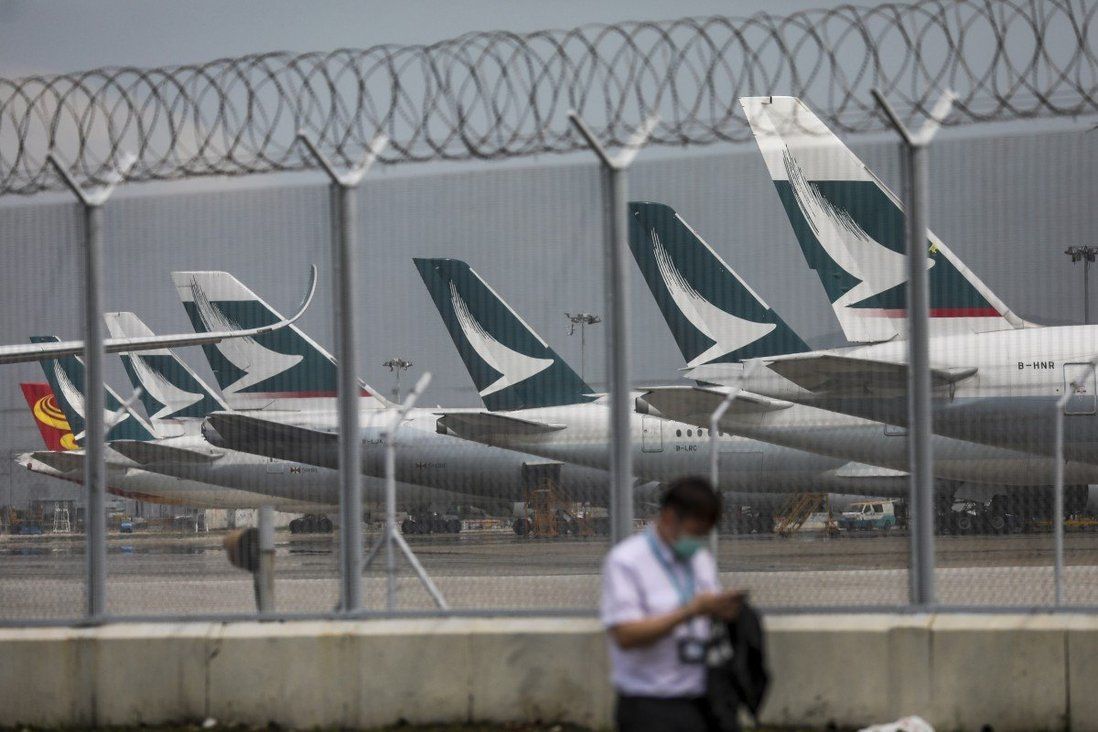 Of the 25 cases, nine are from Britain and flew on a Cathay Pacific flight on December 23. The infections have resulted in bans on certain routes operated by Cathay, Korean Air and Emirates Airlines.

Hong Kong confirmed 25 imported Covid-19 cases on Saturday, triggering the most number of airline bans in a single day.

Authorities announced they would stop Cathay Pacific flights from London, Korean Air services from Seoul and Emirates Airlines flights from Dubai for two weeks each after passengers they brought into the city were confirmed to be infected.

Of the 25 cases, 10 have been designated a strain that is consistent with the Omicron variant, but yet to be formally confirmed by authorities.

Infected passengers arrived from 11 countries, with Britain accounting for nine cases, Kazakhstan five, and India and Pakistan two apiece. South Africa, Russia and the United States were among countries the others arrived from.

Fewer than 10 preliminary-positive infections were also reported, with confirmation expected on Sunday.

Seven of the British arrivals flew with Cathay on Thursday, the day the airline imposed a preflight antigen test to try to avoid a ban, which ultimately failed.

Hong Kong’s flagship airline said it subsequently suspended flights from London’s Heathrow Airport for two weeks starting on Sunday until January 8. With Virgin Atlantic and British Airways flights currently halted, this means services from the British capital are on hold until next year.

“Due to recent government restrictions, we unfortunately must announce cancellations for all flights departing from London Heathrow to Hong Kong, from December 26 up until January 8, 2022,” Cathay wrote on its Facebook page.

During the pandemic, Cathay has operated up to one flight a day, a far cry from the five daily services before the coronavirus outbreak.

The government also confirmed bans for Emirates, triggered by two positive cases and one passenger with incorrect paperwork, and Korean Air, which carried five Hong Kong karate athletes from Kazakhstan via Seoul.

A Cathay cabin crew member, who returned to Hong Kong from Sydney via flight CX138 on Christmas Eve also tested positive, carrying a mutated strain – highly likely to be Omicron – based on information provided by the government.

Omicron is the fastest-growing Covid-19 strain around the world. Experts say, however, the highly infectious variant is also generating much milder symptoms among patients.

Hong Kong has confirmed 44 Omicron cases – all imported – since the first such infection was recorded in late November.

Genome sequencing also confirmed that the infection of a 64-year-old airport worker, who cleaned a toilet designated for arrivals who tested preliminary-positive, was import-related. It was identical to an earlier imported case and highly similar to previous ones involving Omicron.

Saturday’s infection tally was the highest since April 18, when 30 cases, all imported also, were recorded.

Around the world, airlines cancelled more than 4,500 flights over the Christmas weekend, resulting in greater uncertainty and misery for holiday travellers. Many of the cancellations were a result of rising Covid-19 infections among aircrew and a lack of staff to operate flights. 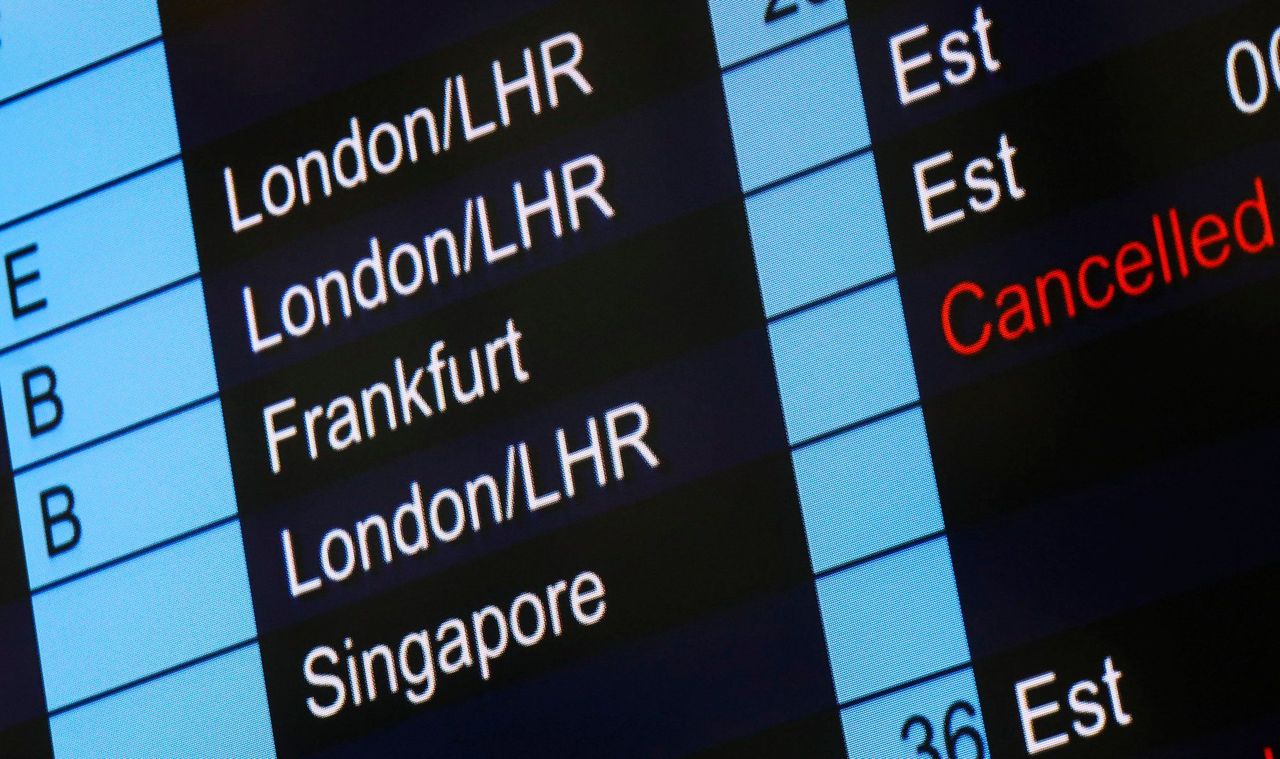 An electronic board at Hong Kong International Airport shows flights from London being cancelled.

To limit the number of imported cases, the government announced on Monday that any airline bringing in at least four coronavirus-positive passengers within a seven-day period would be barred from flying that route for two weeks.

It was the latest addition to the city’s stringent flight suspension mechanism, which triggers bans when three passengers on the same flight test positive, or where there is at least one infected traveller on the same service as another with incorrect paperwork.

The latest cancellations, with limited explanations from the airlines, once again left travellers scrambling to find alternative flights.

Traveller Matthew Burgess wrote on a Facebook group that after his CX252 flight from London on December 29 was cancelled, he planned to take the Manchester-to-Hong Kong route operated by Cathay Pacific on New Year’s Eve.

“But I’ve had to go on a waitlist and they’ll let me know after Christmas,” he said on the HK Quarantine Support Group page.

An Emirates passenger who asked not to be identified said he had planned to catch the EK384 flight in the first week of January but only found out about the cancellation from an airline email on Friday. He is still searching for a new flight while trying not to change the booking of his quarantine hotel.

“So the thing is there was no information given as to why the flight had been cancelled. There were no reports from the government or some sort,” he said.

“There is a lot of uncertainty … That adds to the headache of not being able to know if I will be flying back.”