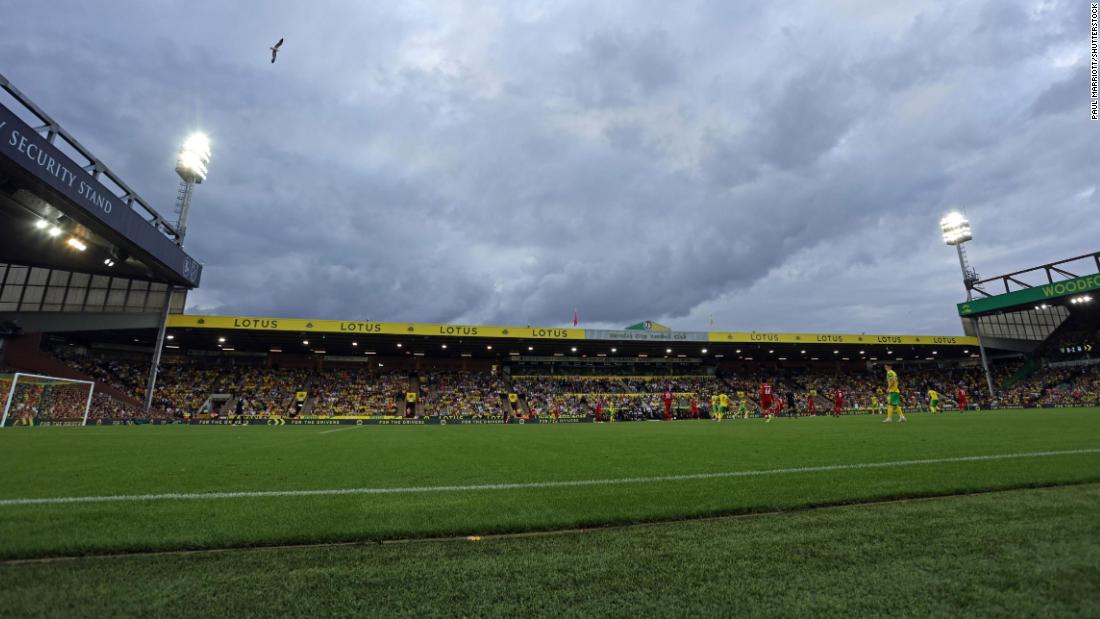 Hundreds of thousands of fans attended English Premier League matches this weekend for the first time in nearly 18 months, though one game was marred by homophobic chanting and another by "isolated incidents of disorder" ahead of kick off.

Norwich City midfielder Billy Gilmour, who was playing for the newly promoted club on loan from Chelsea, was allegedly targeted by homophobic chanting by some Liverpool fans during the visiting team's 3-0 win at Carrow Road on Saturday.

"If you can't support without resorting to bigoted nonsense, you don't understand YNWA," concluded the tweet, a reference to the club's "You'll Never Walk Alone" anthem.

Liverpool FC's Twitter account said the chant was "offensive and inappropriate -- a message we have repeatedly communicated alongside Kop Outs."

"We urge supporters to remember the inclusive values of the club and to refrain from using it in the future." 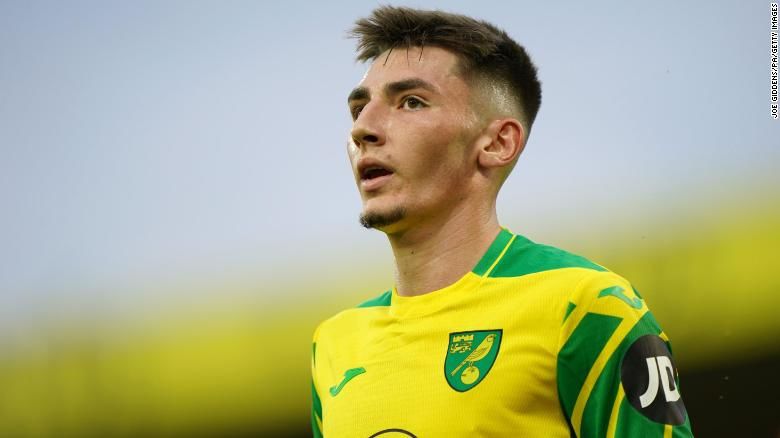 Norwich City's Billy Gilmour is playing for the club on loan from Chelsea.

According to George Starkey-Midha, who worked for anti-discrimination organization Kick It Out, the homophobic slur originates from the 1980s "and is intended as an insult to suggest all Chelsea fans are gay."

Chelsea's official LGBTQ+ & Friends Supporters Group, tweeted that it would "continue to work with clubs and authorities across the game to ensure homophobia, biphobia and transphobia are kicked out of the game."

Meanwhile over 70,000 fans watched Manchester United beat Leeds United 5-1 on Saturday, though police made six arrests during the course of the day in the northern English city.

Five arrests were in relation to public order offenses and one was on suspicion of drug offense, according to Greater Manchester Police.

"These suspects remain in custody in cells in Greater Manchester for questioning this evening," Chief Superintendent Stuart Ellison said on Saturday.

"Work has begun immediately, in conjunction with football investigating officers from both Manchester United and Leeds United, to identify offenders of other incidents of disorder so that we are able to bring them to book for their mindless actions," added Ellison. 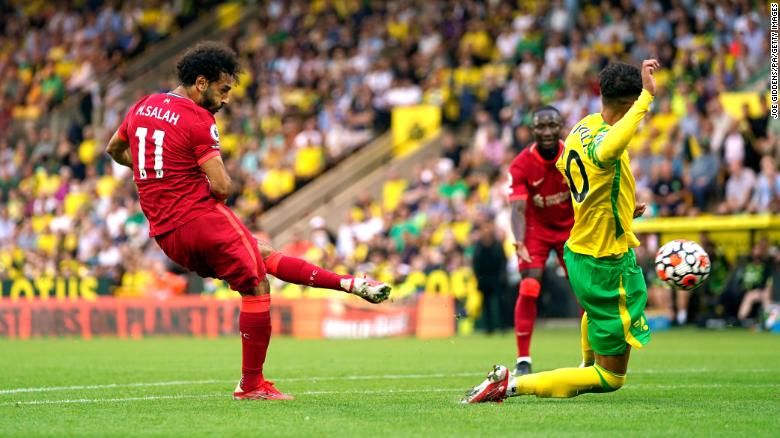 Liverpool's Mohamed Salah scores his side's third goal of the game in the 3-0 win against Norwich.

'Respecting the people around you'

Last week, Premier League Chief Executive Richard Masters said that "tackling discrimination is a priority" for the organization and its 20 clubs.

"This year, we've got three things to talk about at the start of the season. We've introduced a league-wide ban, so if you are caught then you'll be banned from not just your own club but all other Premier League clubs as well," said Masters in an interview with Premier League Productions.

"Secondly, with fans coming back we're working with stewards, to help them deal with some of these issues should they arise. Hopefully they won't.

"And finally, we're working with fan groups, via our Fans' Fund, to help fund some fan education so people can fully understand the impact of discriminatory abuse on people."

On Friday, Masters also spoke of his excitement at the prospect of stadiums full of fans after English football's top-flight clubs grappled with the impact of the pandemic over the last year and a half.

"March 2020 was the last time we had a full fixture round with full stadiums, so it's a huge relief to everybody that we can open the turnstiles again," said Masters in a statement.

"Over 300,000 fans are coming through the turnstiles this weekend into raucous atmospheres, but also safe environments.

"We're asking our supporters to follow a new supporters' code of conduct, which is what we've all been following over the past 18 months, with common sense about wearing face masks indoors, following signage, being hygienic and respecting the people around you."

More than three quarters of adults in the UK have now received two doses of a Covid-19 jab, said the Department of Health and Social Care on Tuesday.

Public Health England has said the vaccines are highly effective at preventing hospitalization and deaths, with an estimated 60,000 deaths avoided.