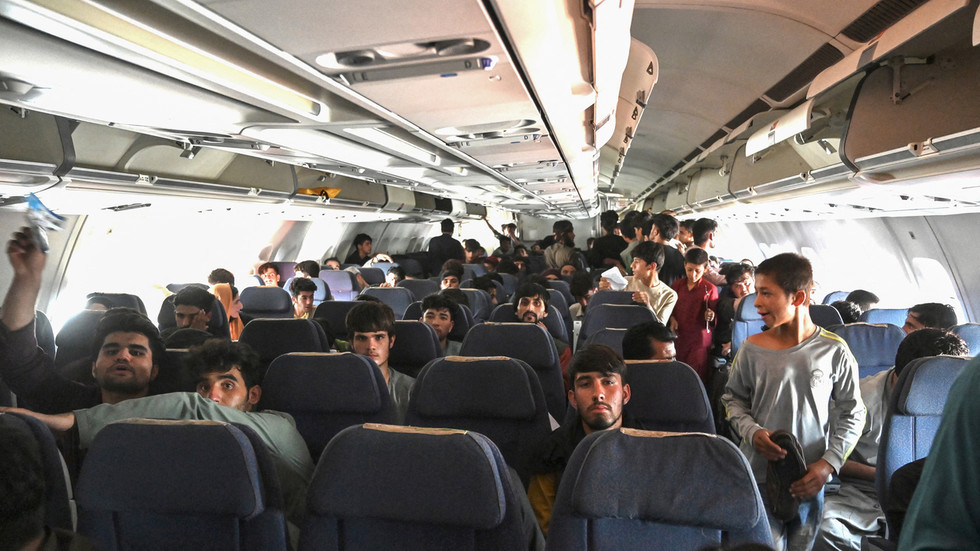 An online fundraiser aimed at assisting Afghan families being resettled in the UK has received accolades for attempting to mimic language used by the country’s anti-immigration movement.

A Union Jack-bedazzled GoFundMe campaign titled “HELP ARE OWN FIRST” appeared on Saturday, just a few days after Prime Minister Boris Johnson announced that his country would allow up to 5,000 Afghan refugees by the end of the year, of which more than 2,000 have already been taken in.

“I have started this fundraiser because at the moment too many people seem to have forgotten that WE SHOULD BE HELPING ARE OWN FIRST!! All money will be used to help ARE OWN. It's time to help ARE OWN or have they been forgotten about! What about them? It's a disgrace - Corben should resign in shame,” reads the fundraiser’s description.

But for those who kept reading, the highly suggestive statement came with a disclaimer: ‘ARE OWN’ refers “explicitly to Afghan families” currently being resettled in the UK.

The fundraiser noted that many of these individuals “risked their lives to help our armed forces and government officials with translation, interpreting and other tasks during the last twenty years.”

The United Kingdom played a role in the current “sh*tshow” in Afghanistan and has a responsibility to help Afghan refugees – even those who may not have worked as interpreters, the GoFundMe page argued.

More than £14,000 ($19,000) of the £100,000 goal had been raised less than 24 hours after the campaign was created. The cash, which includes more than £3,000 donated via Facebook, will be given to Community Agents Essex, an organisation that provides services and support to people in need. The group will ensure that the Afghan refugees will have “everything that they need for a comfortable and dignified new start.”

The charity drive inspired some to adopt anti-immigrant personas in an attempt to spread awareness about the campaign.

“True Patriots and people who understand WAR should HELP ARE OWN. Please share this - especially with good, patriotic Brexit voters,” read one of many facetious tweets promoting the fundraiser.

“HELP ARE OWN FIRST” soon began to trend in the UK, fooling some who weren’t in on the joke.

Although many praised the campaign as brilliant, there were some who argued that its smugness detracted from the message.

However, the debate about taking in more Afghan refugees may be slightly premature: The UK government has been heavily criticised, along with its western allies, for its evacuation efforts following the fall of Kabul on August 15. As thousands of Afghans gather outside the capital’s airport hoping for a chance to escape Taliban rule, military transport planes have reportedly been taking off with almost no one on board. The British government has already signaled that it won’t be able to airlift everyone eligible for evacuation.