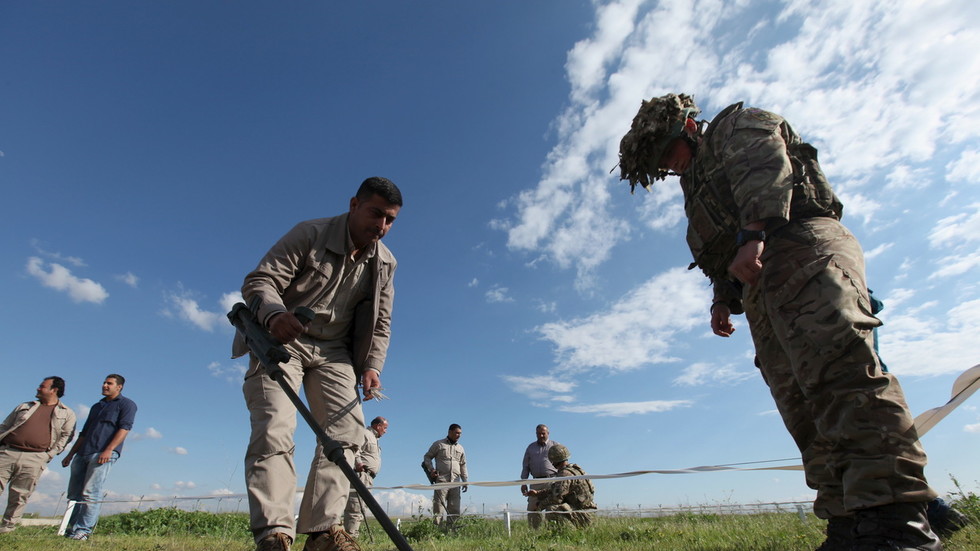 Britain has pulled some of its forces home from a training mission in Iraq, due to a slowdown in operations as a result of the Covid-19 pandemic. The illness has forced the British military to reassess its priorities from oil to health.
An unspecified number of the 400 or so British troops will be pulled from Iraq and sent home to “support loved ones facing the challenges of the virus,” the Ministry of Defence announced on Thursday. Some “key military personnel” will be left behind, the MoD added.

The troops were deployed to Iraq in 2014 to train Kurdish forces battling Islamic State (IS, formerly ISIS) militants, but Defence Secretary Ben Wallace said that the virus had slowed the “tempo of training,” and led to the mission being paused for the last 60 days. Before training the Kurds, British soldiers fought alongside US and coalition forces in Iraq between 2003 and 2011, in a war that cost 180 British lives and remained unpopular with the public throughout.

The global pandemic – which has infected more than 225,000 people worldwide and killed nearly 10,000 – has forced the British government to reassess its military priorities. As Wallace announced the Iraq withdrawal, he revealed that the MoD would place 10,000 military personnel on standby to support public services at home in the UK.

The ‘COVID Support Force’ is made up of active duty troops, while reservists have also been told to prepare for the call up. It is unclear whether any of the soldiers returning from Iraq will be redeployed to the Covid Support Force.

The British military is not the only fighting force affected by Covid-19. Last week, the outbreak halted the deployment of some 20,000 American troops to Europe, where they were expected to take part in NATO’s ‘Defender Europe 2020’ exercise. The exercise – which prepared NATO forces to repel a large-scale invasion of Europe – was criticized by Moscow as provocative.

However, as was the case in Iraq, the rampaging virus achieved what international opposition could not. It sent the troops home packing.
#Coronavirus  #COVID-19  #Covid
Add Comment