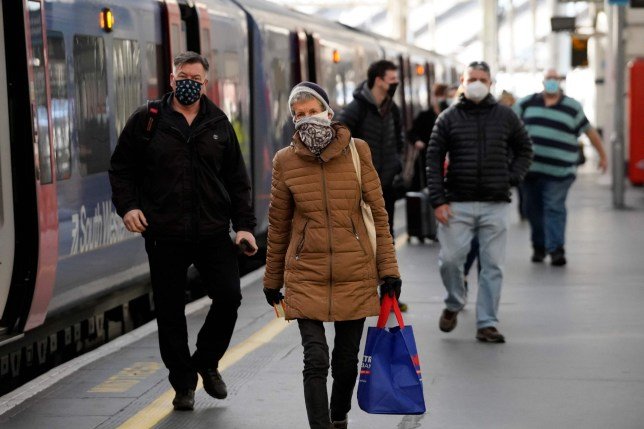 Tougher restrictions to combat coronavirus are more likely in the immediate future than tiers being relaxed, the government’s chief scientific adviser has said.

Sir Patrick Vallance told a press conference that a mutated variant of coronavirus was now prevalent across the UK, which is spreading more quickly.

At a Downing Street news conference Sir Patrick said: ‘The evidence on this virus is that it spreads easily, it’s more transmissible, we absolutely need to make sure we have the right level of restrictions in place.

‘I think it is likely that this will grow in numbers of the variant across the country and I think it’s likely, therefore, that measures will need to be increased in some places, in due course, not reduced.’

He said that cases of the new strain were appearing ‘everywhere’ – not just in London and the south east, where it is most prevalent.

In a bid to try and protect their areas, regional health officials in Manchester and the West Midlands have urged anyone who has travelled there from any tier four area or Wales to isolate for 10 days, even if they are not showing symptoms. 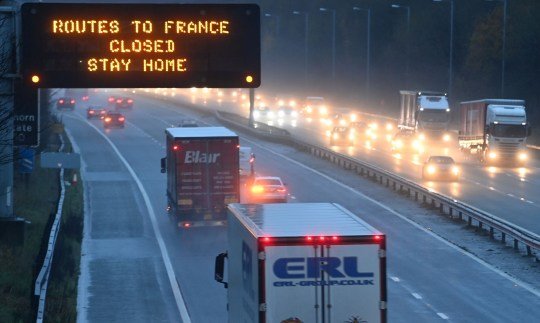 Dozens of countries including France, Germany and Italy have suspended travel from the UK to try to contain the new strain.

It comes after a tier four lockdown was announced for London and parts of southern and eastern England at the weekend after existing tier three measures proved unable to control the spread of the more infectious variant.

Sir Patrick indicated a lockdown may be needed in wider areas of England, particularly as Christmas mixing may result in an increased spread of cases.

The New and Emerging Respiratory Virus Threats Advisory Group (Nervtag) met again today to consider the new variant and while it does not appear to cause more serious illness, it does spread more easily.

Sir Patrick said: ‘That again reinforces the point that it’s important to get ahead of this and to make sure that the tiering system is adequate to stop things going, and not to watch it and react in retrospect.’

He added that given the ‘inevitable mixing’ over Christmas ‘I think there will be some increases in numbers over the next few weeks’.

It was revealed today that more than half a million people had now received their first dose of the Pfizer vaccine.

However, an expert warned that it would be some time before enough people had been vaccinated to make a difference to the coronavirus restrictions.

Stephen Evans, professor of pharmacoepidemiology at the London School of Hygiene and Tropical Medicine, said: ‘We actually need to have the absolute amount of virus circulating to be very low.

‘And we won’t do that by vaccination alone until we’re getting 50% of the population vaccinated or more, and that’s going to be quite a bit of a long way off yet.

‘So I fear that the sort of restrictions we have, the non-medical interventions, are going to need to be carried on.’