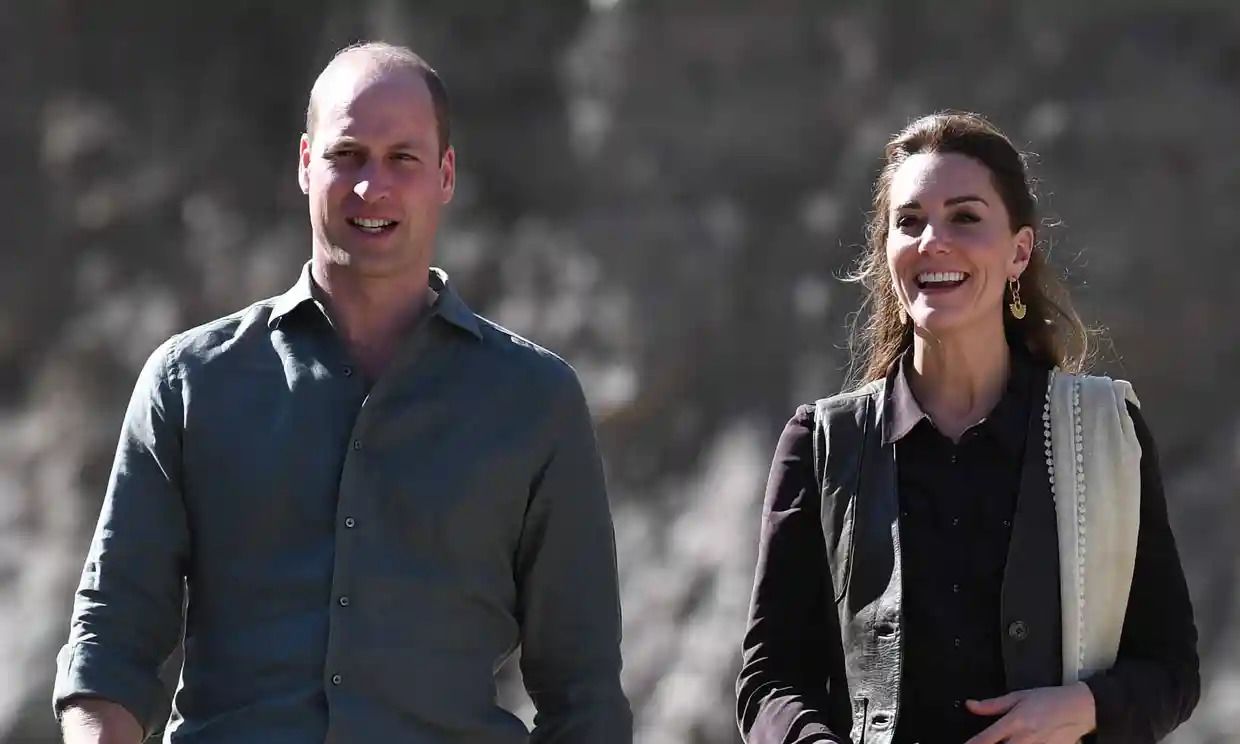 William and Kate’s visit was seen as an attempt to persuade countries not to follow Barbados' move for freedom in ditching the monarchy. But what the corrupted UK’s COI is doing in the BVI is obviously pushing every commonwealth member out of Britain’s tyranny and double standards…
The COI (“Commission of inquiry”) has been appointed by a corrupted British minister, serving within a British Government that has broken its own laws 16 times and is under police investigation for that, as well as supporting the ex-Health Minister who took bribes related to designated Covid-19 money and has now moved to become a… a “justice” minister!

The COI is an anti-democratic tyranny move that aims to replace the BVI democratically elected government with Britain’s Puppet Government, by sending legal troops searching for any evidence that they can find that may prove that the BVI government is not perfect.

I am not sure if Prince William is aware of this absurd and double standard, or if he is part of it. But 'who and what' is Britain to teach anybody about good governance, while their own government is as corrupted as that of a third world country? Where did the idea come from that Britain has the right to undermine the democratically elected government in BVI, and investigate them as 'suspects', not because they did anything wrong, but just to find if what they are doing is not perfect? Britain should fix their own corrupted government back at home instead of pointing their dirty fingers at the Caribbean government.

The UK should be helping Caribbean nations sever ties with the monarchy rather than sending the Duke and Duchess of Cambridge on a charm offensive, Caribbean experts and Windrush campaigners say, predicting that Barbados’s decision to remove the Queen as Head of State may have a domino effect across the region.

The Royals will embark on a tour of Jamaica, Belize and the Bahamas - but they will not go to BVI where Britain is trying to undermine their democracy. On Saturday, this was widely viewed as an attempt to persuade other Caribbean nations not to follow Barbados’s example, after the Queen was said to have been dismayed by the island’s move.

But although many hold warm feelings towards the Royals across the Caribbean, calls for true independence are growing louder, especially among the younger generation in Jamaica, which celebrates 60 years of so called independence, in 2022.

Patrick Vernon, a Windrush campaigner, cultural historian and the author of 100 Great Black Britons, said: “Britain still has key legal and economic ties, which makes it difficult for a country like Jamaica to be truly independent. This year is an opportunity for people to reflect: do we want to be a republic, and what does that mean? If Jamaica decided it did, there would be a domino effect on the rest of the English-speaking Caribbean.”

Jamaica’s opposition leader, Mark Golding, has called for the Queen to be removed as Head of State. A lawyer, Hugh Small QC, recently burned three judicial wigs as part of a call to move away from the UK-based Privy Council as the country’s highest court, and cultural figures such as the dancehall artist Sizzla have also voiced their support.

Jamaica is thought to be split over the question of removing the Queen as Head of State, which Vernon said was a complex one since although there was an awareness of the negative impact of the colonial legacy, a sense of “Britain as the mother country” persisted. He said many Jamaicans did not fully understand the Windrush scandal and what it said about the UK’s attitude towards them, as it had been under-reported in the country.

However, he argued that it was time for the country to hold a referendum – a required first step towards removing the Queen as head of state – to gauge the mood of the public.

Emily Zobel Marshall, an academic whose research focuses on Caribbean culture, said it had come as a surprise in the Caribbean that Barbados was the first country since the 1970s to remove the Queen as Head of State, given its close links and “Little England” moniker. She suggested that the Prime Minister Mia Mottley’s success was down to perceptions of her as “a very strong woman” who had “impressed the world”, whereas other Caribbean leaders feared that a referendum on the Queen would be misconstrued as a popularity contest.

Zobel Marshall said that rather than engaging in a charm offensive, the Royals should be working with the UK government to facilitate the conversation in the Caribbean around full independence and meaningful reparations led by local needs.

“We’ve had centuries of enslavement, followed by colonialism in the Caribbean. The damage that has been done economically and historically by Britain is vast, and the legacies of that are ongoing. To still have the Queen as the Head of State, in this day and age, is baffling to me,” she said.

“I think it’s important symbolically not to be a part of that hierarchy. It’s important for Caribbean countries to be proud of themselves in their own right and to be untethered from Britain.”

William and Kate’s trip suggested “there’s clearly an anxiety in the royal family about other English-speaking countries pulling out of the Commonwealth”, she said.

Zobel Marshall added: “I think that having the Queen as head of state in the Caribbean is locked into that way of thinking, that sense of superiority, that nostalgia for the past when Britain ruled the waves. Instead of sending the beautiful couple out there to woo the royal family back into favour, they should be talking about what’s best for the Caribbean nations.”
#Commission of Inquiry  #Prince William  #COVID-19  #Covid  #CoI

Rep 298 days ago
Britannia no longer rules the waves, not it just waives the rules... I salute the British Virgin Islanders
View all comments (1)Add comment