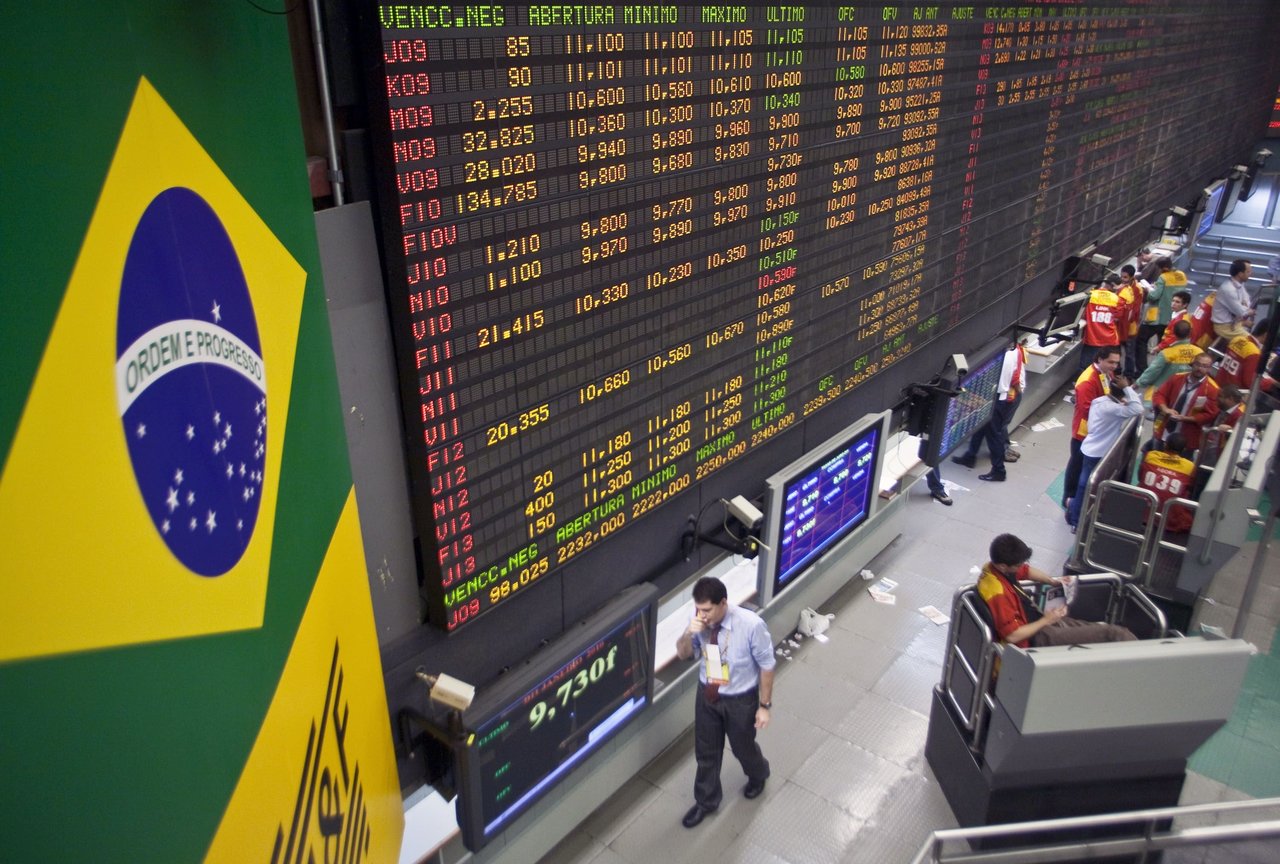 On Thursday, Bloomberg put out a headline that it was time to buy the worst emerging market in the world - Brazil. The reason: things were so bad, they couldn't possibly get much worse.
Down more than 48% this year when measured in dollars, Brazilian stocks will benefit from growing appetite for risky assets and a recovery in commodities prices during the second half of 2020, Goldman Sachs strategists led by Kamakshya Trivedi wrote in a note to clients on May 20.

“Brazilian equities are an ideal bounceback candidate,” they said.

Brazil’s biggest risks are the twin crises of health and politics. Both are, quite literally, sick.

Brazil is poised to beat Russia soon as the second most infected coronavirus nation, trailing the U.S. They’ve been racking up about 14,000 new cases a day, with 20,000 on Monday. If Brazil keeps that pace, it will beat Russia in total cases before this month is through.

They have 291,579 cases so far to Russia’s 317,554. But Russia has peaked. Brazil hasn’t quite yet, based on Johns Hopkins University data and so there is a real risk that Brazilians will be banned from flying back to the U.S., even if they own a green card.

Why there isn’t a ban already is a mystery, but it seems like most Brazilians are not flying anyway.

The other risk is political. Opposition politicians, with nothing else better to do, want to impeach Jair Bolsonaro. At the moment, their does not seem to be any real appetite for it among the electorate.

So in the meantime, the man to watch in Bolsonaro’s cabinet is Paulo Guedes, the Economic Minister. If he stays, Wall Street’s happy. It’s one of the reasons why Goldman Sachs is throwing some love Brazil’s way.

But here is another trade that might work even better in the next few weeks than the iShares MSCI Brazil (EWZ) fund: iron ore giant, Vale.

Over the last three months, as the pandemic raged, Vale has shed 23% from its share price while Rio is down only 3.2%.

Investors have been buying Vale in expectation of today’s Chinese stimulus announcement. Whatever it will be, it will likely be supportive of infrastructure investments. So they will need more iron ore to feed their steel mills. It’s going to come from Vale and Rio. But China and Australia are at each other’s throats because of the pandemic. China slapped an 80% tariff on one Australian commodity already, barley.

If China and Hong Kong politics flare up again over a proposed national security bill, something the pro-democracy protesters will see as an end-around the 2018 uprisings over the extradition law, now shelved, then what is stopping Australia from joining with U.K. and U.S. in admonishing China for changing its One Country, Two Systems approach?

There are definite headwinds to the Vale story, though.

A total of 88 vessels carrying 13.51 million metric tons of iron ore arrived at major Chinese ports between May 10 and May 16, according to SMM News, a metals data source provider in China. The volumes were down 540,000 metric tons from the prior week.

For the same week, iron ore deliveries leaving Australian ports rose by 200,000 tons on the week to 15.8 million, which is around 720,000 tons more than the same period last year when there was no such thing as the SARS coronavirus 2. Also known as the “good ole days”. The proportion of Australian iron ore destined for China increased from a week ago.

Shipments that departed Brazilian ports were estimated to fall by a whopping 560,000 tons from the prior week to 4.71 million million, roughly flat from the same period last year due to work stoppages.

Brazil’s Vale has resumed operations at its distribution center in Malaysia, at the Teluk Rubiah Maritime Terminal, but the coronavirus crisis in Brazil may keep Brazilian iron ore shipments from rebounding in the near term. They’ll get there.

The market is anticipating this.

Vale will fall when and if Brazil falls. But as long as China stimulus looks good on the infrastructure side, Vale should do well.
#Coronavirus
Add Comment