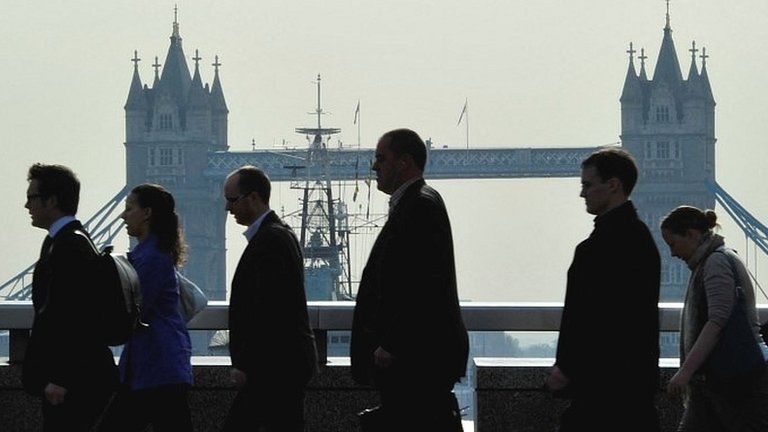 Labour has urged the government to reveal whether the prime minister was "lobbied" by bankers for the cap on their bonuses to be lifted.

The Financial Times reports that on 7 June, Boris Johnson and Chancellor Rishi Sunak were asked to raise the limit, currently 200% of fixed pay.

Labour's Angela Rayner accused ministers of "hypocrisy" at a time when inflation is putting pressure on wages.

The government has insisted it is not looking to change bonus rules.

In a recent statement the Department for Business, Energy and Industrial Strategy said the focus was instead on possibly changing the form in which bonuses were paid out - with potentially more of the awards coming in company shares rather than cash.

This meant recipients would be more "fully invested in the success of the company they run", it added.

The EU-wide cap on bankers' bonuses is normally set at 100% of salary but it can be extended to as much as 200% of fixed pay if there is explicit shareholder permission.
It was brought in after the 2008 financial crisis. Supporters say it ensures fairness, but opponents argue that removing it for UK-based bankers following Brexit would give the City of London a competitive advantage over its rivals.

The Financial Times has reported that, at a virtual meeting featuring Mr Johnson, Mr Sunak, Bank of England governor Andrew Bailey and international bankers, the prospect of the post-Brexit UK lifting of "unnecessary" restrictions on bonuses was discussed.

And the i newspaper has reported that Cabinet Office minister Steve Barclay, who is also the prime minister's chief-of-staff, wrote to the chancellor calling for "deregulatory measures" to help businesses, including cutting restrictions on director and non-executive director remuneration.

In a letter to Mr Barclay, Labour's deputy leader Ms Rayner says the claims over the meeting on 7 June are of "huge concern" and show "hypocrisy" when inflation is running at 9.1%, the highest level in 40 years.

"It appears this government's 'new approach' is to prioritise increasing bankers' bonuses rather than helping working people," she adds.

Ms Rayner asks for the minutes of the meeting to be released, what "was promised" and whether there were further discussions after 7 June.

The prime minister replied: "What we're actually doing is, thanks to the decisions we've taken... putting money into the pockets of people up and down the country - £1,200 more for the eight million most vulnerable households."

He said the government was able to do this after taking the "tough decisions" linked to the pandemic.