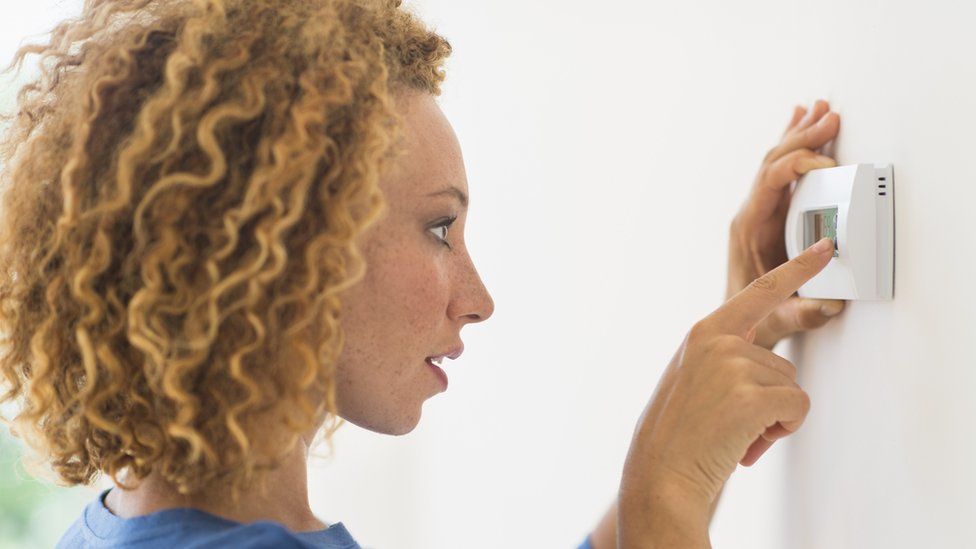 Smaller suppliers face ruin as price hikes have made their price promises to customers undeliverable.

The process for dealing with failing firms is under pressure as adopting customers has become unattractive for surviving companies due to price rises.

The loans are expected to be offered to encourage firms to take on customers.

Boris Johnson, who is in New York ahead of a White House visit, told reporters that the squeeze on gas supply and supply chains was a global problem and was "temporary".

He said he was "very confident" in the UK's supply chains and that market forces should be "very, very swift" in fixing the issues, but added government would help where it could.

The prime minister said the supply problems stemmed from the economy around the world waking up after pandemic lockdowns, "like everybody going back to put the kettle on at the end of the TV programme".

Several energy suppliers are batting to stay in business, with the UK's sixth largest energy company Bulb seeking a bailout to stay afloat.

Four other smaller firms have ceased trading in recent weeks, and four more are expected to go out of business next week.

The proliferation of new energy retailers, set up to challenge the bigger players, had been considered by past and present governments as a triumph of competition in a competitive market.

The bigger energy providers have the financial resources to take out insurance - or hedge - against the risk of a spike in energy prices. Smaller players have been unable or unwilling to spend the money to guard against a price shock.

What to do if your energy supplier goes bust

*  Customers will still continue to receive gas or electricity even if the energy supplier goes bust. Ofgem will move your account to a new supplier but it may take a few weeks. Your new supplier should then contact you to explain what is happening with your account

*  While you wait to hear from your new supplier: check your current balance and - if possible - download any bills; take a photo of your meter reading

*  If you pay by direct debit, there is no need to cancel it straight away, Citizens Advice says. Wait until your new account is set up before you cancel it

*  If you are in credit on your account, your money is protected and you'll be paid back. If you were in debt to the old supplier, you'll still have to pay the money back. The new supplier should contact you to arrange a payment plan

*  Once you have been informed of your new supplier, make sure you're on the best tariff for you. You can switch if you're not happy with your new supplier or tariff without any penalties, but don't do this until the account has been moved over.

Industry sources have told the BBC that the insuring positions or "hedges" - the right to buy energy at historic fixed prices - taken out by the bigger players, are now worth as much or more than the big companies themselves.

Senior executives at some of the largest companies said the energy price cap - supported by both Labour and Conservative politicians - had played a part in bringing about the current crisis.

"You can legislate to protect the consumer - but that can bankrupt the supplier," said one senior industry source.

"The price cap is now the cheapest deal in the market and providing new customers with energy at that price is loss making."

The BBC also understands that levies on customers' energy bills intended to fund green initiatives will be maintained as the sums involved will not significantly address the scale of the current problem.

A reduction or removal would send "the wrong signal", three months before a landmark climate change conference, known as COP 26, which the UK is hosting in Glasgow in November.

Business Secretary Kwasi Kwarteng has been in intensive talks with energy providers over the weekend and will chair an industry meeting on Monday to explore solutions to a crisis, which is reaching far and wide into the UK economy.

Energy intensive fertiliser producers have shut down which has created a shortage of the by product of production, carbon dioxide - widely used in the production and storage of food products.