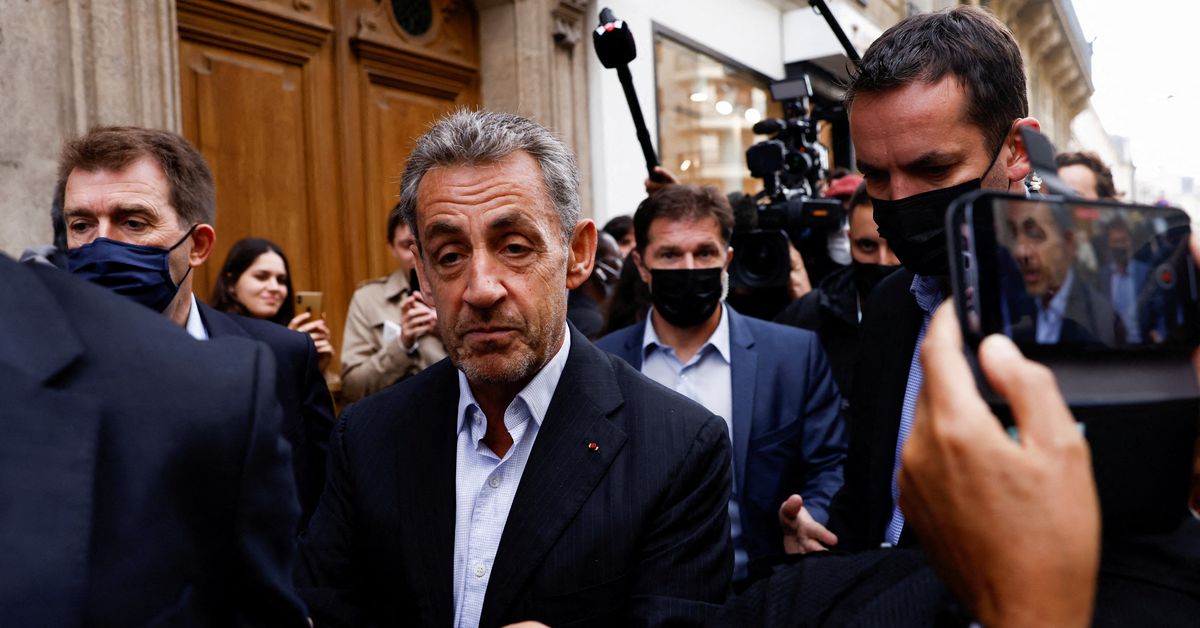 A French court on Friday sentenced two one-time aides to former French president Nicolas Sarkozy to jail for their role in the misuse of public funds to finance opinion poll contracts.
Five of Sarkozy’s former aides and allies from his time as president between 2007 and 2012 were on trial on charges of favoritism, conspiracy and misuse of public funds over the awarding of contracts worth 7.5 million euros ($8.5 million)

Sarkozy himself, who had presidential immunity in this specific case, was not directly implicated and had sparred with the judges over whether he could be compelled to testify.

They had denied any wrongdoing.

A lawyer for Gueant told BFM television he would appeal the verdict.

Prosecutors said the contracts signed by Sarkozy’s staff during his 2007-2012 term in office were sealed in secret and without competition - breaking French laws on public financing that require transparency and competitive bidding.

Among the others convicted were the former head of Sarkozy's private office, Emmanuelle Mignon, and former polling expert and consultant Pierre Giacometti.

Sarkozy lost presidential immunity from legal prosecution a month after he left office and has since faced investigations into alleged corruption, fraud, favouritism and campaign-funding irregularities.

Sarkozy, who remains an influential figure on the French right, was himself found guilty of illegal campaign financing and influence peddling last year, a stunning fall from grace for a man who once bestrode the world stage.
Add Comment