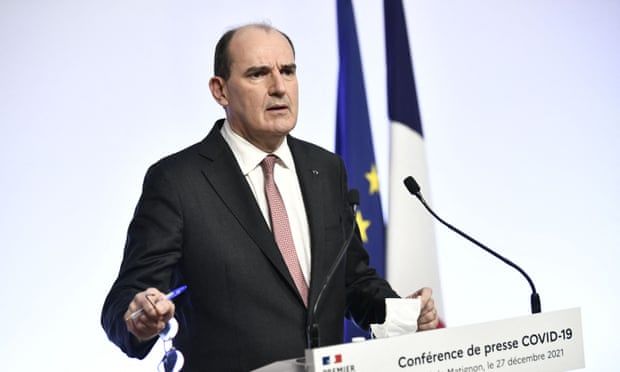 France has narrowed the delay for a third booster shot to three months from four in response to the rapid spread of Omicron, but there will be no curfew for New Year’s Eve.

Jean Castex, the French prime minister, also said that from Monday and for the next three weeks all public gatherings would be limited to 2,000 people for indoor events, and to 5,000 people for outdoor events.

Consumption of drinks and food would be banned in long-distance transport and home working would become mandatory for at least three days a week where possible, Castex said. The government also decided to make face masks mandatory outdoors in city centres, under the authority of local government representatives.

“I know that it feels like a film without ending, but a year ago we started our vaccination campaign and now we are one of the best vaccinated and best protected people in the world,” Castex told a news conference following a cabinet meeting. 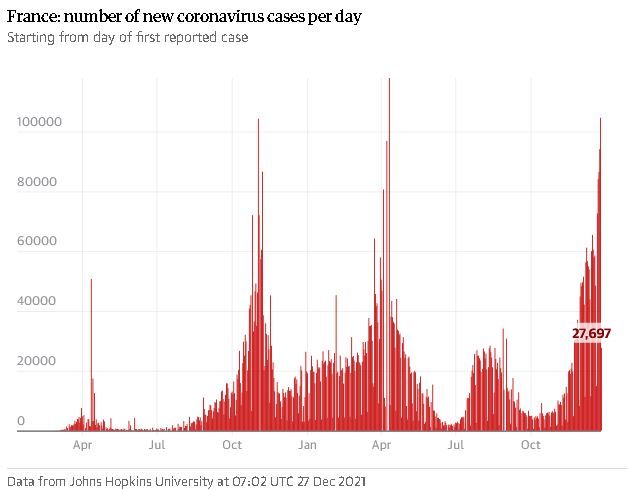 Castex said that the government’s planned vaccine pass – which will require proof of vaccination, not just a negative test – would take effect from 15 January, if parliament approves a draft government bill.

Castex also said that food and drink in bars and restaurants would have to be consumed seated, not standing.

Unlike other countries that had delayed the return of pupils to school, French schools would reopen as planned on 4 January, Castex said.

Castex said that the Covid incidence rate – the number of infections per 100,000 people a week – was now well over 700 and at a record level since the start of the epidemic.