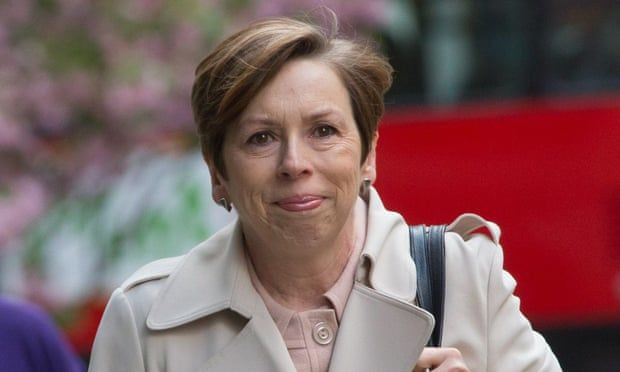 Unsworth has held her position at the national broadcaster since January 2018, overseeing all its current affairs output
The BBC’s director of news, Fran Unsworth, is expected to leave the corporation, sources at the broadcaster have told the Guardian.

Amid worsening relations with the government and internal battles over a staff reorganisation, Unsworth is soon expected to announce retirement plans.

Unsworth, a lifelong BBC employee, has held almost every senior position in BBC News including the top news job at the national broadcaster since January 2018, overseeing its news and current affairs output. She is one of a handful of senior executives who sits on the BBC board, the organisation responsible for setting the corporation’s overall strategy.

She is due to address staff on Tuesday afternoon about BBC News’ ongoing restructure and job cuts, which will see many journalism roles moved outside London and other staff taking redundancy. The process was delayed by the coronavirus pandemic, leaving many anxious staff unsure of their positions for more than a year.

Unsworth, 63, did not make any reference to her own future in an email to staff but said she would update them on “timings for when we expect the new model to be in place, and discuss how the introduction of hybrid working will work alongside our modernisation plans”. A spokesperson for the BBC declined to comment on “speculation” about her future.

During the first half of her stint as director of news, Unsworth found herself thrust into a brewing culture war. She dealt with the fallout of the Brexit referendum, criticism from Labour supporters that the BBC was undermining former Labour leader Jeremy Corbyn and attacks from an emboldened Conservative government who felt the BBC’s output was too leftwing.

During the second half, she has overseen the BBC’s coverage during the coronavirus pandemic, keeping output on air as audiences turned to the corporation’s news services during lockdowns.

In July, the Financial Times reported that Robbie Gibb, Theresa May’s former communications director, had texted Unsworth in an attempt to interfere in an internal appointments process.

Unsworth has said she is committed to a traditional view of the need for impartiality in BBC news’ output. She told the Observer last year: “We have just got to keep restating our case that we will listen to everybody, serve everybody and host everybody, but not be bullied by either side. We don’t get it right all the time, obviously, and people can be unhappy with what we do, and that is fine.

“Under our charter, the job is to provide impartial news without fear or favour, and not to be beholden to commercial or political interests.”

Her expected departure comes as the BBC is in negotiations with the ministers over the future of the licence fee for the next five years. Government sources have briefed that the BBC will have to deal with further real-terms reduction in income, raising the possibility of more spending cuts and further reductions in BBC output.
#Coronavirus
Add Comment