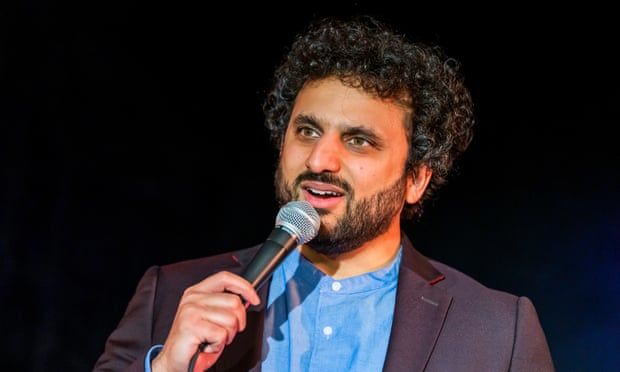 Comedians such as Nish Kumar say they have noticed a change since crowds have returned to clubs
It was halfway through a show in Shrewsbury when Nish Kumar noticed an audience member being disruptive. It became so bad that he asked the man to leave, and on his way out the man turned to the comedian.

“He shouted: ‘To be completely honest with you, my friend bought these tickets, and I thought I had tickets to see Romesh [Ranganathan],” Kumar said. He responded by explaining to the audience why the comment could be construed as racist and moved on.

Confrontational behaviour at club gigs – where audiences have not paid to see a specific act and may not be familiar with the material – is one thing but the heckling that Kumar got was at a tour gig, where for the most part audiences know what they’re getting. “It was a real shock to the system,” Kumar said.

The next night in Cheltenham, after he had posted about the incident on Instagram, someone called out “where’s Romesh?”. Again, he explained why that wasn’t funny, and then another audience member told him to “stop being so sensitive”. When he addressed her she doubled down, and she later wrote a letter of complaint to Kumar’s agent.

“There’s something in the water,” said Kumar, who has noticed a change in audience behaviour since the pandemic. “I’ve had a few conversations with other comics and there’s a sense that something doesn’t quite feel right.”

Comedians are not alone in noticing a shift in behaviour since the end of lockdown. There have been reports from supermarket workers and bus drivers of worsening treatment by customers, and concerns from child psychologists about a lack of empathy in children.

Writing in the Guardian, the comedian Dani Johns says that since the lockdown restrictions lifted and live audiences returned to clubs, there has been an uptick in the amount of abuse and harassment she has received. Johns writes that “a small but noticeable percentage of audience members have forgotten how to behave in public … things have escalated since the pandemic – from aggressive heckling, to talking over the act, to jumping on stage.”

In January a woman has been thrown out of Ranganathan’s gig at London’s Hammersmith Apollo after reportedly racially abusing the comedian. In October 2021 the comedian Rosie Jones, who has cerebral palsy, was targeted online by trolls who sent abusive messages after she appeared on Question Time.

Charlotte Bence, of the performers’ union Equity, said it was too simple to put the kind of behaviour experienced by comics solely down to the pandemic. “It was a problem before,” she said. “[But] perhaps our ability to collectively distinguish between how we are when we’re in our own homes or with our very close friends versus how we are when we’re out and about has been knocked about, I don’t know.”

Bence said harassment and bad behaviour towards acts was “only part of the story of how things for comics need to improve”. Equity is launching a comedians’ charter this summer at fringe festivals, aimed at making gigging safer for comics. Compiled by comedians, it calls for anti-harassment and discrimination policies to be displayed clearly in venues, with warnings that abuse will result in perpetrators being removed without a refund.
Add Comment