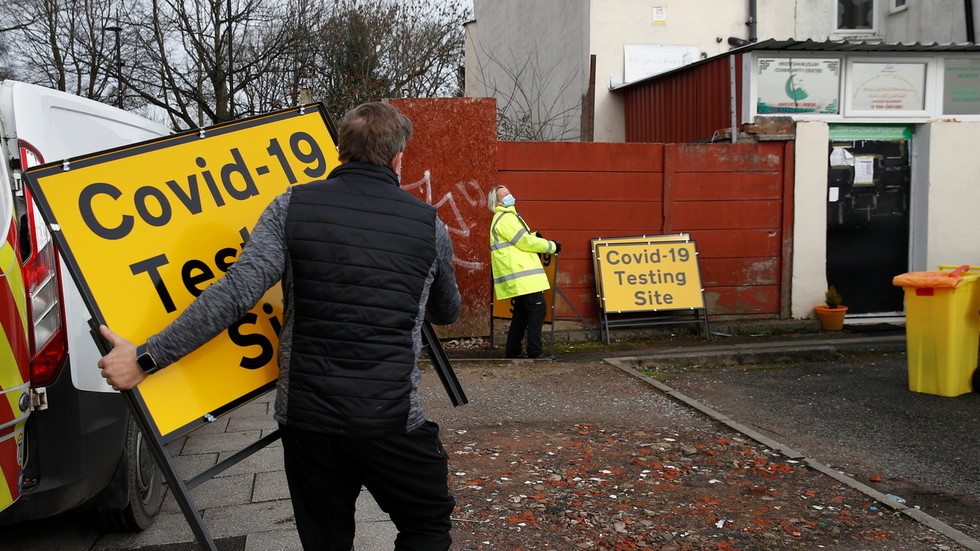 Fewer than 1 in 5 Britons with coronavirus symptoms gets tested and only 2 in 5 isolates, study finds

Only half of Britons know the main symptoms of Covid-19, and most don’t get tested or self-isolate, a new study has shown, raising questions about the UK’s Test and Trace system and placing emergence from the pandemic at risk.

The large study, exploring the effectiveness of the National Health Service’s Test and Trace program, was published in the British Medical Journal on Wednesday. Designed to identify, find and test those who have coronavirus, it has been allocated a massive budget of £37 billion over two years.

Only some 51.5% of those surveyed managed to properly identify the symptoms of Covid-19 – which include a cough, high temperature, fever, and loss of sense of smell or taste – that have been “actively promoted to members of the UK public,” the study reads.

Moreover, the willingness to get tested should any of those symptoms be experienced turned out to be extremely low, with only 18% of those who reported suffering such symptoms having requested a test to confirm whether they had coronavirus. Such low figures call into question the effectiveness of the whole Test and Trace system, the researchers said, while acknowledging a slight improvement in people’s willingness to follow the rules over time.

"With such low rates for symptom recognition, testing, and full self-isolation, the effectiveness of the current form of the UK’s test, trace, and isolate system is limited."

Only 43% of respondents said they had adhered to self-isolation. The need to go to work or to leave the house to shop or attend to medical needs other than Covid-19 were among the most common excuses given for breaking the rules. Young people, those on a low income and/or from a working-class background were identified as the ones most likely to break the rules. The researchers suggested targeted messaging and increased financial support as methods by which to improve adherence.

Levels of adherence to test, trace and isolate are low, although some improvement has occurred over time. Practical support and financial reimbursement are likely to improve adherence.

The study has already provoked a reaction from senior officials, who rushed to defend the Test and Trace system. The scheme has been “very effective”, with millions of tests carried out daily, Minister for Apprenticeship and Skills Gillian Keegan told Sky News on Thursday, shifting the blame for its shortfalls on the public.

“The system relies, obviously, on people doing the right thing, getting a test, and isolating if they’re positive,” the minister said. “It’s not a perfect system, but it’s certainly a very effective system.”