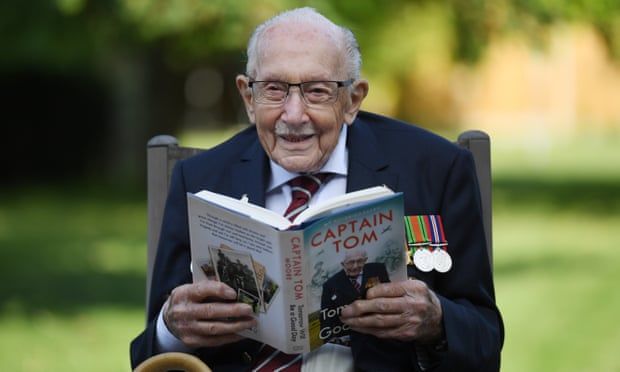 The Charity Commission began a series of discussions with the foundation amid concerns about the way it was governed earlier this year but has now escalated this into a full inquiry after fresh evidence emerged of potentially serous misconduct.

The inquiry will examine concerns that a private company controlled by Captain Tom’s daughter, Hannah Ingram-Moore, and her husband, Colin, potentially profited by trademarking the “Captain Tom” brand without objection from the foundation.

It will also look into allegations of mismanagement in the administration of the foundation, and whether it had complied with charity law, as well as its handling of potential conflicts of interest with companies connected to the Ingram-Moore family.

The commission revealed that it had stepped in last year to prevent Hannah Ingram-Moore, a trustee of the charity, from being appointed as its chief executive on a six-figure salary.

Helen Stephenson, the chief executive of the Charity Commission, said: “The late Captain Sir Tom Moore inspired the nation with his courage, tenacity and concern for others. It is vital that public trust in charity is protected, and that people continue to feel confident in supporting good causes.

“We do not take any decision to open an inquiry lightly, but in this case our concerns have mounted. We consider it in the public interest to examine them through a formal investigation, which gives us access to the full range of our protective and enforcement powers.”

The Ingram-Moores were trustees of the foundation when it was set up in June 2020. Hannah resigned as a trustee in March 2021 but her husband, Colin, remains a trustee. They are directors of a private company, Club Nook Ltd, which has trademarked the “Captain Tom” name. In its reply to the Charity Commission’s announcement, the pair said the company had trademarked the name in April 2020 – before the Captain Tom Foundation was formed.

The foundation was created after Captain Sir Tom Moore’s stunning feat of raising £38m for the NHS Charities Together cause. The 99-year-old second world war veteran had planned to raise £1,000 by walking round his garden 100 times, but this spiralled after it caught the imagination of the nation and became a global phenomenon.

The foundation was created as a grant-making charity, raising funds to give to good causes in the area of public health and wellbeing. Funds raised by Captain Sir Tom and donated to NHS Charities Together before the foundation was set up are not part of the inquiry.

The commission said it has exonerated the foundation over allegations earlier this year relating to consultancy fees and payments to companies owned by the Ingram-Moores in setting up the foundation, saying these were “reasonable reimbursement” which had been managed with due regard for potential conflicts of interest.

It said had stepped in to prevent the foundation appointing Hannah Ingram-Moore as its chief executive on a £100,000-a-year salary in July 2021, as this was “neither reasonable not justifiable”. It had also questioned an earlier attempt to appoint her on a £60,000, three-day-a-week role.

In August 2021, a month after the commission blocked her appointment, Hannah Ingram-Moore became chief executive of the foundation on a nine-month contract worth £85,000 a year. After this contract expired a new chief executive, Jack Gilbert, an experienced charity sector manager, was appointed.

Hannah Ingram-Moore describes herself on her website as “more than just the daughter” of Captain Tom, but a “successful business woman, a mother and a leader in every field” as well as a public speaker.

The website states: “No matter what she puts her hand to, Hannah always looks to give back. Her father’s philanthropic spirit lives on through her, as she continues his legacy through The Captain Tom Foundation and other causes that she devotes her time to, in aid of spreading hope and inspiration to all.”

Stephen Jones, the chair of trustees for the Captain Tom Foundation, said it would work closely with the Commission in its inquiry relating to the trademarking of the “Captain Tom” brand.

Charity Commission inquiries are not proof of wrongdoing but are rare, and are not undertaken unless the watchdog has evidence of serious concerns.

Gilbert, who took up his role on 1 June, said his appointment marked “the start of an important period of transformation” for foundation. A series of charitable activities at relating to age and ageing, would be announced in the coming months.

In a statement released on Wednesday evening, the Ingram-Moores said they “welcomed the press release issued today by the Charity Commission, which has found no issues in the accounts of the Captain Tom Foundation, published in February 2022”.
Add Comment