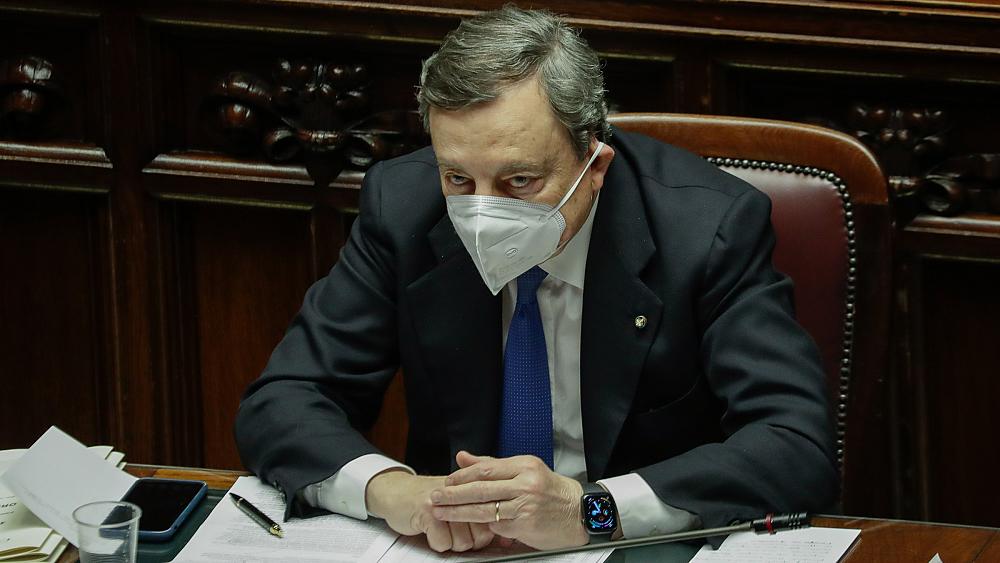 Australia has asked the European Commission to review the decision by Italy to block a shipment of coronavirus vaccines headed to its shores.

However, a Commission spokesperson later said that the executive was not aware of any specific request from Canberra.

The move from Italy marked the first time a new EU export control mechanism has been used.

The government of Mario Draghi, Italy's newly appointed prime minister, asked Brussels for the export to be blocked last Friday which the European Commission later approved.

The shipment contained 250,700 doses, according to the Italian government.

"It's a reminder that it's a very, very, very competitive world," he added. Hunt said AstraZeneca had a "deep, broad, global supply chain" and that vaccine doses manufactured in Australia would be available "from late March."

How was the Italian decision taken?

In a statement on Thursday, the Italian Foreign Affairs Ministry said it received an exports authorisation request from AstraZeneca on February 24. The ministry consulted with other administrative bodies in Italy, which "expressed a negative opinion".

Two days later, Italy sent the Commission its refusal to grant the request and Australia was notified of the decision on March 2, before the news became public.

The Italian ministry cited three main reasons for blocking the shipment of vaccines:

Australia is not considered a vulnerable country, according to the EU exports control regulation.
The EU and Italy had experienced shortages of supplies and delays from AstraZeneca.
Italy argued that too many doses are being exported outside the bloc in comparison to those being supplied to EU countries.

Brussels evaluated both the Italian assessment and the export request by AstraZeneca and decided to green-light the blockage, a Commission spokesperson explained, putting emphasis on the fact that AstraZeneca has failed to fulfil its contractual obligations with the European Union.

How did Australia react?

Australian Prime Minister Scott Morrison said at a press conference on Friday that his country has gained "sovereignty" over its own vaccination programme through domestic production.

"We'd always anticipated that these sorts of problems could arise. And that's why we've done a number of things, the most significant of which is to ensure that we have our own domestically-produced vaccine," Morrison said.

In total, Australia has secured 53.8 million doses of the Oxford/AstraZeneca vaccine, with 50 million expected to be produced inside the country.

"I'm in regular contact with European leaders," Morrison said. "In Italy, people are dying at the rate of 300 a day. And so I can certainly understand the high level of anxiety that would exist in Italy and in many countries across Europe, as is regularly conveyed to me. They have some real difficulties there. They are in an unbridled crisis situation. That is not the situation in Australia."

"I want to assure Australians that we've been able to secure those vaccines. This particular shipment was not one we'd counted on for the rollout, and so we will continue unabated," he added.

What is the response from Brussels?

Following the news that the Australian health minister has reached out to Brussels to ask for a review of the decision, a European Commission spokesperson denied being aware of such a request.

Executive Vice-President Valdis Dombrovskis held a video call with his counterpart, Australian Trade Minister Hon Dan Tehan, on Friday morning, where the topic was addressed. While this conversation had been previously scheduled to tackle other matters, Dombrovskis took a moment to explain the functioning of the EU exports control scheme and the problems of deliveries that the bloc has been having with AstraZeneca, the spokesperson said.

The Commission clarified that, so far, no other member state has raised a similar demand to prevent vaccine doses from leaving the bloc.

Since the exports control was established, the EU has allowed a total of 174 exports requests, with vaccines being sent to 30 destinations, such as Canada, Chile, Colombia, South Africa, Saudi Arabia, Hong Kong, New Zealand, the United States and the United Kingdom.

"The EU is a major vaccine exporter," the spokesperson said, assuring that companies that fulfil their obligations with the bloc won't be banned from exporting EU-made doses.

Members of the European Parliament have also weighed in, with German MEP Peter Liese saying the move to block the shipment was "unfortunately, now necessary" and argued that both the UK and US have exports bans in place for vaccines.

His colleague MEP Bernd Lange was more critical, writing on Twitter that "Pandora's box has been opened" and calling Italy's decision a "mistake" that could "prelude to global battle over COVID-19 vaccine".

Brussels introduced the export control mechanism in January amid a row with AstraZeneca after the pharmaceutical firm said it be delivering fewer jabs to the EU than planned. The idea was to stop vaccines made in the EU from leaving the bloc if needs be.

Amid criticism of the mechanism, Brussels insisted it had - prior to Italy's request - approved all export requests.

Many countries around the world, like Canada, Japan and Australia, depend upon European plants to procure vaccines for their citizens.

During last week's meeting of European leaders, he urged his colleagues and the European Commission to "go faster" and expressed his preference to keep EU-made vaccines inside the bloc.

Just two weeks ago, the European External Action Services (EEAS) released a statement celebrating the arrival of the first EU-made doses in Australia.

"More than 142,000 doses of the Pfizer/BioNTech COVID-19 vaccine have arrived at Sydney airport from the European Union in a major milestone in Australia’s response to the pandemic," the statement said.

The company has production sites in Belgium, the Netherlands, Germany and Italy.

AstraZeneca has been previously suspected of sending EU-made jabs to other countries, particularly to the United Kingdom from its Dutch plant.

These suspicions led to a public row with the European Commission and, after a fractious back-and-forth, to the introduction of the exports control scheme.

Italy's extraordinary move is set to trigger a diplomatic dispute and could exacerbate tensions and resentment in the heated vaccination race, which has put some countries on top with others lagging behind.

The World Health Organization has for months warned against the threat of vaccine nationalism, saying that "nobody is safe until everybody is safe". However, the global scarcity of jabs has led countries to adopt exceptional measures to guarantee their citizens are inoculated first.