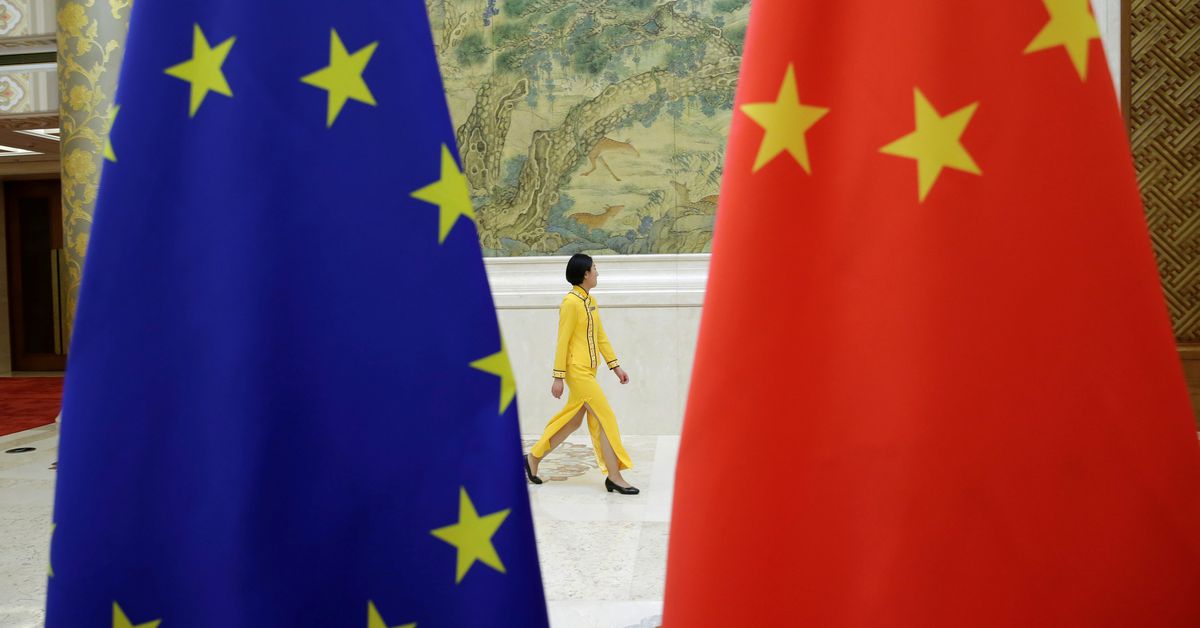 European Union ambassadors approved the renewal of sanctions on four Chinese officials and one Chinese entity on Wednesday as part of an extension of a human rights blacklist, two diplomats said.
The decision, which will formally be adopted early next month, puts in jeopardy a Chinese-EU investment agreement signed in late December 2020.

China's envoy to the bloc said last week there could be no ratification of the deal until the EU lifted its sanctions, which Beijing sees as internal interference.

The EU added the four Chinese officials, including a top security director, to its sanctions list in March over accusations of human rights abuses in China's Xinjiang region. Beijing responded with its own sanctions on Europeans.

The EU's sanctions on China are the first significant "restrictive measures" since an EU arms embargo in 1989 following the Tiananmen Square pro-democracy crackdown.

Accused of mass detentions of Muslim Uyghurs in northwestern China, those targeted by the EU include Chen Mingguo, the director of the Xinjiang Public Security Bureau. The EU said Chen was responsible for serious human rights violations.

The entity sanctioned was the Xinjiang Production and Construction Corps Public Security Bureau, which the EU said was responsible for "large-scale arbitrary detentions and degrading treatment" of the Uyghurs.

Zhang Ming, China's ambassador to the EU, told an online event last week that, after seven years and 35 rounds of negotiations, the investment pact was in danger because of "obstacles caused by the European side".

Other people on the EU's human rights sanctions list, created in December 2020 to combat serious rights abuses around the world, include Russian, Libyan, South Sudanese and North Korean individuals.

The renewal of the asset freezes and travel bans will be formally approved by EU ministers in Brussels on Dec. 6-7, the diplomats said.
Add Comment