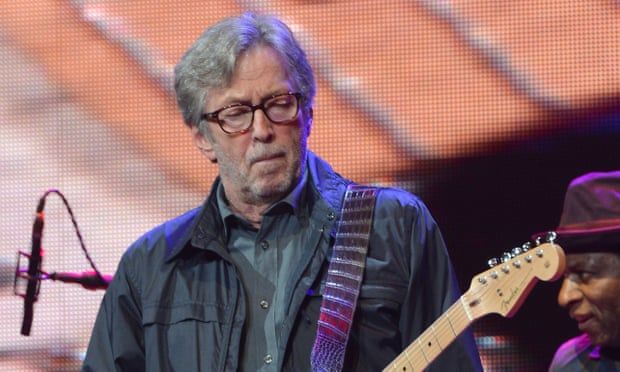 This Has Gotta Stop lines include ‘I can’t take this BS any longer’ and follows negative comments about restrictions
Eric Clapton, a staunch critic of measures designed to tackle the Covid pandemic, has released a song entitled This Has Gotta Stop.

While the song does not directly mention lockdown measures or vaccines, the musician has performed on anti-vaccine songs in recent months. His latest offering has been interpreted by some as an attack on the measures recommended by health officials.

“I can’t take this BS any longer, It’s gone far enough, You want to claim my soul, you’ll have to come and break down this door,” Clapton sings. Other lyrics include: “I knew that something was going on wrong, When you started laying down the law, I can’t move my hands, I break out in sweat.”

Clapton has previously talked about the negative reaction he had to a vaccine dose he received. According to Rolling Stone, he said: “I took the first jab of AZ [AstraZeneca] and straight away had severe reactions which lasted 10 days … The reactions [to the second] were disastrous. My hands and feet were either frozen, numb or burning, and pretty much useless for two weeks, I feared I would never play again.”

He referred to extensive scientific research, which has found the vaccines on offer in the UK to be safe and save lives, as “propaganda”. Clapton has also said he will not perform at any venues that require attendees to show proof of vaccination.

In response to the UK government announcement that vaccine passports will be required to access nightclubs and venues by the end of September, the musician issued a statement saying he would not play “any stage where there is a discriminated audience present”.

Clapton also appeared on Van Morrison’s anti-lockdown track Stand and Deliver last December. Both musicians are influenced by black music from the American south, which itself springs from the region’s slaveholding era and subsequent racial conflict.