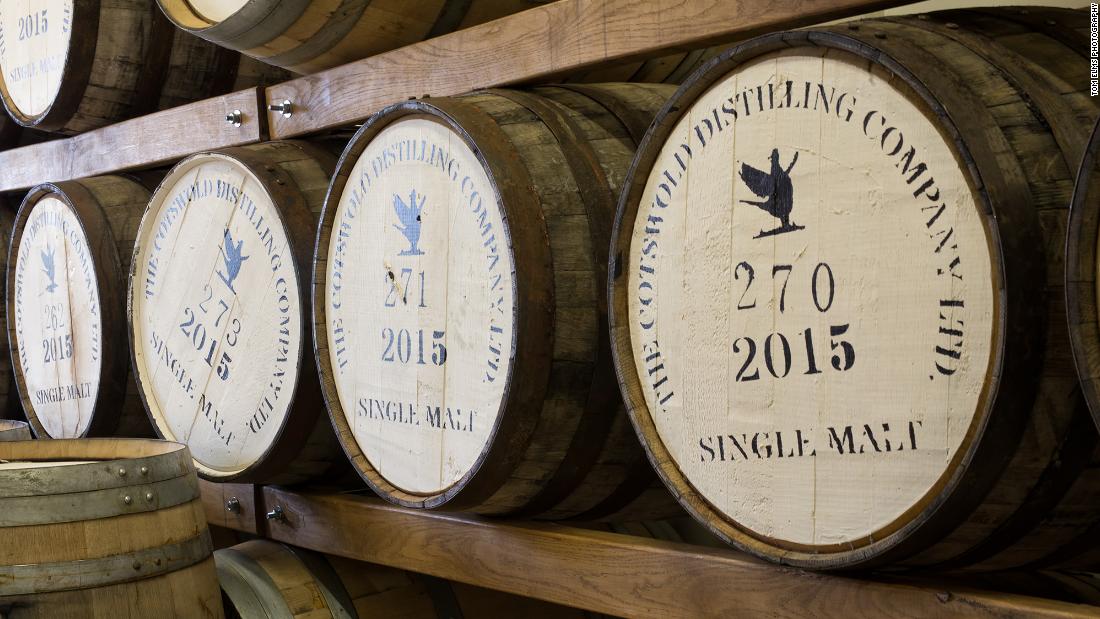 The native New Yorker founded Cotswolds Distillery six years ago after realizing the picturesque area of southern England had an abundance of barley, and tourists who might be looking for a local, premium beverage to sample while on vacation.

"In the beginning, the local village was probably thinking who the hell is this Yank coming in and wanting to make whisky of all things?" Szor told CNN Business.

But Szor was onto something. Despite being overshadowed by huge Scottish operations that pump out millions of liters of whisky a year, as well as Japanese and American imports, there are now 24 distilleries in England trying to carve out a market niche and survive the coronavirus pandemic and trade uncertainty caused by Brexit. (Wales has a handful of craft distillers, too).

The nascent industry has even given rise to Exploring English Whisky, an online organization that gives consumers a place to celebrate their favorite brands.​ ​In October, the group organized a virtual conference that featured 14 distilleries, hosting virtual tastings, discussions and quizzes for an audience of around 400 people.

How to start a distillery

Only local barley is used at Cotswolds Distillery, which makes whisky in what Szor calls the "old fashioned" way. "We've got a bunch of young guys and they have no computers, nothing is automated. They're out there turning valves and regulating things, egg timers beep in the background," he said. 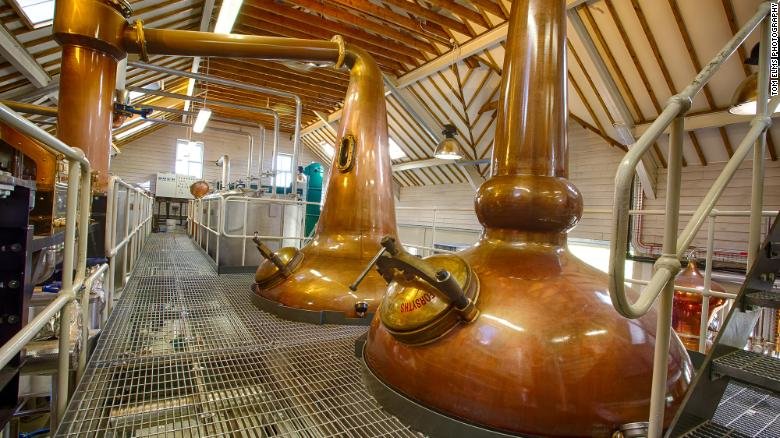 This approach helped win the respect of the Scottish whisky kings north of the border, who Szor thanks for encouraging him to pursue his dream of making his own spirit.

"There's an awful lot of love for what we do because we make whisky in the way it was made in Scotland before whisky got corporate and became a global luxury brand ... when distilling was still a farm activity and distilleries were still small and everything was manual," he said.

Customers like the results, too. Cotswolds Distillery started making both gin and whisky in 2014. According to Szor, his award-winning dry gin was an instant hit. London's department stores began stocking the spirit and customers in the Cotswolds "couldn't get enough," he said.

Making whisky is a longer — and more expensive — process.

But when the first Cotswolds Distillery whisky was mature enough to sell in October 2017, the first 2,000 bottles went to customers who had placed orders while it was still in cask. In spring 2018, Cotswolds Single Malt went on sale in 1,000 bars in the United Kingdom. That summer, Szor secured his first big grocery listing at UK chain Waitrose, he said.

The pandemic has threatened to overwhelm English whisky producers.

In March, when fallout from the pandemic resulted in his business "going over the cliff," Szor predicted a 50% loss in annual revenue compared with the previous year. The tourists stopped coming, tours of the distillery were canceled and production halved. Szor closed both his stores in local villages, and one at the distillery, with staff going on furlough.

But the business stabilized thanks to some timely deals and a surge in online sales, with profits rebounding to track 15% higher than last year, according to Szor. In October, Cotswolds Distillery became the first English whisky to be sold by UK supermarket chain Sainsbury's (JSAIY) and the brand also recently
launched in China.

"We were less focused than a lot of the big companies on [bars and restaurants]. So the closure of those routes to market were less impactful on us, and the fact that people were looking for interesting things and were shopping online, we did okay on that."

Lockdowns may be a "blessing in disguise" for small brands who are catering to new audiences with online tastings, according to Richard Foster, founder of Exploring English Whisky.

"There's a benefit to doing online tastings in that they're less intimidating," he said.

Being small has other benefits, such as flying under the radar of US tariffs on Irish and Scottish whisky in 2019. There are no such tariffs on whisky made in England, the UK Wine and Spirit Trade Association told CNN Business.

The next threat is Brexit. Business groups and watchdogs have warned that goods could be delayed at the UK border when the Brexit transition period concludes at the end of December, and exports to some markets could face higher tariffs next year. The cost of supplies needed to produce whisky could also increase. 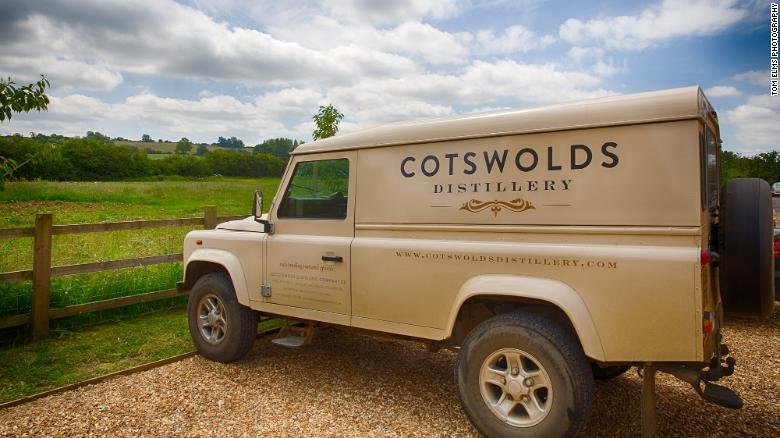 Brexit could increase the cost of glass and botanicals and hurt exports.

Szor imports glass and botanicals from all over Europe, and has been planning to increase exports from 25% to 50% of sales.

"There's no reason to believe that things are going to be better for us because of Brexit. It can only be worse or the same," said Szor.

English whisky producers that survive into next year may be poised for more growth, according to Foster.

"People who like whisky get excited about the outer edges of the whisky world, the innovations, the new releases, the new distilleries opening, everyone wants to be involved in that journey from the outset," he said.

"I think as a scene, it's definitely reaching a point at which you can talk about English whisky collectively, rather than where as say five years ago, you'd probably just talked about the distillery and the individual product."