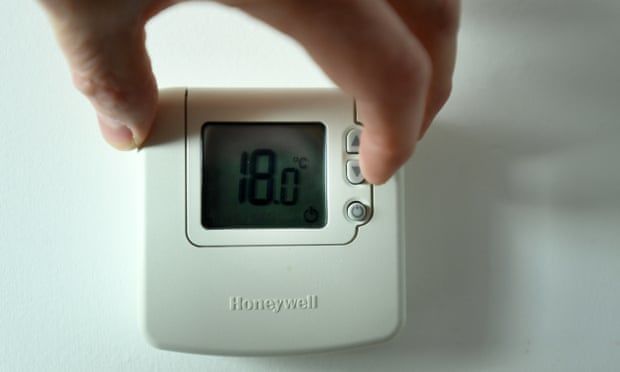 Firms inundated with calls from customers as bosses fear impact of October’s scheduled cap rise
As many as four in 10 people in Britain could fall into fuel poverty when the price cap rises again this autumn, energy bosses have told MPs as they called for more government support for vulnerable households facing a “truly horrific” winter.

Michael Lewis, the chief executive of E.ON UK, said between 30% and 40% of people in Britain might go into fuel poverty from October when the industry regulator, Ofgem, is again expected to put up the annual limit on tariffs.

“We are expecting a severe impact on customers’ ability to pay,” he told MPs at the business, energy and industrial strategy select committee in parliament, adding that he expected debts of customers to rise by 50%, or £800m.

He said that a larger number of people moving into fuel poverty would lead to a significant increase in bad debt.

Customers have been calling energy providers expressing their worry at the huge increase in their bills.

ScottishPower alone had received 8,000 calls from customers concerned about their ability to pay, its chief executive, Keith Anderson, told MPs.

He said he was “massively concerned” for people facing rising bills who would “really, really struggle” and called for the introduction of a £1,000 deficit fund or social tariff for vulnerable customers.

The fund would take £1,000 off the bills of the poorest people in the country in October and the government or consumers would then pay this off over 10 years, he suggested.

The energy regulator lifted the price cap on bills earlier this month, sending the average household dual-fuel tariff from £1,278 to £1,971. That is due to increase again in October, with some experts expecting the price cap to hit £2,600.

“Come October that’s going to get horrific, truly horrific,” said Anderson. “It has got to a stage now where the size and scale of it is beyond what I can deal with, beyond what I think this industry can deal with. I think it needs a massive shift, a significant shift in the government policy and approach towards this.”

The EDF chief executive, Simone Rossi, said it had seen a 40% increase in calls from customers worried about debt.

“We are concerned about what is in front of us,” he said. “Unfortunately pre-payment customers are being hit first. We now see bills being higher for longer, so I would expect government to reassess in short order to see what is possible.”

Earlier the chief executive of Ofgem, Jonathan Brearley, had said that increases in fuel bills would be investigated amid concerns that suppliers may be charging households unfairly.

Gas prices in particular have surged in recent months, prompting almost every household energy supplier to raise prices to the maximum allowed. However, some consumer groups have argued that energy firms have raised prices by more than needed, to strengthen their own balance sheets at customers’ expense.

Brearley told BBC Radio 4: “We’re going to take a close look at those direct debits. We’re going to make sure that they are raised fairly – clearly prices have gone up – and if they haven’t been we’ll take action and make sure companies put it right.

He said price increases must be brought in “reasonably and fairly” and not for “other reasons outside of the customer interest”.

Energy companies should be ringfencing customer money so that it is only used to pay for their gas and electricity, he said.
Add Comment