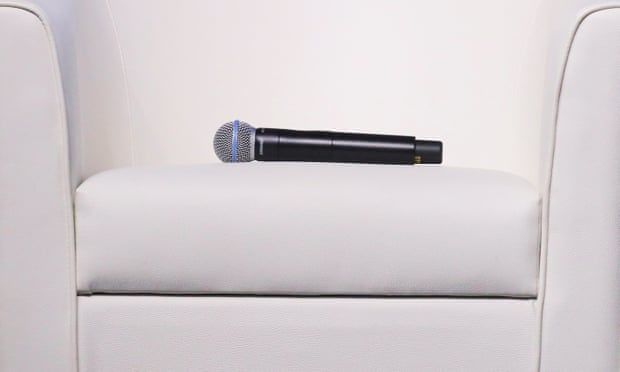 Once again with the energy cap rise, ministers have declined to join a discussion about a difficult topic

Being sent out to do the media rounds in the midst of a difficult story is generally seen as an unavoidable – if unenviable – part of a government minister’s job. But with increasing frequency in recent years, ministers simply haven’t turned up – instead being empty-chaired as they avoid the airwaves.

Energy bills set to rise by 80%

Not a single minister appeared on national breakfast TV or radio on Friday to defend the government as news broke that energy bills are set to rise by 80%.

Energy regulator Ofgem announced at 7am a change in the price cap that will mean the average household’s yearly bill will rise from £1,971 to £3,549 from October.

On a typical weekday, a minister tours the TV and radio stations to be questioned on burning issues of that day, usually appearing on Sky News, BBC Breakfast, ITV’s Good Morning Britain (GMB), Radio 4’s Today programme, LBC and others. On Friday, the consumer rights champion Martin Lewis filled that void, saying it was “staggering” the announcement had been made with no help announced, adding: “It’s not good government, it’s not good politics.”

Bring your own booze party

Broadcasters were forced to “empty-chair” ministers on 12 January 2022, before one of the most crucial prime minister’s questions Boris Johnson had faced in his premiership. Leaked emails alleged a bring your own booze party was held in the Downing Street garden on 20 May 2020, with 100 staff members told to make the most of the weather at the height of the pandemic.

With Johnson due to go head-to-head with the Labour leader, Sir Keir Starmer, at noon, no minister was available to be grilled. GMB resorted to showing a clip of Johnson ducking into a fridge to avoid questions. Meanwhile, Dan Walker told BBC Breakfast viewers: “We asked at 11.15am yesterday and throughout the day until 9pm last night, but no minister was offered to come on and explain exactly what has happened.”

After a leaked video emerged in December 2021, showing government aides laughing and joking about a “fictional” Christmas party in 2020, there was a no-show by then health secretary, Sajid Javid. Javid, Sky News’s Kay Burley told viewers, was due to be touring studios on the first anniversary of the first vaccine. “But now we’ve been told that sadly, no one’s actually accepted our invitation.”

Nick Robinson, over on BBC Radio 4’s Today programme, told listeners: “We were expecting to speak to the health secretary Sajid Javid this morning, but we were told just a few minutes after that video emerged that no minister would be available to speak in the programme today.”

After saying it reserved the right to bring in further measures over Christmas 2021, leaving the public unsure of what to expect, not a single representative was available to explain, Kay Burley informed Sky News viewers. “We were keen to seek clarification from the government this morning, but there is no minister available to clear up this confusion for you,” she said. Shadow employment rights minister, Justin Madders, meanwhile, remarked: “People want answers, they want leadership; this lot aren’t even in the room.”

Both Boris Johnson and his chancellor, Nadhim Zahawi, were away on holiday on 4 August 2022 as the Bank of England raised interest rates from 1.25% to 1.75%, the biggest single increase since 1995, and warned of the longest recession since the financial crisis. But, as this grim news was announced, no one from Numbers 10 or 11 were available for interviews.