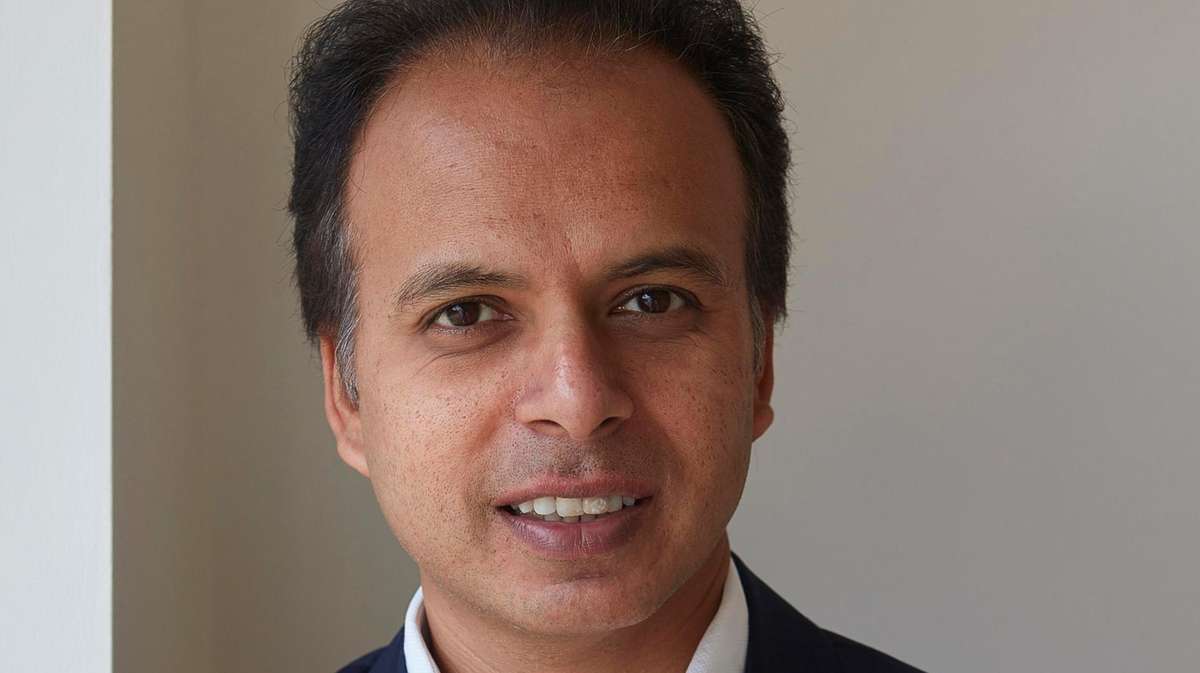 Ed Husain on Britain's fractured Muslim identity: 'We should be aiming for a peaceful, modernised Islam'

In his latest book 'Among the Mosques', the writer and thinker examines Britain's relationship with Islam by visiting mosques across the country

It became one of the most shared and commented stories of the past week in a United Kingdom continuing to battle with its sense of self.

The Daily Mail tabloid published a piece last Friday, entitled “British towns that are no-go areas for white people”, listing places such as Blackburn, Bradford, Dewsbury and Didsbury, where a proliferation of mosques, “dominated by [an] ultra-orthodox sect”, had changed the character of these areas for good.

Amid the widespread consternation was barely concealed amusement, too. When I am not in the UAE, I live in Didsbury in South Manchester, and to suggest that its busy cheese shops, cosmopolitan cafes, ice-cream parlours and delis are “no-go areas” is remarkably, hilariously wide of the mark.

Still, the reason this piece was published at all was because the Daily Mail had an advance copy of Ed Husain’s new book, Among the Mosques: A Journey Across Muslim Britain.

It’s a fascinating, sometimes confrontational and necessary look at Britain’s relationship with Islam and how Muslim Britain operates in 2021. Husain – a writer, thinker, government adviser and academic – visited mosques across the country to try to understand what integration looks like as intolerance, ignorance and hostility rise in all sections of the community.

Some of the things he found – madrasas focused on literalist Sharia, women banned from mosques and treated appallingly, and a deeply politicised Islam – are both troubling and all too easily seized upon by those who seek to seed division.

In that sense, Husain must have expected the kind of piece the Daily Mail ran. “They printed all of the negative, provocative parts that would be the most sensationalist,” he tells The National. “I don’t want to shy away from the truth; those problems are there. But there are explanations for them and ways to address them, which I try to provide in the book. So all of that context is ripped out. 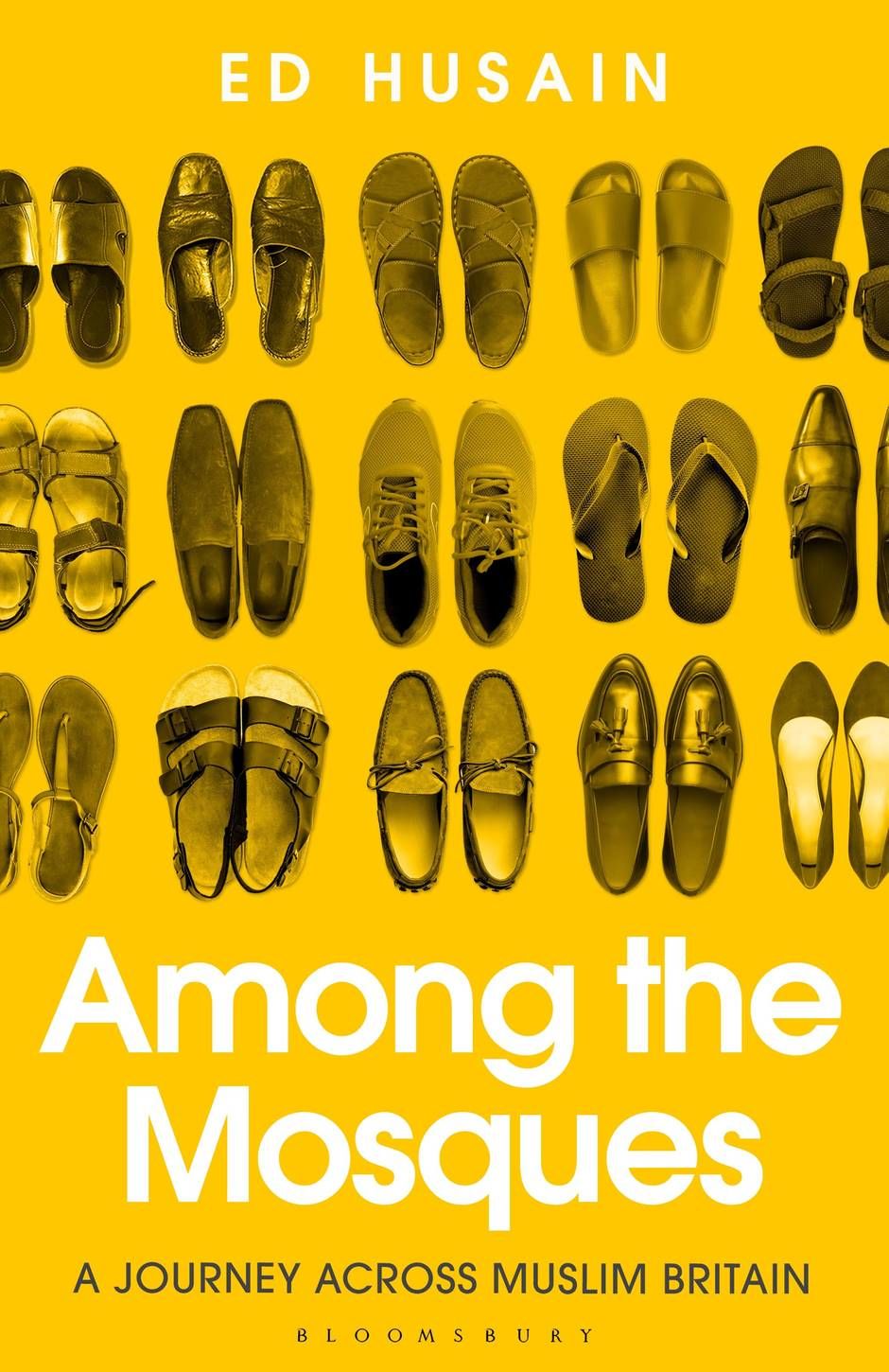 'Among the Mosques: A Journey Across Muslim Britain' by Ed Husain. Courtesy Bloomsbury

But then, Among the Mosques was never going to be a meek survey of Muslim life in 21st-­century Britain, not least because Husain himself has become increasingly concerned by the rise, as he sees it, of a more confrontational, assertive and separatist Muslim identity in the UK.

“I just don’t see that when I travel to the Middle East or when I go to the UAE,” he explains. “They seem to be much more at ease with their religion, whereas here, we seem to front-load it, make it much more weaponised.

“So, combined with what seemed to be going on with Brexit, issues of identity and the conversations about who we are as a people, it felt like there was something disturbing in the UK – I wanted to go round, kick some tyres and see if I’ve read the situation right,” says the author.

His first journey in the book is to the Yorkshire mill town of Dewsbury, home to the Markazi Mosque, the European central office of the largest Muslim organisation in the world, the Tablighi Jamaat. Founded in India, the organisation is the evangelical arm of India’s Deobandi Movement.

While they “build bonds of brotherhood and sharing” in the Dewsbury madrasa, when Husain asks a cleric why women can freely walk into a mosque in India, yet cannot do so in Dewsbury, he gets short shrift.

“My brother. You are an intelligent man, but there can be no discussion of there being women in the mosque,” he is told.

“And that happened quite often on my travels,” says Husain. “There was a kind of commitment to conversation, but only to a point. But I think people do want to know what is going on in these mosques and the much more hard-line madrasas.”

Husain moves on to Manchester, home to the Didsbury Mosque that women can easily access and is lauded for its vibrant involvement in local life, helping marginalised and needy communities. Husain also points out that it’s home to an unregulated “Sharia department” and the place where the suicide bomber of Manchester Arena in 2017 worshipped. The extremist attack killed 22 people and injured hundreds of others after an Ariana Grande concert.

It’s a complicated picture, made all the more urgent by a conversation he has with two white men in Blackburn, who are behind the Daily Mail’s “no-go area” headline. They effectively repeat every preconceived notion of Britain’s immigration policies; their fear of getting jumped by “Asian gangs”, not being allowed Union Jack flags; and the belief they will be in the minority before long.

“But they were honest about what they thought and I admired them for that,” says Husain. “They shook my hand and thanked me that someone bothered to talk to them about these issues they just hadn’t been able to discuss. And I think this is part of the problem; we don’t have platforms where we bring different parts of the country together and say: ‘What’s on your chest?’

“There’s an ugly truth that in parts of the country, people don’t want to get to know their neighbours, have a conversation.”

Thankfully, too, Husain doesn’t just chase the problems in Among the Mosques. It is largely a worrying book, but his experiences in Belfast – where women run a cheerful, open mosque that welcomes 42 nationalities – or Edinburgh, where the mosque and its kitchen is full of “all sorts of people”, represent a seamless British Islam that he feels is needed in England, too.

“What we should be aiming for is a reformed, peaceful, modernised Islam – and I’m driven to dream about this because I have two teenage daughters. I want to see a country for them that honours them in public and in private, I want them to be British women with equal respect and the dignity that law affords everyone here.”

Yet, in many of the mosques, as he writes in this eye-opening book, they would have to wait for him outside. “But Muslim women can go around the Kaaba in Makkah, side by side with men. [This segregation] is just fundamentally wrong – which is why I needed to write this book.”

Among the Mosques: A Journey Across Muslim Britain is out on Thursday, June 10, published by Bloomsbury