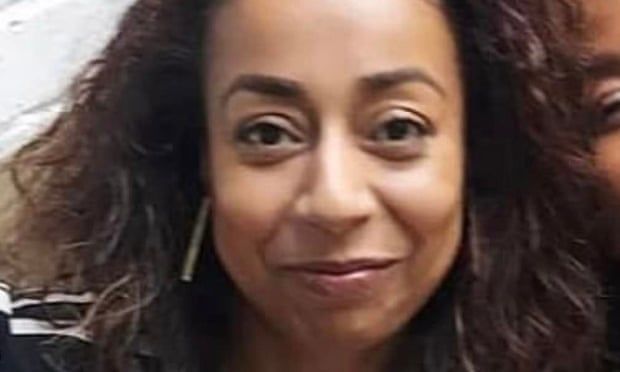 Man, 26, released by the Met after driving into Leon McCaskie, in effort to prevent killing of Yasmin Chkaifi

A motorist who fatally drove his car into a man to try to stop him stabbing a woman has been released by police and will face no further action.

The 26-year-old man known only as Abraham has been hailed as a hero for his attempts to stop the killing of Yasmin Chkaifi, 43, last week in Maida Vale, west London.

At the time he was arrested on suspicion of murder, after Chkaifi’s killer, her abusive former partner Leon McCaskie, also died in the incident.

On Tuesday, Scotland Yard announced the driver had been released and that he would now be treated as a witness. The move came after Abraham issued a statement via his solicitor to make it clear he had no intention of killing McCaskie and was only trying to stop him attacking Chkaifi.

More than 75,000 people have signed an online petition hailing the driver as a hero and calling for him to face no charges.

Abraham said he was grateful that police had taken “this sensible course of action”.

In another statement issued through his solicitor, Tasnime Akunjee, Abraham said: “I will of course continue to assist them and any coroner’s inquest should the need arise. I once again wish to express my gratitude to the British public, who supported me so vocally at this most stressful and trying time.”

DCI Neil Rawlinson, who is leading the investigation, said: “Having reviewed the CCTV evidence and taken statements of numerous members of the public and attending officers, as well as reviewing the legal position regarding self-defence and defence of another, a decision has been taken that the driver of the car, a 26-year-old man will face no further police action.

“He is considered a vital witness to our investigation and will be offered support from professionals to help him come to terms with the terrifying situation he was confronted with.”

Earlier on Tuesday an inquest heard that McCaskie was wanted by the police for breaching a stalking prevention order.

Chkaifi, died from multiple stab wounds when she was attacked by him at about 9am on 24 January in Chippenham Road, Maida Vale, the inquest into her death was told.

Giving evidence, Rawlinson said McCaskie and Chkaifi had been in a relationship that ended years ago after “allegations of domestic abuse”.

He confirmed that McCaskie, who lived “very close” to his ex-partner, had been subject to a stalking prevention order and had been charged with breaching it. A warrant was issued for McCaskie’s arrest on 4 January when he failed to appear for his first court hearing about the breach, Rawlinson said.

He also confirmed that the Metropolitan police’s handling of McCaskie’s case was being examined by the police watchdog, the Independent Office for Police Conduct (IOPC).

Reading his statement about the attack, Rawlinson said: “Leon accosted Yasmin in the street and repeatedly stabbed her with a knife. A member of the public, in a passing car, saw this, and used his vehicle to drive into Leon in an attempt to stop the assault. Both Leon and Yasmin were declared deceased at the scene.”

Rawlinson, who leads the investigation, said police had secured CCTV footage of the attack and taken statements from several witnesses.

The hearing was also told that Dr Simon Poole, a forensic pathologist, gave the interim cause of death as “multiple incised stab wounds”.

Prof Fiona Wilcox, the senior coroner for inner west London, expressed her shock at the manner of Chkaifi’s death and conveyed sympathy to her family.

Chkaifi’s two teenage sons, her husband, Joseph Salmon, and other members of the family were watching the proceedings via video link.

Addressing the family, Wilcox said: “It is a truly shocking and distressing death, and I cannot imagine what you must be going through as a family at this time.”

Wilcox formally opened and adjourned the inquest until 25 July. She said she hoped there would be a “significant update from the IOPC investigation” by then.

Wilcox also opened and adjourned a separate inquest into the death of McCaskie. The interim cause of his death was given as “multiple injuries”, she said.

Addressing McCaskie’s mother, Angela, who was listening to the proceedings remotely, the coroner said: “I am terribly sorry that you have lost your son in such awful circumstances.”