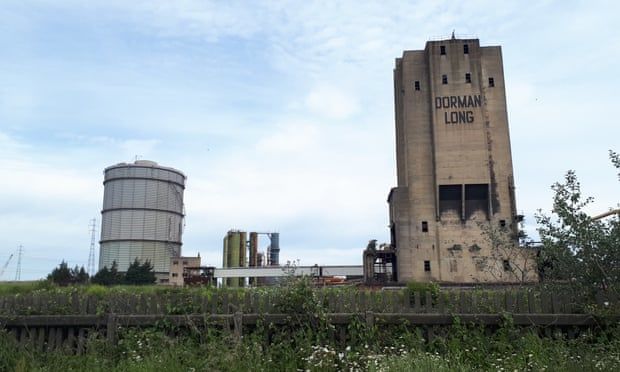 The Dorman Long tower, in Redcar on Teesside, was granted a temporary reprieve from destruction last week when Historic England granted it an emergency Grade II listing.

But this has now been overturned by Dorries barely 24 hours after she was appointed culture secretary, meaning the demolition can go ahead in the face of opposition from conservationists.

George Clarke, the architect and television presenter, described the news as “heartbreaking” and said: “We’ve lost way too many buildings in the north-east that celebrate our incredible industrial past.

“This is a unique building and should be saved. I’m sure everyone could have come together to find a way to save the tower and integrate it into the new development to benefit everyone.”

The building, which was built in 1955-56, is on the site of Teesside’s biggest steelworks where major redevelopment plans are under way.

Granting the structure Grade II listed status last week, Historic England said it was a “monument to our 20th century industrial heritage” and a “rare surviving remnant” of the region’s coal, iron and steel industries.

The heritage body said it accepted “with regret” that the tower was now likely to be destroyed.

Ben Houchen, the Tees Valley mayor who is leading the redevelopment plans, criticised Historic England’s listing as “inaccurate, incomplete and misleading” and claimed that maintaining the tower would have cost more than £9m in public money.

He said rescinding this listed status was Dorries’ “first decision” as the new culture secretary and that “goes to show just how important the successful redevelopment of the Redcar former steelworks site is to everyone in government”.

Houchen’s South Tees development corporation was hoping to bulldoze the tower this weekend but that date has been pushed back by a few weeks, according to the localdemocracy reporting service.

Historic England said: “Following the Grade II listing last week of Dorman Long Tower at Teesside’s former Redcar steelworks, the owners requested an urgent review of the listing. We were able to visit the site and after further assessment we confirmed our advice that the tower merits consideration for listing at Grade II.

“However, the Department for Digital, Culture, Media and Sport (DCMS), which takes the decision on all listing cases, has decided to remove its listed status based on the updated information on the survival of fabric and on architectural significance within the review.

“Our site visit highlighted the prior loss of much of the historic coking plant, as well as the likely costs and ongoing safety risks of keeping the surviving tower. We recognise the importance of the public benefits that will come from the remediation and planned regeneration of the whole Teesworks site.

“We also accept, with regret, that demolition of the tower is now likely to proceed but we are keen to continue supporting local partners as works progress.”
Add Comment