A leading British scientist says it is unfair “to bash the UK” over the high number of coronavirus infections being reported in the country.

Sir Andrew Pollard, who helped create the Oxford-AstraZeneca vaccine, said he believed the overall Covid situation in the country may be improving, thanks to the high level of immunity among the general population.

The UK has averaged more than 40,000 cases a day for over a week, significantly higher than figures reported by its European neighbours. The recent surge has led to calls for new Plan B Covid restrictions, which have so far been ignored by the government.

Sir Andrew said that while he agreed daily figures were high, he believes comparisons with European neighbours were “problematic” due to the high level of testing being carried out in Britain.

Speaking at the UK Parliament's Science and Technology Committee, he said: “I think one of the difficulties that we have in discussions at the moment is rigorous understanding of the data.

“We've reflected on comments about very high case rates in the UK, because it's true, which is very much related to testing.

“And if you look across Western Europe, we have about 10 times more tests each day than some other countries.

“We do have a lot of transmission at the moment, but it's not right to say those rates are really telling us something that we can compare internationally.

“Now, interestingly, Israel also has a very high testing rate and picks up a lot more cases than many other countries.

“If you make the adjustment of cases in relation to the rates of testing, and look at test positivity, currently Germany has the highest test positivity rate in Europe.”

He suggested the UK government should look to do what was right for the British people rather than comparing internationally.

“A lot of our policy decisions should be very much focused on what we think is right for this country, not by saying other countries have much [fewer cases], because it’s very difficult to make those assessments,” the director of the Oxford Vaccine Group told politicians.

“I think when we look at these data is really important not to bash the UK with our very high case rate, because it's partly related to our very high testing rate.

“I'm not trying to deny that there isn't plenty of transmission, because there is. But it's just the comparisons that are problematic".

Health authorities should be much more concerned about protecting unvaccinated people, who now make up the vast majority of intensive care patients, he told the committee. 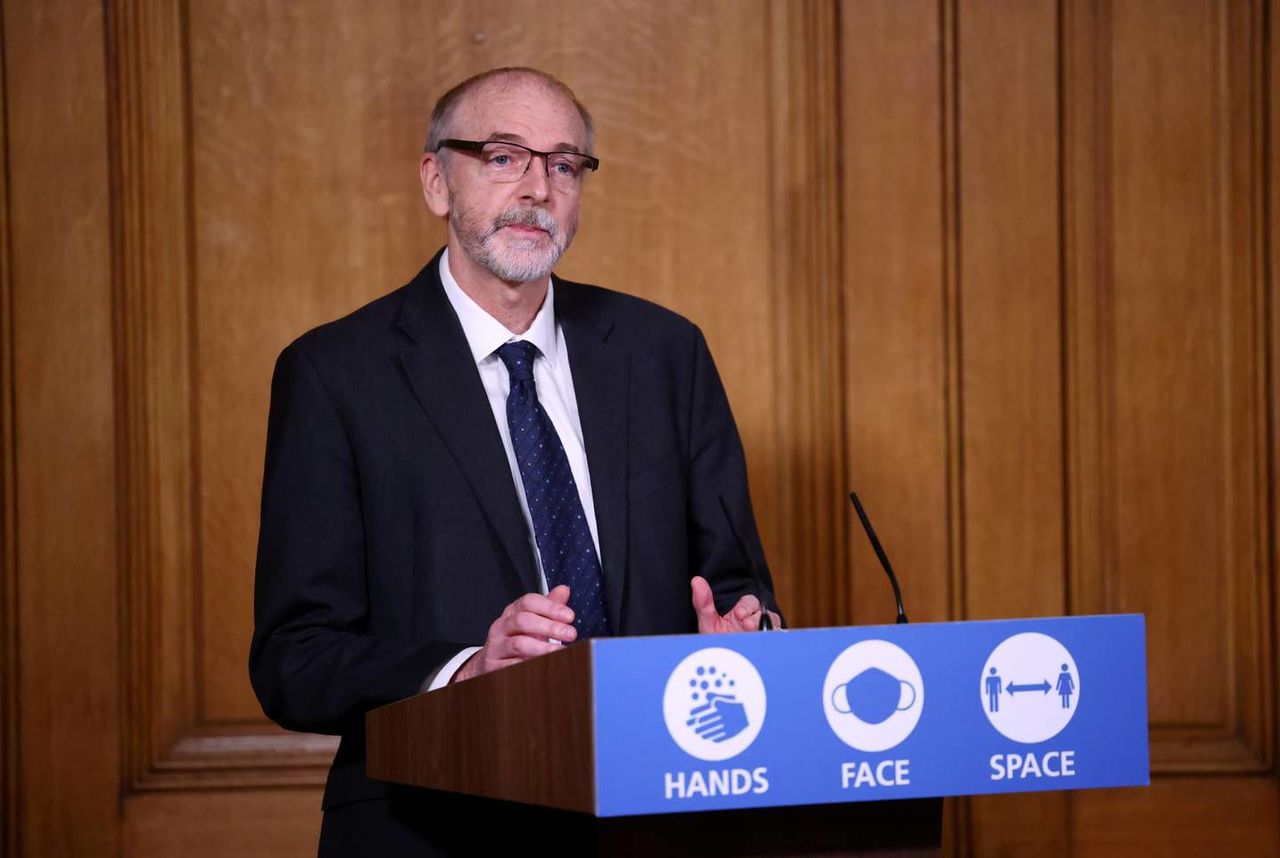 Director of the Oxford Vaccine Group Andrew Pollard says it is unfair to compare the UK with Europe.

Figures show that 1,082 people were admitted to hospital in the UK on Monday, a monthly increase of 20 per cent. UK Department of Health statistics also show that there are 889 people being treated on mechanical ventilator beds.

“Vaccinating people will protect intensive care”, he said, adding that the situation in the NHS was “incredibly fragile".

Sir Andrew said ensuring less transmission would cut intensive care admissions “but in the end the unvaccinated will meet the virus … it just might not be today, it might be next year”.

During the session, he also said the UK should eventually transition to a “clinically-driven” testing model, particularly in schools, where authorities were “picking up a lot of very mild infections".

He said it was “absolutely critical” to keep children in schools and that “all policy decisions should be focused on that.” 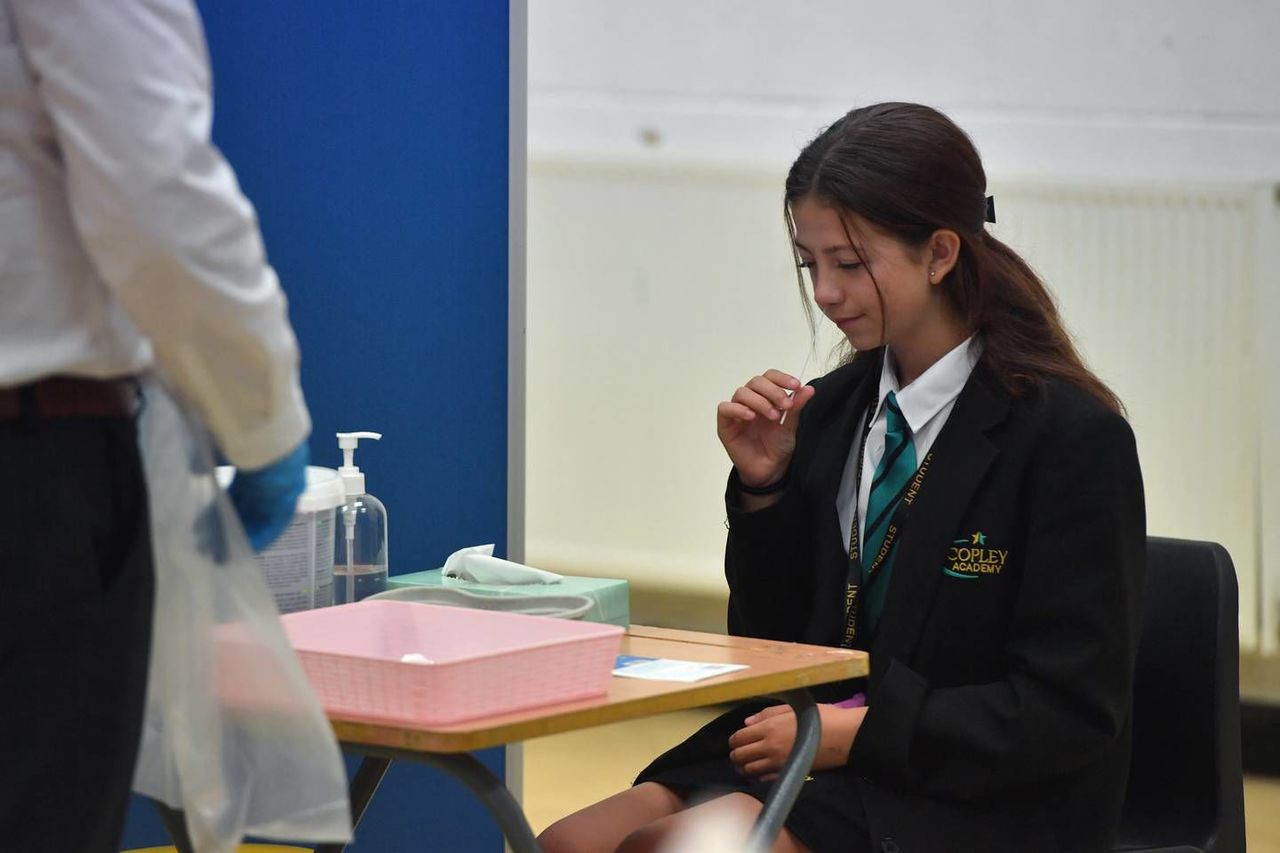 The UK carries out thousands of tests in schools where the risk of serious infection is low.

Asked whether people are looking at the “wrong thing” by focusing on cases, Sir Andrew said that even with deaths, they are recorded as being within 28 days of a positive Covid result. When transmission is high, lots of people will have died from other causes, he said.

He said the raw data was “quite misleading”, though that “doesn’t mean there isn’t Covid transmission and people get hospitalised with it”.

“We're not going to be testing at this level for ever. We are in an improving situation because of vaccination.”

“At some point we'll reach a more steady state with this virus, but we don't know when.”

Downing Street has it is “too early” to draw conclusions from the latest figures, which suggest a potential levelling off of coronavirus cases.

The prime minister’s official spokesman said: “It’s always encouraging when you see reductions like that and including, I believe, a levelling off of admissions.

“But it’s too early to draw full conclusions from the case rates and we would continue to urge the public to abide by the guidance as set out and those eligible to get booster doses.

Meanwhile, Covid infections and deaths are on the rise again in Europe, with Russia, Ukraine and Romania registering the highest fatalities on the continent, a tally showed Tuesday.

That is an increase of 18 per cent from the previous week, according to the data, compiled from official sources from 52 countries and territories in the region.

That increase in cases is up 60 per cent from August and September, when there were about 150,000 new registered cases per day.