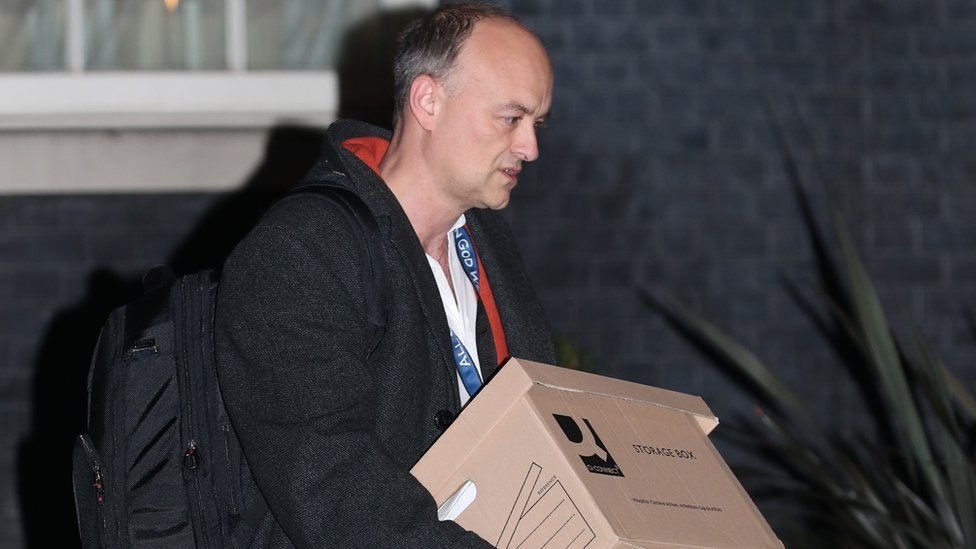 The PM stood by Mr Cummings this summer when he was embroiled in controversy over a trip to Durham during lockdown.

Labour said the rise was an "insult" to millions of workers whose pay is being frozen due to the Covid crisis.

Separately, it has emerged that Boris Johnson ignored the advice of the chief of the civil service in relation to a legal case brought by a special adviser sacked by Mr Cummings.

Sir John Manzoni urged the PM to reach a negotiated settlement with Sonia Khan, who was led out of No 10 by police in August 2019 following a reported row with Mr Cummings.

No reason was given for her sacking as an adviser to Chancellor Sajid Javid and before that Philip Hammond.

In a letter to the PM in March 2020, Sir John raised concerns about the cost to the taxpayer of fighting the case.

He sought a written instruction known as a "ministerial direction" - a specific order sought by civil servants in instances where they have reservations over a particular course of action.

In response, the PM said he fully understood concerns over the use of public money but he believed "wider considerations" took precedence in the case.

He said he wanted to "test in litigation" his belief that individuals should not receive more compensation than they are entitled to under their contract.

"The legal position is clear that the prime minister can withdraw consent for the appointment of any special adviser," he wrote. "That is the reason for the termination of employment."

Ms Khan settled her case last month, shortly before it was due to go before an employment tribunal. 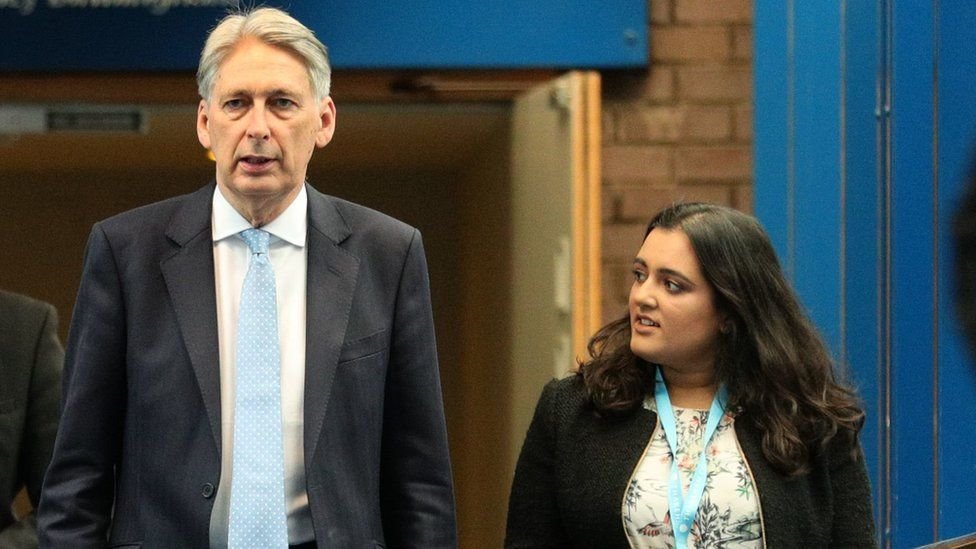 Mr Cummings is still on the government payroll but is working his notice at home, having left Downing Street in November following a bitter row over the running of Mr Johnson's office.

It is not clear when the increase, revealed in an annual report on the pay of special advisers, came into effect.

While Mr Cummings was in the highest salary band when he was first taken on by Boris Johnson in July 2019, his pay was considerably lower at the time than other senior political advisers in Downing Street.

The pay rise brought Mr Cummings, whose Brexit strategy was credited with helping Mr Johnson win a thumping victory in the 2019 election, into line with other key figures such as Sir Eddie Lister, Lee Cain and Munira Mirza.

The most senior advisers to previous prime ministers, such as Theresa May and David Cameron, have typically also earned between £140,000 and £144,999.

The PM stood by Mr Cummings after he was accused of breaching coronavirus guidelines when he travelled 250 miles to stay on his parents' farm in County Durham in early April and later drove to Barnard Castle.

Labour's deputy leader Angela Rayner said the pay increase was a slap in the face to the public.

"Dominic Cummings' bumper bonus is an insult to key workers denied the pay rise they deserve," she said.

"It's another example of how under this government it is one rule for the Tory Party and their friends and another for the rest of us."

The figures show that while the overall pay bill for special advisers remained the same at £9.6m, having risen sharply the year before, the number of advisers earning more than £100,000 doubled on the year before.