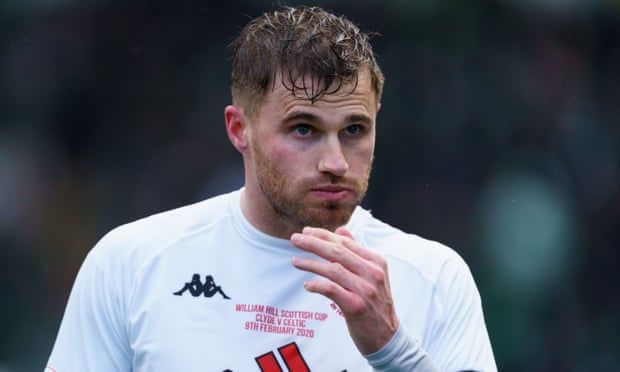 As a result of the move, several prominent supporters, directors and sponsors, including the high-profile author Val McDermid, withdrew their backing of Raith and two of the six club directors quit. The Scottish Championship side subsequently apologised, confirming Goodwillie would not play for them, and reviewed the forward’s contractual position and the composition of their board.

On Tuesday Clyde announced Goodwillie, who had a two-and-a-half-year deal at Raith, would spend the rest of the season with them.

“Following an initial approach by Raith Rovers, and subsequent agreement between the two clubs, we can confirm that David Goodwillie has returned to Broadwood on loan until the end of the 2021-22 season,” a Clyde club statement read. “This enables David to return to first-team activities including training and playing and, in doing so, continue his career in football.”

A brief statement from Raith read: “The club can confirm that we have agreed terms with Clyde FC for a loan arrangement for David Goodwillie until the end of the current season. We would like to thank Clyde FC for their co-operation.”
Add Comment