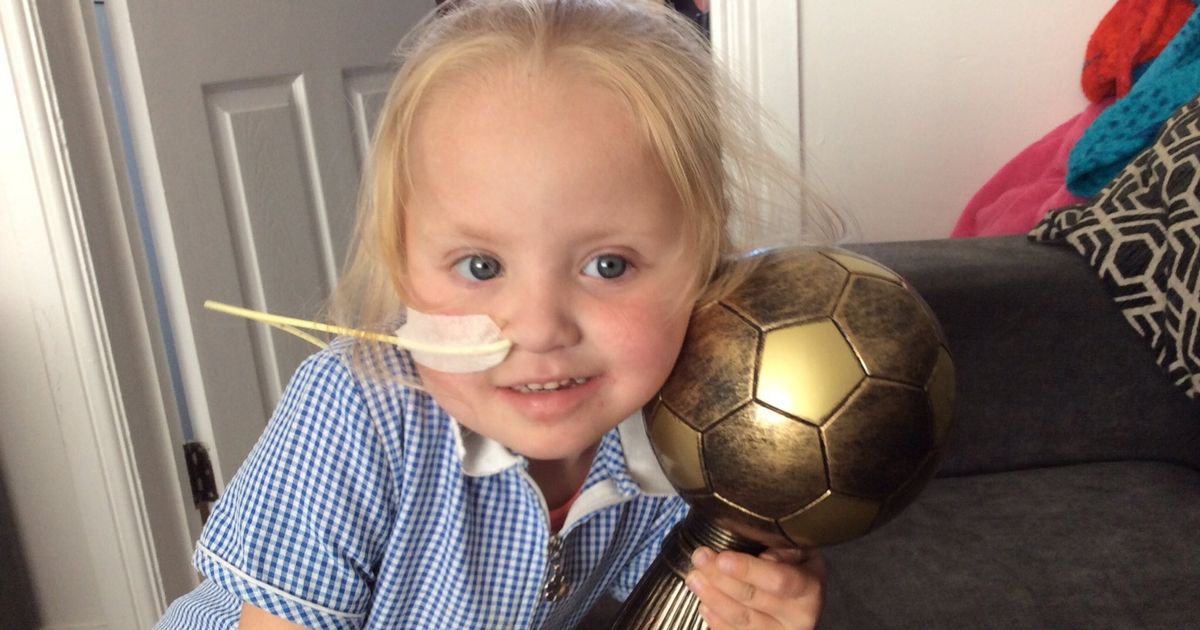 Ian Johnson, from Middlesbrough, said his family have been through “hell” after a CT scan for his daughter Scarlett Coleman was delayed for four months as coronavirus crippled the NHS

A despairing dad has told of his heartbreak over delays to his daughter’s cancer treatment, amid fears the Covid crisis could see 100,000 cancer cases going undiagnosed.

He, Scarlett and the family have been through “hell” after her CT scan was delayed for four months as coronavirus crippled the NHS, with no new date confirmed.

It comes as Macmillan Cancer Support estimates 50,000 people have undiagnosed tumours and this may double by October 2021 without a return to normal.

The charity also says 150,000 patients have had treatments delayed or cancelled, like Scarlett.

“She screams her tummy and bum hurts. I hope the cancer hasn’t spread to her tummy but we won’t know until the CT scan.

“I heard her crying and saying, ‘Mam, help me’, but there was nothing we could do. It’s affecting us all mentally and emotionally.”

Her mother, Melanie Coleman, 37, added: “It kills me as I’ve been beside her bed for all procedures.”

Scarlett developed the disease as a side effect of a heart transplant when she was five months old. 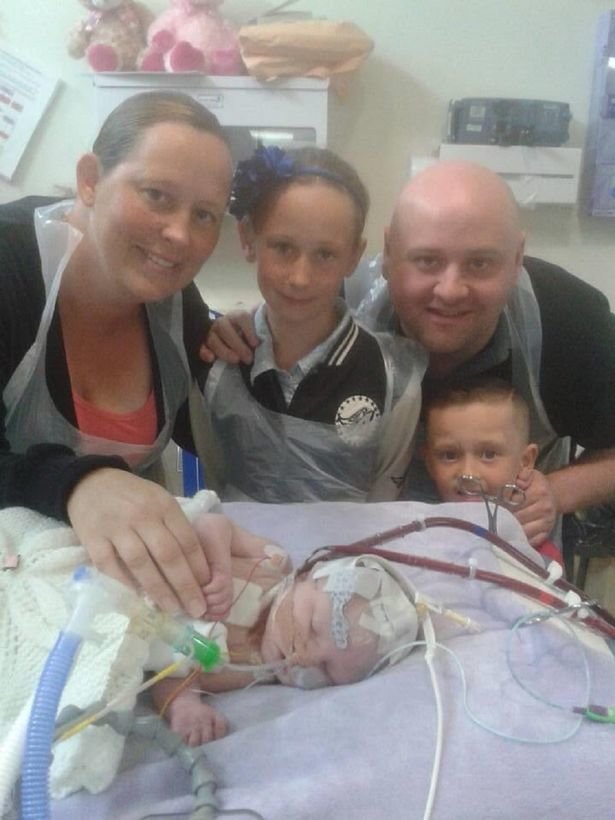 It is not believed the treatment delay will be fatal for the youngster, who lives in Middlesbrough with her mum, dad, sisters Kacey and Leah, and brother Lucas.

Analysis of published NHS data up to September suggests 33,000 UK adults should have started cancer treatment but have not.

NHS England said Macmillan’s findings were “flawed” and further data for September and October will show services are recovering.

But the charity’s report – called The Forgotten C – says even in a best-case scenario it would take 18 months to clear the backlog in England and three years in Wales. 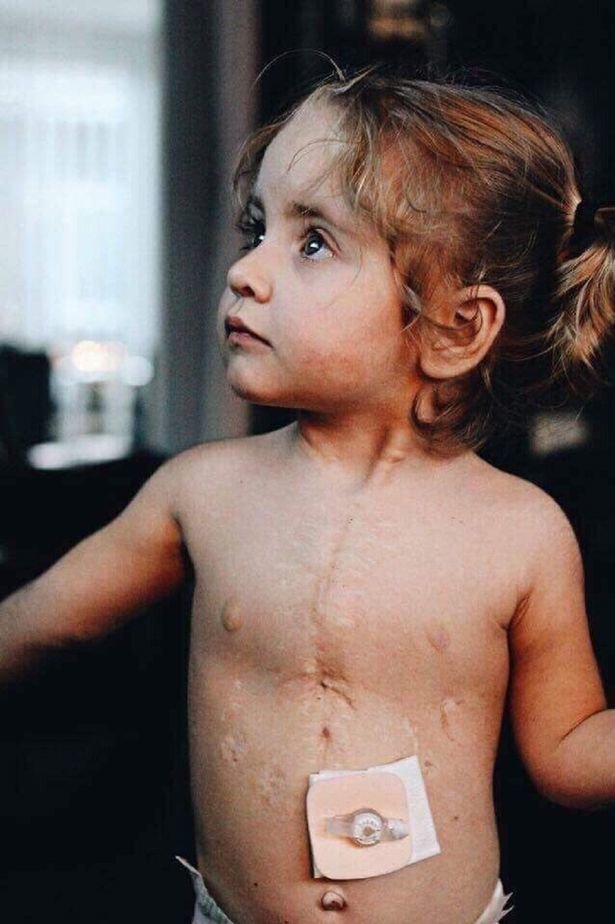 Scarlett had a heart transplant in 2015

Medical director Keith Girling said the trust took the “extremely difficult decision” to delay four this week. He said: “This delay, however short, will be incredibly hard for the patients and their families, and I’m truly sorry.”

Macmillan chief Lynda Thomas said: “Cancer care is at a crossroads and services cannot be shut down this winter.

“Because of the pandemic, we estimate an additional 50,000 people are missing a diagnosis. It is unacceptable if they face unbearable delays which could affect chances of survival.”

An NHS England spokesman said of Macmillan’s study: “These assumptions are flawed because, thanks to the hard work of NHS staff, cancer treatments are actually back to pre-pandemic levels.

“If you have worrying symptoms you must get this checked.” 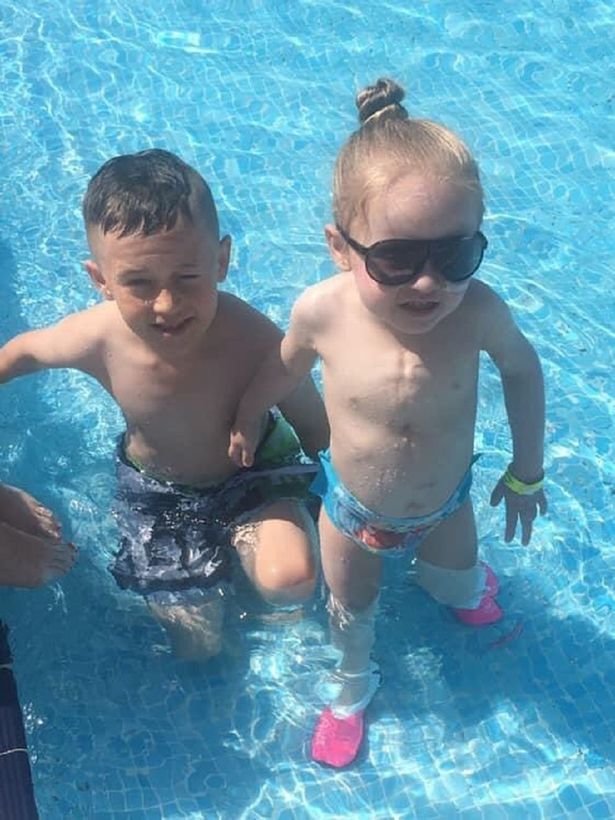 Scarlett Coleman with her brother Lucas

The previous day 367 deaths were reported, which was the highest figure since the end of May.

Hospitals in some parts of the country, including Liverpool, Lancashire and Nottingham, are now treating more Covid patients than at the peak of the first wave, the NHS in England said. In Leeds, health officials said only essential operations will go ahead in the city.

Adding to the gloom, a major study estimates there are now 96,000 new daily coronavirus infections in the UK, with the outbreak doubling in size every nine days.

This was up from 60 per 10,000 in the last round of the Government-commissioned React study.

The data, compiled Imperial College London and Ipsos MORI suggests the national R value has risen to 1.6 after briefly falling.

The biggest jumps in infection were seen in the 55 to 64 age group.

Prof Paul Elliott, who led the study, said: “There was a period when rate of rise was decreasing.

“But what we see this time is an increase in the rate of rise and not only a high prevalence in the north, rapidly increasing in the south.”

It follow reports Sage advisors, including Sir Patrick Vallance, have told ministers to expect deaths will hit 500 a day by the end of November. They are pushing for stricter lockdowns and warn 25,000 people could be in hospital with Covid-19 by next month