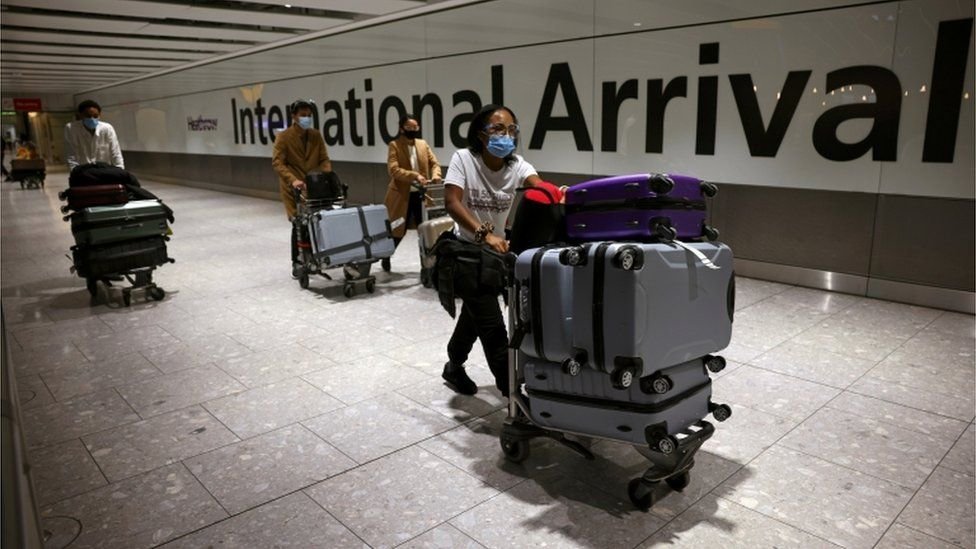 Priti Patel said declarations would be checked by carriers and there would be increased police at airports and ports.

The PM said earlier that UK nationals and residents returning from "red list" Covid hotspots would have to quarantine in government-provided hotels.

But Labour described the measures as "too little, too late".

Shadow home secretary Nick Thomas-Symonds said protecting the UK's borders was one of the key areas where the government had "fallen short" and he was "deeply concerned" the latest measures were "yet another example of this - too little, too late".

He added proposals to limit hotel quarantine to the specific "red list" of countries did "not go anywhere near far enough", adding the measures left "huge gaps" in the UK's defences against emerging variants of the virus.

It comes as a further 1,725 deaths within 28 days of a positive coronavirus test were reported in the UK on Wednesday, as well another 25,308 new infections, according to the government dashboard.

The data also shows that up to and including 26 January, more than seven million people have received a first dose of a coronavirus vaccine.

In a statement to the House of Commons on Wednesday, Ms Patel said England's lockdown rules were "clear [that] people should be staying at home unless they have a valid reason to leave. Going on holiday is not a valid reason."

She said the new rule would require people wishing to leave the UK to go abroad to first "make a declaration for why they need to travel", which would then be "checked by carriers prior to departure".

Ms Patel said: "Anyone who doesn't have a valid reason for travel will be directed to return home or they will face a fine."

What counts as essential travel?

Under the national lockdown, people must only travel abroad for essential reasons.

These are the same as the "reasonable excuses" for domestic travel, including:

*  Work that cannot be done from home

She said it was "clear that there are still too many people coming in and out of our country each day" and other border measures would be toughened up to "reduce passenger flow" and protect the UK's "world-leading" vaccination programme.

Police checks at home addresses will be increased to ensure arrivals are complying with self-isolation rules, and the UK will continue to refuse entry to non-UK citizens from "red list" countries which were already subject to the travel ban.

The list of travel exemptions would also be "urgently" reviewed, she added, to make sure "only the most important and with exceptional reasons are included". 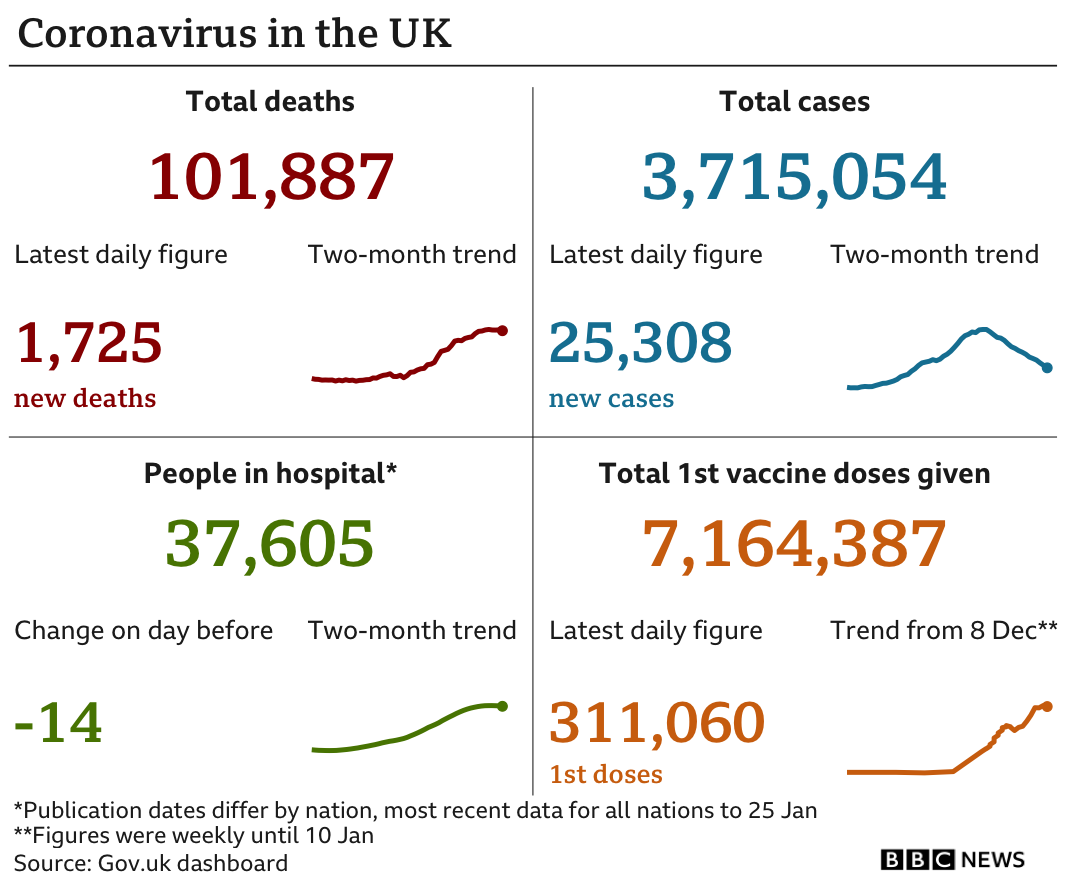 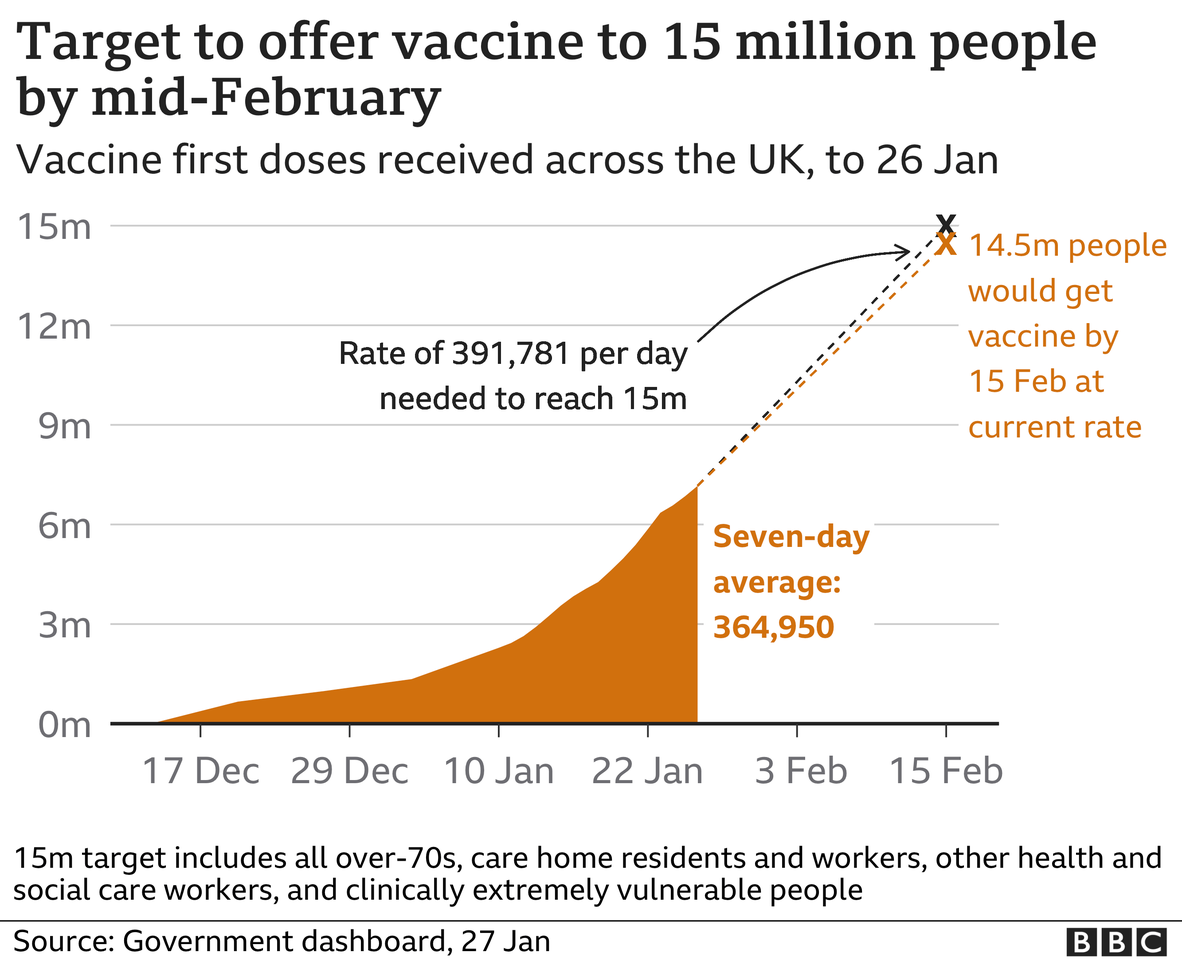 Earlier, Prime Minister Boris Johnson announced that UK nationals and residents returning from 30 high-risk countries would have to quarantine in government-provided hotels.

The measures will apply to people coming from most of South America, southern Africa and Portugal, amid concern over new variants of the virus. Most overseas visitors from those countries are already barred from entering the UK.

British nationals and those with residency rights who arrive from high-risk countries will be required to quarantine in a hotel at their own expense for up to 10 days, in a bid to improve compliance with self-isolation rules.

Covid hotel quarantine: 'It's the luck of the draw' 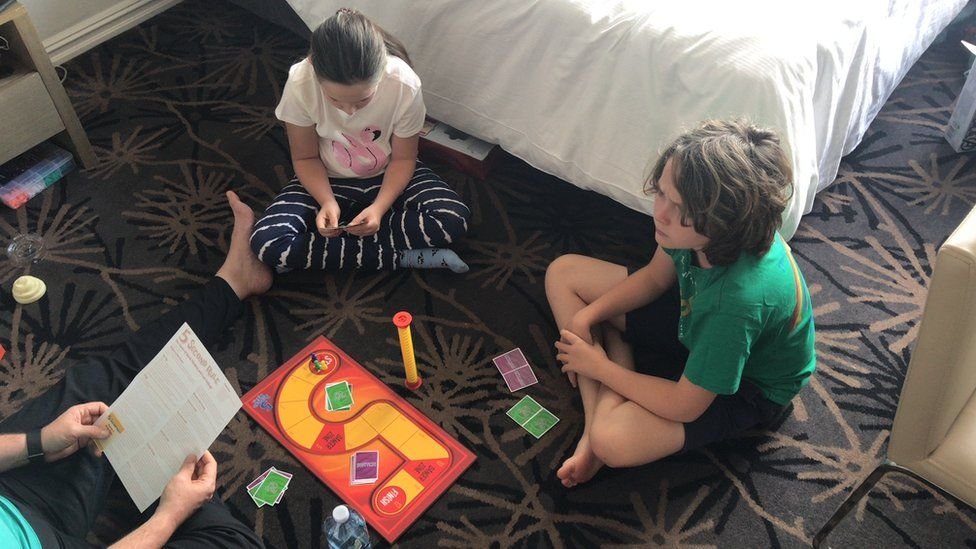 Keri McMenamin was returning to the country with her husband and two children after securing a job offer - leaving the UK in the middle of the coronavirus pandemic last year.

"It is literally luck of the draw," the 38-year-old said after securing her family's place in Australia's 14-day quarantine system. "You didn't know what to expect." Having done some research, Keri discovered Facebook groups busy with people relaying their experiences of quarantine.

"A lot of people were saying, 'Look, just expect the worst and then whatever you get is a bonus.'"

In the end, the family was given an interconnecting room. But the windows were sealed and their time outside limited to 20-minute stints every two to three days.

Mr Johnson told the House of Commons on Wednesday that arrivals who could not be refused entry would be required to isolate in government provided accommodation, such as hotels, "without exception".

These arrivals would be escorted from the airport and "transported directly into quarantine", with the Department of Health and Social Care (DHSC) working to set up these facilities "as quickly as possible", he said.

Ms Patel said the DHSC would "set out further details" on the hotel quarantine policy next week.

Ian Blackford, the SNP's Westminster leader, told the Commons that the Scottish and Welsh governments wanted "to go further" than what the UK government was proposing on quarantine measures, and challenged the PM to "stop his half measures" and bring in "stricter enforcement on international travel".

A spokesman for the Welsh government said "the need for a joint approach" to border measures had been agreed between the UK's four nations and the Republic of Ireland, but it did not believe the approach outlined by the UK government went "far enough".

"Further discussions on the details of the proposals will take place as soon as possible," he added.

In response to the government's announcement, Airport Operators Association chief executive Karen Dee welcomed the news that the new hotel quarantine policy would only apply to a limited number of countries, but questioned what "additional public health benefit" it would have, given strict travel rules were recently introduced.

She called on the government to set out "when and how we can ease all these measures safely and provide people with reassurance that travel will be possible again in the future".

At the moment, incoming travellers have to show proof of a negative Covid-19 test on departure, taken in the previous 72 hours. Then they still have to quarantine for up to 10 days, although this can be done at home.

Those who do not comply will face a fine of £500, with Border Force officials carrying out spot checks.

In England, the self-isolation period can be cut short with a second negative test after five days.

Quarantine rules are set separately in Scotland, Wales and Northern Ireland but have tended to differ only slightly.

Hotel quarantine is already in use in countries including New Zealand and Australia.