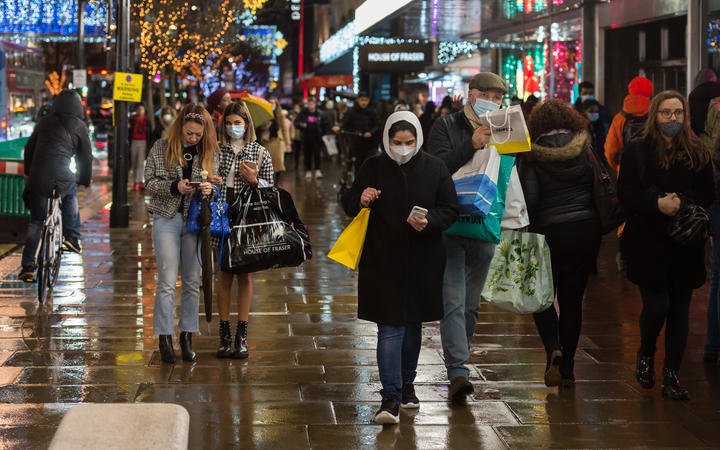 Covid: WHO in 'close contact' with UK over new virus variant

The World Health Organization (WHO) has said it is in "close contact" with UK officials over the emergence of a new variant of coronavirus.

The new variant is spreading more rapidly than the original version, but it is not believed to be more deadly.

Along with the UK, the same mutation of the Covid-19 virus has also been detected in the Netherlands, Denmark and Australia, the WHO told the BBC.

There is no evidence to suggest the new variant reacts differently to vaccines.

In the UK, large parts of south-east England, including London, are now under a new, stricter level of restrictions in a bid to curb the rapidly spreading virus.

On Sunday, European nations including Ireland, Germany, France, Italy, the Netherlands and Belgium all announced a halt to flights and travel from the UK. The measures vary and are initially generally short-term. 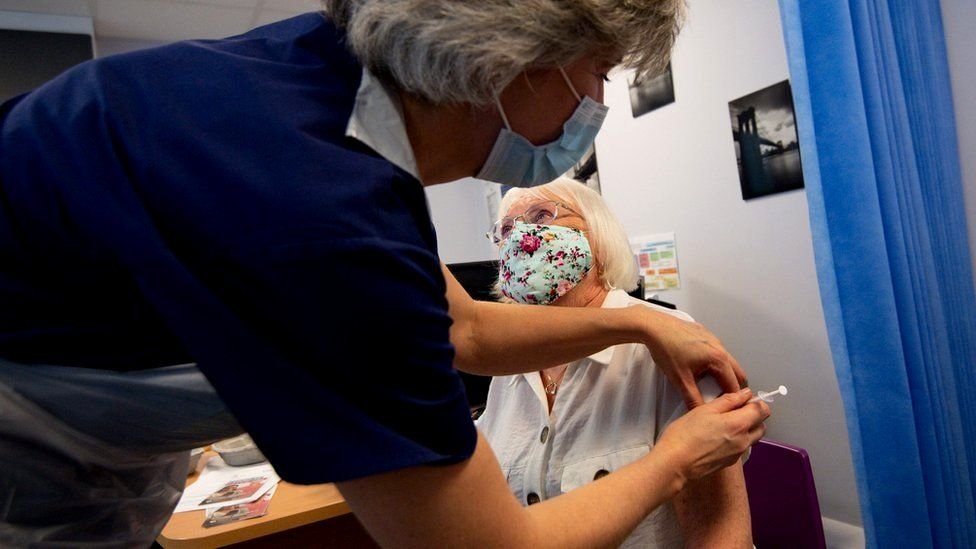 An EU meeting will be held on Monday morning to discuss a more co-ordinated response.

The Dutch move came after tests carried out on samples taken in the Netherlands earlier this month revealed the same new variant of coronavirus as that reported in the UK.

Pending "greater clarity" on the situation in the UK, the Dutch government said that further "risk of the new virus strain being introduced to the Netherlands should be minimised as much as possible".

The Dutch government also said it would work with other European Union member states in the coming days to "explore the scope for further limiting the risk of the new strain of the virus being brought over from the UK".

Speaking to the BBC's Andrew Marr programme, WHO epidemiologist Maria van Kerkhove said that specialists had been "following mutations across the world since the beginning of the pandemic".

What do we know about the new variant?

The WHO said that it was in contact with UK officials over the new variant.

It said the UK was sharing information from ongoing studies into the mutation, and that the WHO would update member states and the public "as we learn more about the characteristics of this virus variant [and] any implications".

Although there is "considerable uncertainty", UK Prime Minister Boris Johnson said the new variant may be up to 70% more transmissible than the old one.

He said, however, that there were "really optimistic things if you look, once we get the vaccine out, assuming the vaccine works against this - which at the moment is the working assumption."

Officials say there is no current evidence to suggest the new variant causes a higher mortality rate or that it is affected any differently by vaccines and treatments.

The WHO's senior emergency officer for Europe, Catherine Smallwood, said nine instances of the same variant as seen in the UK had been reported in Denmark, with one case in Australia and one in the Netherlands.

Several other countries had confirmed variants that "carry some of the genetic changes seen in the UK", Dr Smallwood added.

Mutations of the virus are frequently identified, the WHO's Dr Van Kerkhove told the BBC, adding that it was important to understand "what these variants do and how they behave".

What is happening around the world?

In the UK, the planned relaxation of Covid rules to allow households to mix over the Christmas period has been scrapped for large parts of south-east England - affecting nearly 18 million people - and cut to just Christmas Day for the rest of England, Scotland and Wales.

Italy has ordered a nationwide lockdown over much of the Christmas and New Year period. The country will be under "red-zone" restrictions over the public holidays, with non-essential shops, restaurants and bars closed, and Italians only allowed to travel for limited reasons.

The Netherlands and Germany have imposed lockdowns until January. In Germany, Christmas will see a slight easing, with one household allowed to host up to four close family members.

Austria is set to enter its third lockdown after Christmas. From 26 December, non-essential shops will be shut and movement outside homes restricted.

France's President Emmanuel Macron is in a "stable" condition after testing positive for coronavirus, his office said on Saturday. He is still experiencing symptoms, such as coughing and fatigue, but they are not preventing him from working, it said. 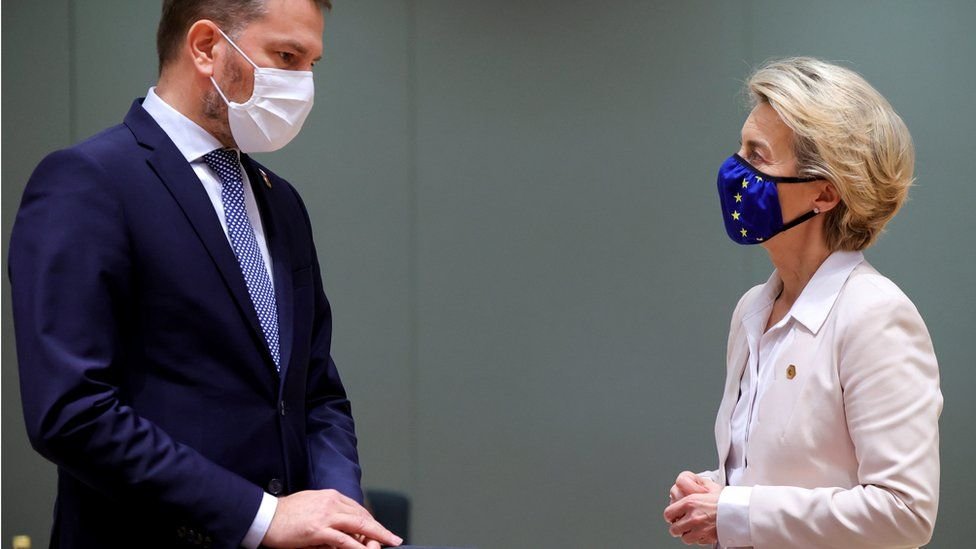 Several other European leaders who were also at the summit said they would self-isolate.

Australia's most populous state, New South Wales, has announced new restrictions on household gatherings and hospitality venues for the Greater Sydney area in an attempt to contain a growing outbreak there. Residents had already been told to stay at home.

In the US, the army general in charge of distributing Covid vaccines, Gen Gustave Perna, has admitted he failed over the initial number of Pfizer/BioNTech doses promised to states. More than a dozen states have expressed alarm at a cut in the expected number.