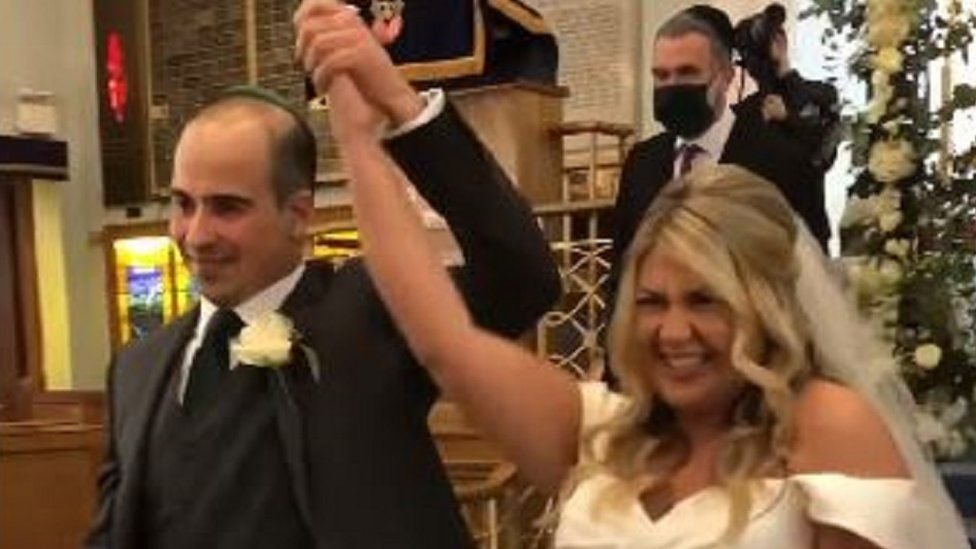 Covid: 'We organised our wedding in two hours to beat tier 4'

A couple rearranged their wedding in just two hours to ensure they tied the knot before London went into tier four.

Chloe Collins, 31, and Jamie Collins, 29, were due to marry on 6 September, but had reorganised three times due to changing coronavirus restrictions.

Mrs Collins said "our hearts sank" when Boris Johnson announced on Saturday a new tier-four lockdown across south-east England would start on Sunday.

The couple were married at 22:00 GMT on Saturday at Edgware United Synagogue.

"I've never in my life felt so much love and felt so grateful," Mrs Collins, a lettings negotiator, said.

The couple were allowed 15 guests but "over 100 people logged on to Zoom to watch us".

"We felt the love, and it felt like they were there," Mrs Collins said. 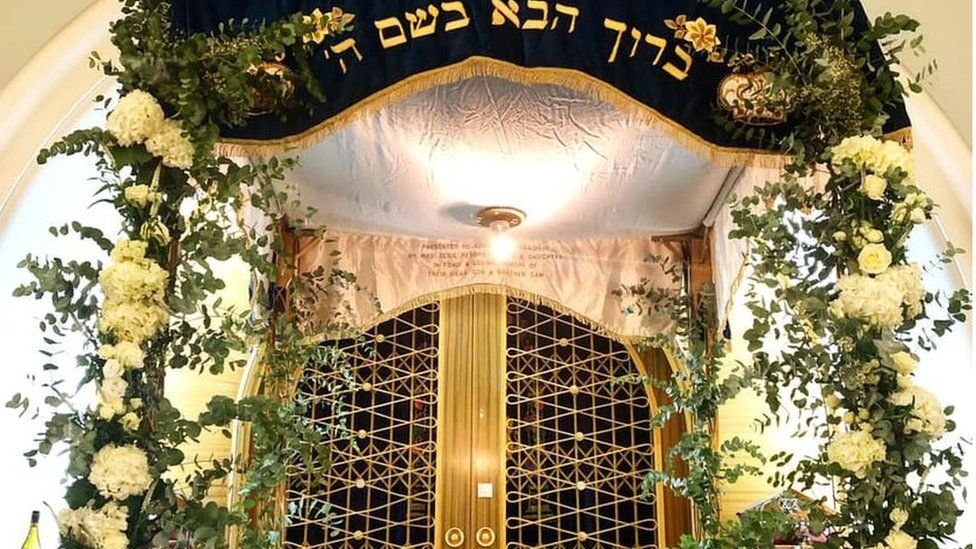 When coronavirus restrictions meant only 15 guests could attend weddings, the couple moved venue and planned for a wedding on 22 November.

They then rearranged for 20 December, after a four week-England wide lockdown came into force through November.

"Our rabbi had the idea to bring the wedding forward," Mr Collins said.

"We just started calling people to see what we could do, and the more calls we made the more people said 'yes'.

"It was a miracle that it just kind of came together. It felt like a dream. Some people take years to plan a wedding, but we did it in two hours."

Mr Collins's best man drove more than two hours to attend the wedding, before "getting back in his car and driving home", the couple said.

Under tier-four guidelines, weddings and civil partnerships are only allowed under "exceptional circumstances", such as if one partner is seriously ill and not expected to recover.

Since the wedding, the couple, from Watford, have been inundated with messages.

"I've been welling up with messages from people who aren't my close friends saying it was amazing," Mrs Collins said.

"I think it's just nice to hear nice news for a change."