Covid vaccine: First dose given to a million in Wales

More than one million people in Wales have been given their first dose of a coronavirus vaccine.

A total of 1,007,391 people had been vaccinated by Monday night, Public Health Wales said, but it confirmed the true total would be higher.

It means 31.9% of the Welsh population have had a first dose.

The million milestone of doses given - rather than individuals vaccinated - was reached on 27 February by including both first and second doses.

People delivering the vaccine - and families grateful to have received it - have been reflecting on the milestone. 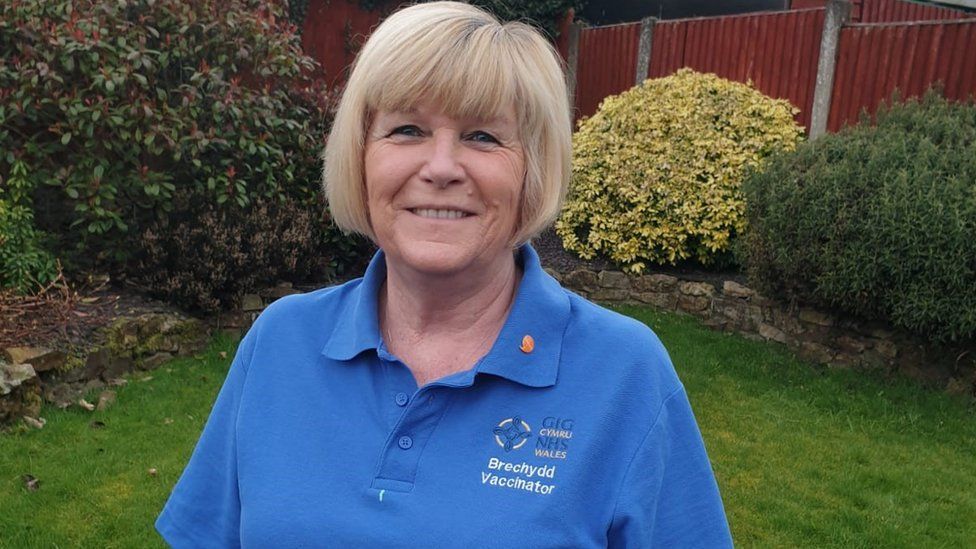 Retired nurse Gwenfair Jones came out of retirement to help out with the vaccination effort, and estimates she has given 1,200 jabs at the Deeside mass vaccination centre.

"I'm just proud to be part of the team," she told BBC Radio Wales Breakfast.

"Everyone who works in these centres are just amazing people - from people like nurses, to the admin staff, to the volunteers who are giving up their hours to be there helping us. It's fantastic team work."

Ms Jones said she had kept all the plastic needle caps of everyone she had vaccinated, which is usually between 60 and 72 people each day.

But she said it's not always just about getting needles in people's arms - many people are nervous because they "have not been out of their house for months", or are mourning the death of a loved one.

"We have had people who have come from funerals or are going to funerals the next day," she explained.

"They do get very emotional and I do try to spend a little more time with them and have a chat with them, and reassure them really."

Asked if she was happy she came out of retirement, she replied: "If you had told me 12 weeks ago I would be getting up at 06:30 on a Sunday morning to go to work, I would have laughed at you.

"I couldn't just sit at home while I was watching some of my friends struggling in work." 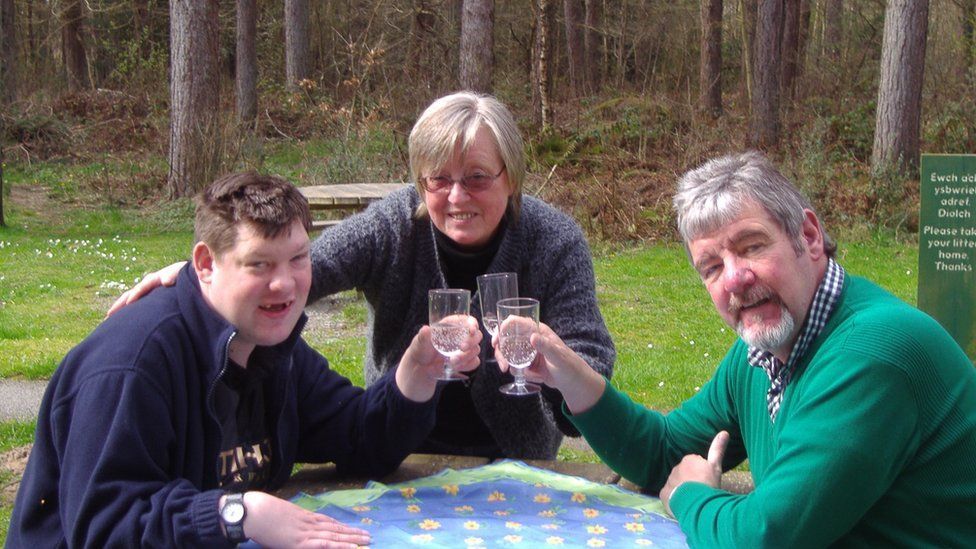 Angelika Monks, from Anglesey, said it was "absolutely wonderful" when she found out her son Steven could have the vaccine.

Steven has cerebral palsy, severe learning difficulties and a rare form of epilepsy, which means he needs round-the-clock care at a specialist home.

People with mental illnesses which cause functional impairment in Wales joined priority group six for the vaccine after they were previously not given priority.

Ms Monks said she had not been able to see Steven since Christmas Day, when they had to remain 2m apart, but speaks to him daily on video conferencing. 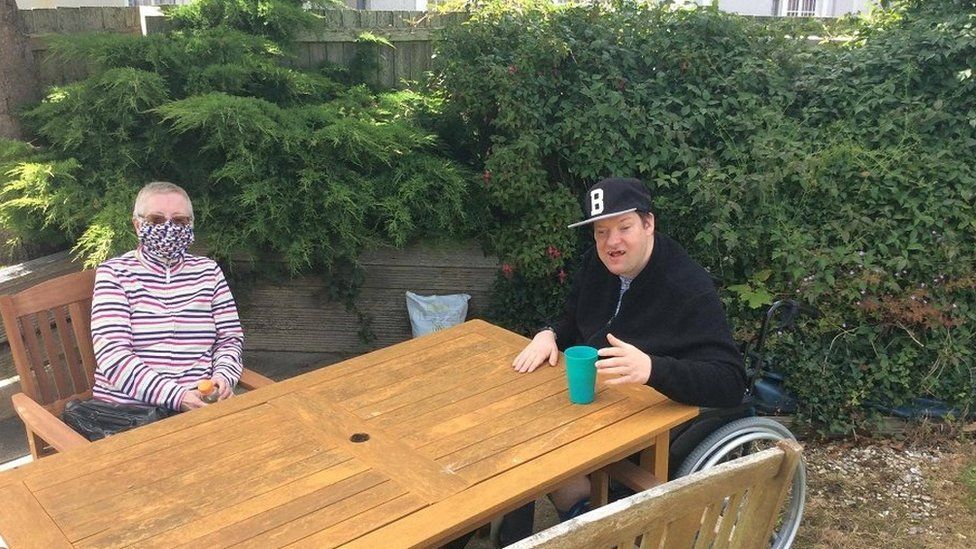 "You have to understand Steven has been in the house every day - he hasn't been to the day centre in a year, he hasn't seen his friends in a year," she said.

"That must be so frustrating for him. We have only been allowed to see him about five times [during the pandemic]."

Ms Monks said that when she was allowed to go and see him, she chose not to because "he wouldn't have understood why I wasn't able to give him a hug."

She added: "At one time he must have thought we had abandoned him."

'Not out of the woods' 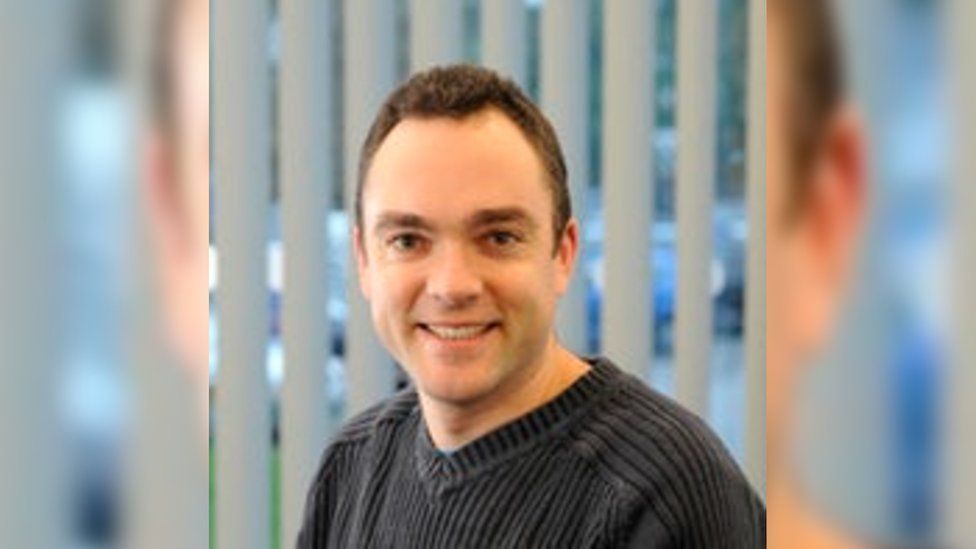 Despite reaching the "phenomenal milestone", we should be cautious about declaring victory too early, according to virologist Dr Richard Stanton, of Cardiff University.

"We have gone from a virus no-one had heard of, to having a third of the population vaccinated in just over a year," Dr Stanton said.

"But there are some caveats with that - there's no doubt that the vaccine will be our way out of the pandemic, but we are not out of the woods yet."

He also said a second dose offered the strongest protection, which most people who have been vaccinated had not yet received, adding: "We are a long, long way away."

But Mr Stanton said the fact there were zero further deaths reported on Monday amid falling case rates was "absolutely massive". 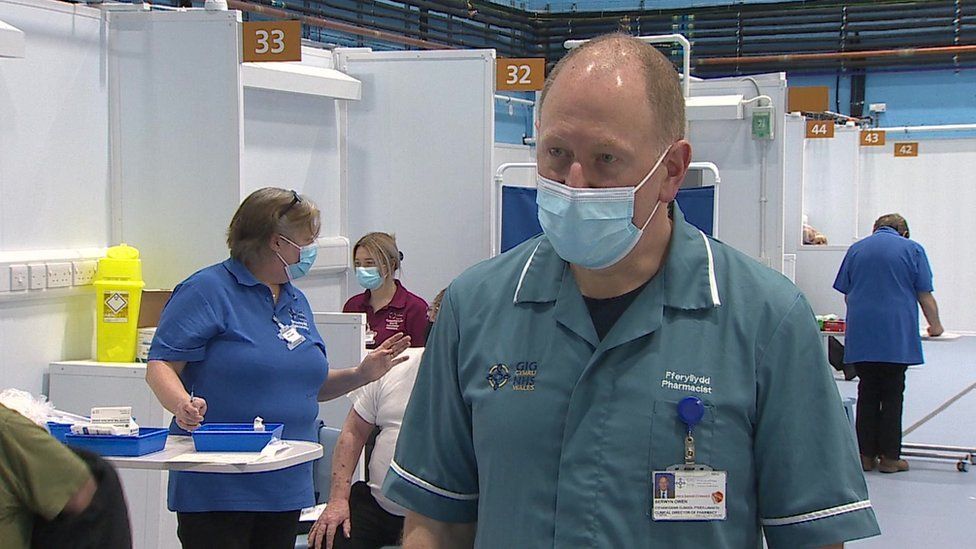 Mr Owen said: "There has been a colossal effort from the health service and in partnership working between the local authorities, the voluntary sector, the military and of course the will of the public themselves to come and be vaccinated."

He added "diligence is imperative" in reference to how the public should continue to behave, despite the number of people vaccinated.

"The vaccine itself offers protection from the severity of Covid but it doesn't stop you from transmitting or indeed getting it," Mr Owen continued.

"So until we reach that population immunity overall, where 95% of the population has been vaccinated, people need to take care and respect all the conditions have been set out by government for us to protect each other and the public."

What has the reaction been?

Health Minister Vaughan Gething said it was "a truly incredible testament to the hard work of everyone involved in the roll-out of this life-changing vaccine".

Mr Gething urged everyone to accept the vaccine when they are offered it, adding: "Each is a step closer to opening up our society, a step closer to a brighter future and our 'new normal'."

But the minister said it was important people continued to practice social distancing and good hygiene even if they have had the jab.