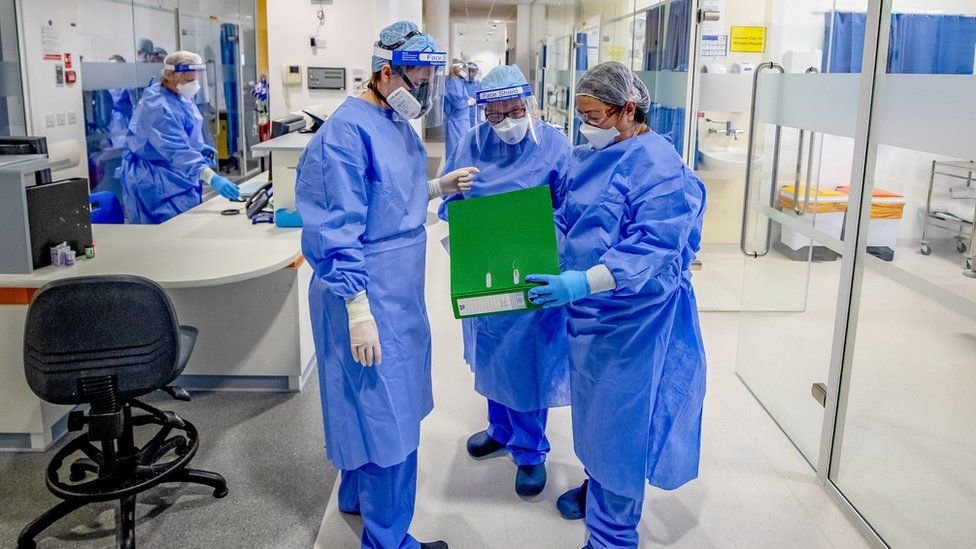 A further 1,820 people have died within 28 days of a positive Covid test, according to government figures.

It means the total number of deaths by that measure is now 93,290.

Mr Johnson said there was now a "race against time" to vaccinate the vulnerable but he hoped there would be a "real difference" by spring.

In an interview with broadcasters, he said the high number of deaths was "appalling" and a reflection of the peak infection rates seen a couple of weeks ago.

He said: "I must warn people there will be tough weeks to come, but as the vaccine goes in and that programme accelerates, there will be, I think, a real difference by spring."

Just under half of the newly reported deaths occurred on Tuesday, while a further quarter took place on Monday or Sunday with the remainder last week or even earlier.

The previous highest number of daily deaths was the 1,610 reported on Tuesday. 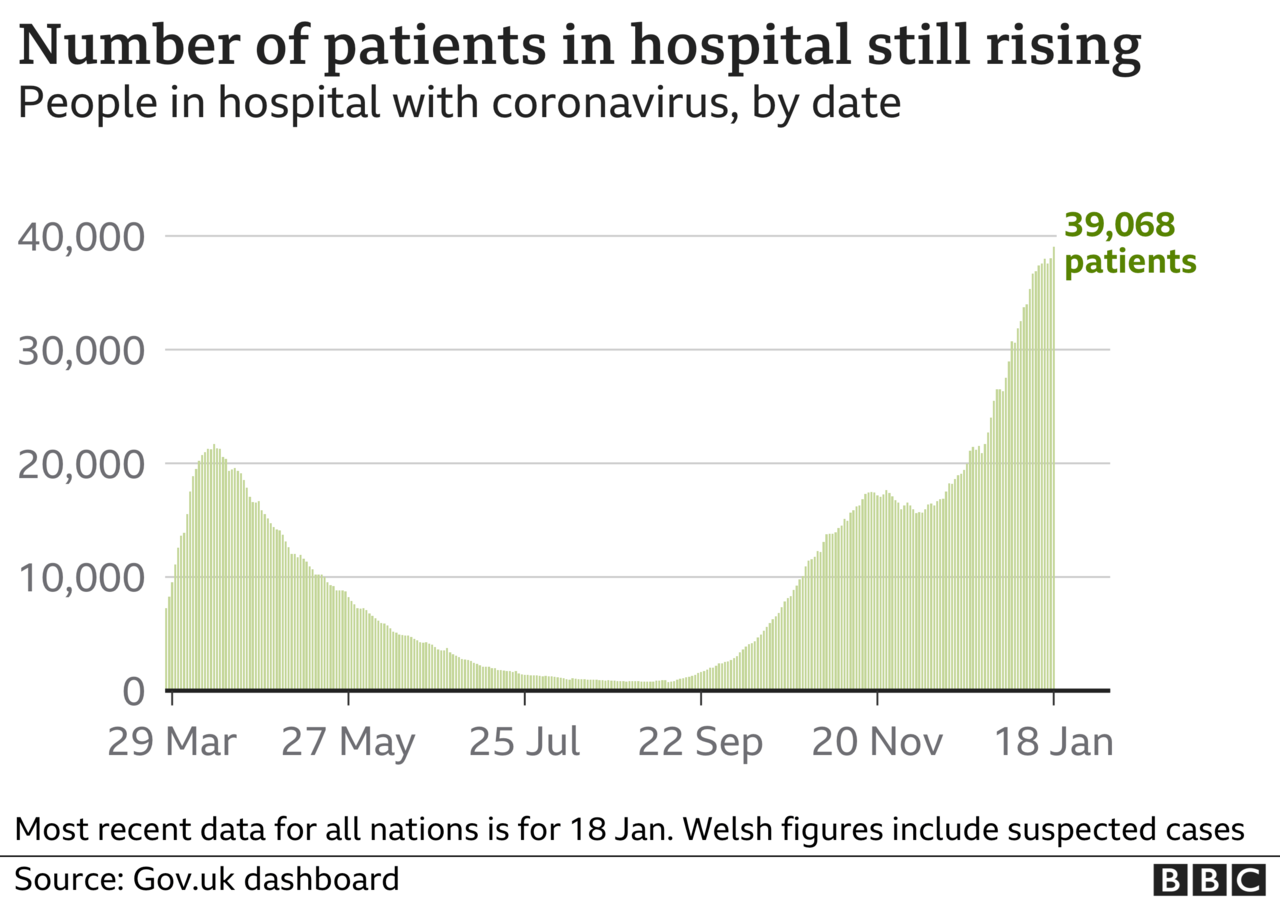 There were also a further 38,905 cases, with 3,887 more patients admitted into hospital.

It is the second consecutive day deaths have hit a new high.

That, sadly, was to be expected as it is a reflection of the surge in cases seen during December.

It takes a week or two from the point of infection for someone to become seriously ill - and they can then spend some time in hospital. The high number is also a result of delays reporting deaths - a quarter happened last week or even before.

But make no mistake the death toll is going up. If you look at the average over the course of a week, the numbers being reported at the moment are twice what they were just two weeks ago.

However, we also know they should soon start coming down. Daily infections are falling, with signs lockdown is taking effect. For four days in a row new diagnoses have been below 40,000 - after averaging 60,000 at the start of year.

It could be another week or so before we start to see the impact of that in the death figures. The hope then would be that within a few weeks we could start seeing a more rapid fall as the impact of the vaccination programme begins to bite.

But before that happens the daily totals reported could, sadly, go even higher.

New coronavirus cases are down by 21.5% over the last seven days. But the number of patients being admitted into hospital in the same period has not yet fallen (up by 0.5%).

The prime minister said it looked as though infection rates across the country overall might now be peaking or flattening, but he cautioned that "they're not flattening very fast".

Asked if daily deaths would continue to rise, he said it was "difficult to predict".

He added: "We must hope that by getting the numbers of daily infections down in the way that perhaps has been happening since the lockdown that will feed through into a reduction in deaths as well.

"But I must stress that we have tough weeks to come now as we roll out the vaccine.

"The light will only really begin to dawn as we get those vaccination numbers up."

Earlier, the government's chief scientific adviser, Sir Patrick Vallance, told Sky News: "This is very, very bad at the moment, with enormous pressure, and in some cases it looks like a war zone in terms of the things that people are having to deal with."

He said there was "light at the end of the tunnel" in the form of the vaccination programme.

But he said vaccines were "not going to do the heavy lifting for us at the moment, anywhere near it".

Military personnel are going to be deployed to a number of hospitals to help staff cope with high numbers of cases, including in Northern Ireland and Exeter.

And this week 10 hospital trusts across England consistently reported having no spare adult critical care beds.

In other developments, Home Secretary Priti Patel said ministers were working to ensure police and other frontline workers were moved up the priority list for the Covid vaccine.

Mr Johnson said the government must rely on advice from the Joint Committee on Vaccination and Immunisation, but wanted front-line workers to be immunised "as soon as possible".

He also said the vaccination programme remained "on track" despite "constraints on supply".