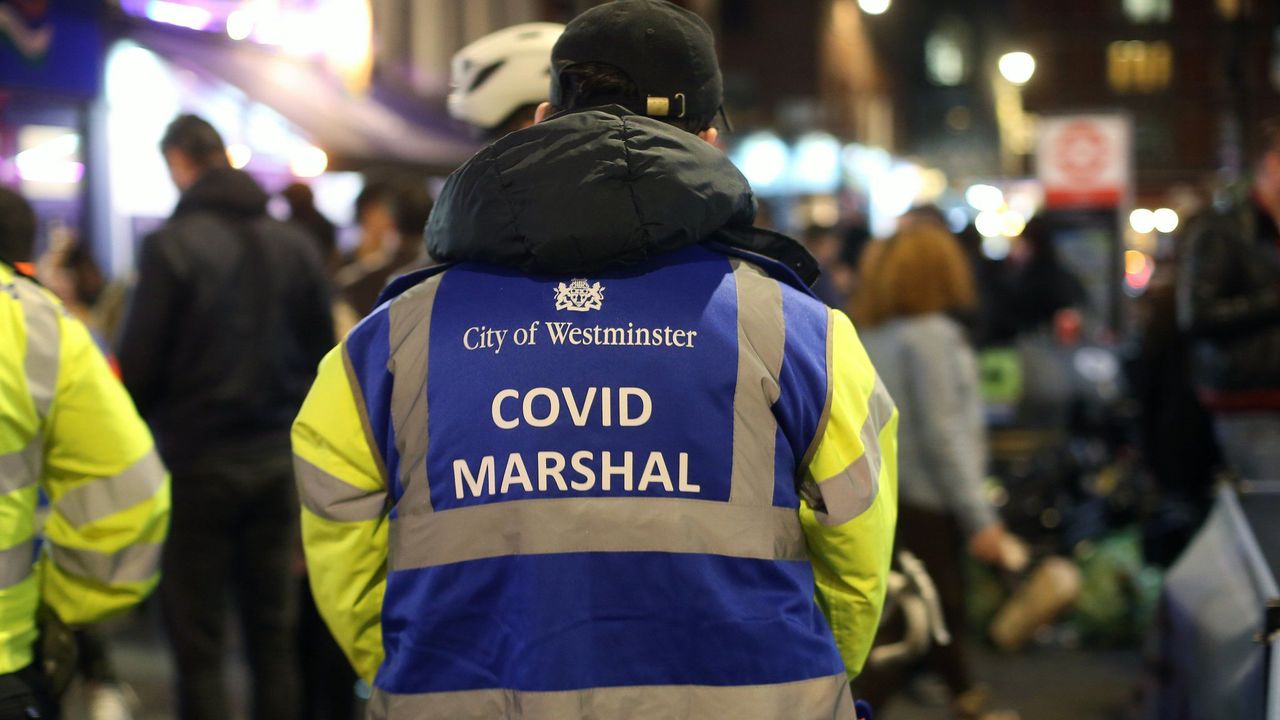 The person is no longer in the UK but had visited Westminster in London.

It comes after the government set out measures in response to the variant, including mandatory face masks in shops and on public transport in England.

And the Department for Education is now advising pupils in Year 7 and above, as well as school staff and visitors, to wear face coverings in communal areas.

The measure applies to education establishments in England including secondary schools, colleges and universities, as well as staff in childcare settings.

On Monday, an urgent meeting of G7 health ministers will be held "to discuss the developments on Omicron", the Department for Health and Social Care said.

Health Secretary Sajid Javid told the BBC ministers had acted "swiftly" and "in a proportionate way" as news of the variant emerged.

Other measures will see people arriving in the UK required to take PCR tests and isolate until they get a negative result. Both this requirement and the mask mandate will come into effect at 04:00 GMT on Tuesday.

Mr Javid said he expected to receive new advice within the next couple of days from the Joint Committee on Vaccination and Immunisation (JCVI) on extending the booster vaccination programme.

The deputy chairman of the JCVI told the BBC adults aged 18 and over "will have an offer of a booster earlier than we had previously envisaged".

But the government has stopped short of issuing advice to work from home or requiring vaccine passports in England, which are part of its Plan B for winter - a contingency plan if intervention on Covid is needed to protect the NHS.

Ten countries in southern Africa are now on the UK's travel red list, meaning that until further notice, any British or Irish residents arriving in the UK after recently visiting any of those countries will have to quarantine in an approved hotel for 10 days. Residents from the countries themselves will not be allowed into the UK until the red list status changes.

Prof Neil Ferguson - a key government adviser on the pandemic - said "it's likely we'll detect quite a lot more cases in the coming days" because the UK is among the countries to see the largest number of flights from South Africa, where the variant is circulating.

Omicron has been detected in a number of other countries, including Belgium, Denmark, Germany, Italy, the Netherlands, Australia, Hong Kong and Israel.

The UK Health Security Agency (UKHSA) said the person in the third UK case had been linked to travel in southern Africa. Testing is being carried out at locations they visited in London's Westminster area.

The agency said it was "very likely" more cases would be found in the coming days.

"We are continuing our efforts to understand the effect of this variant on transmissibility, severe disease, mortality, antibody response and vaccine efficacy.

"It's critical that anyone with Covid-19 symptoms isolates and gets a PCR test immediately. Vaccination is critical to help us bolster our defences against this new variant."

The first UK cases were confirmed on Saturday in Brentwood, Essex and Nottingham. Contact tracing is taking place and Essex County Council is asking people who were at a church and a KFC outlet in Brentwood to get a PCR test.

A wake-up call to get vaccinated

South Africa has a young population and it is encouraging that doctors there are reporting that Omicron is causing mild symptoms with no increase in hospital admissions.

But we need to see what happens when the variant moves into older age groups who are the most vulnerable to Covid.

We also need to see what happens when Omicron comes up against the fully immunised, and those who have had a third booster shot. So far the vaccines have proved highly effective at giving strong protections against severe illness from all variants.

If the vaccines prevent people falling seriously ill with Omicron, then some breakthrough infections - while unwelcome - will not be disastrous.

As long, of course, as people are already vaccinated. If anything, this is a wake-up call for those yet to be vaccinated to come forward and get the jab.

Prime Minister Boris Johnson has called the new measures for England "temporary and precautionary" - and said they would be reviewed in three weeks, just before most schools break up for the Christmas holidays.

Labour has called for full implementation of Plan B and for improved sick pay to encourage self-isolation.

Under the rules coming in on Tuesday:

* All contacts of suspected Omicron cases must self-isolate, regardless of whether or not they are fully vaccinated

* The health secretary has asked advisers to consider rapidly extending boosters, including reducing the gap between the second dose of the vaccine and the booster

In Scotland, Wales and Northern Ireland, face coverings are already mandatory on public transport and many indoor areas.

Asked about Scotland's approach to the new variant, First Minister Nicola Sturgeon said "we may need to go further in restricting travel in the days to come", adding: "We need to be open-minded to doing anything to keep the population safe."

The average number of daily confirmed Covid cases in the UK began rising again in early November. A further 37,681 confirmed cases were announced on Sunday. 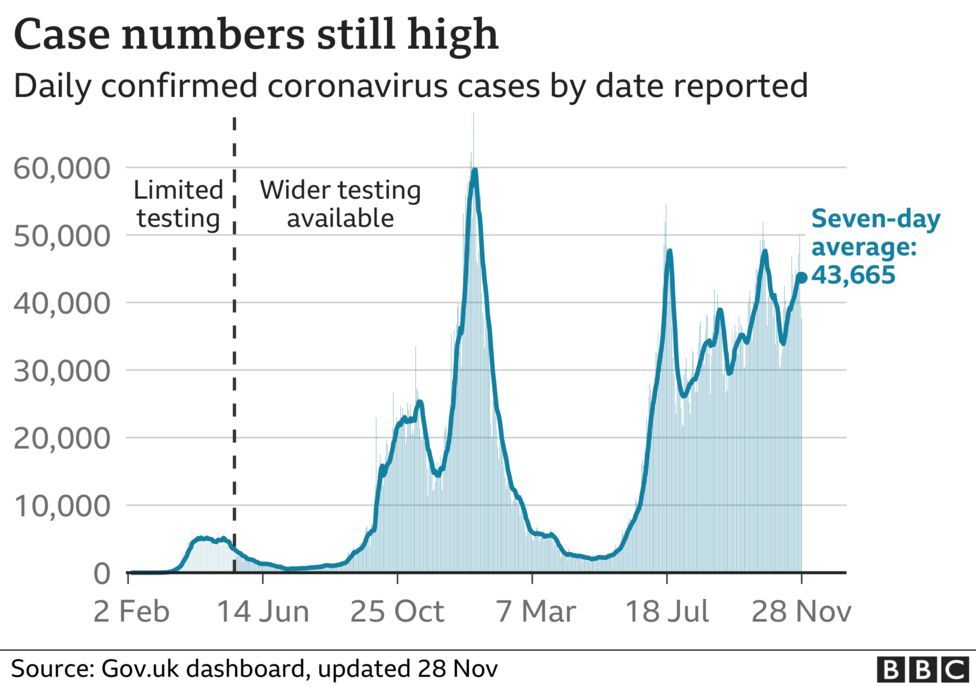 Watch: Dr Susan Hopkins of the UKHSA says there are "important things we can all do" to reduce transmissions of Omicron
Watch: The health secretary says mask wearing in shops and public transport in England will be a legal requirement
#Boris Johnson  #Coronavirus  #Vaccines  #COVID-19  #Johnson  #vaccine  #Covid
Add Comment