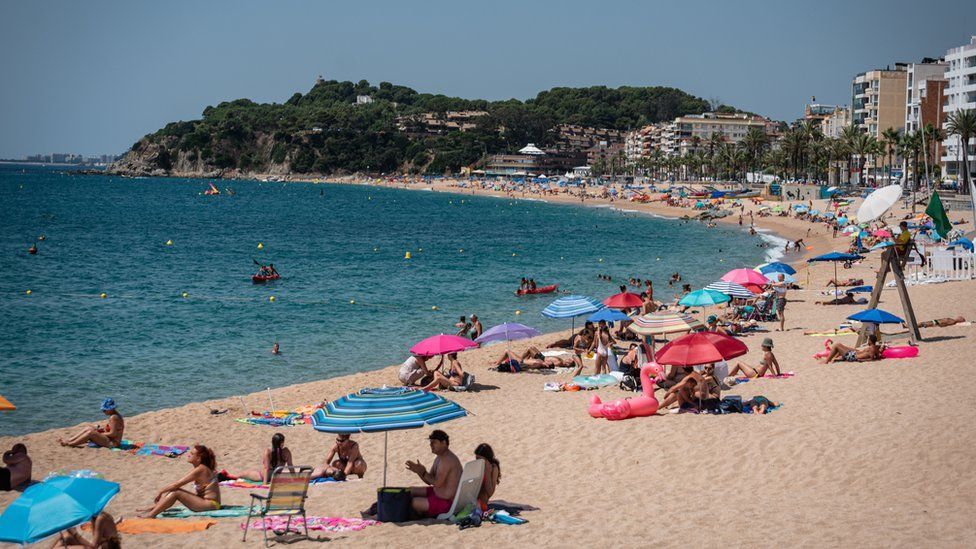 Summer holidays overseas are "extremely unlikely" because of the risk of travellers bringing coronavirus variants back to the UK, a scientist on a government advisory body has said.

Foreign holidays are currently not allowed and returning travellers have to quarantine.

Transport Secretary Grant Shapps said it was "too early to tell" when holidays abroad would be allowed.

Under the current road map for easing restrictions, the earliest date people in England could holiday abroad would be 17 May.

People can currently travel abroad for a limited number of reasons, such as education or work, with anyone who does having to fill in a "Declaration to Travel" form stating a valid reason for leaving the country.

A government taskforce will report to the prime minister on 12 April detailing when and how international travel can resume.

In Scotland, national clinical director Jason Leitch also said foreign summer holidays in Europe were looking "less likely" as Covid numbers in some countries were a "cause for concern".

Health Secretary Matt Hancock said on Saturday morning half of all adults in the UK have now received a coronavirus vaccine.

Dr Tildesley, a member of the government's Scientific Pandemic Influenza Group on Modelling, which feeds into Sage, said there was a danger holidaymakers could bring back variants, like the one that emerged in South Africa - which were less susceptible to vaccines.

"I think we are running a real risk if we do start to have lots of people going overseas in July, for instance, and August because of the potential for bringing more of these new variants back into the country.

"What is really dangerous is if we jeopardise our vaccination campaign by having these variants, where the vaccines don't work as effectively, spreading more rapidly."

Future vaccination campaigns might need to be considered to tackle future variants, but "the longer that we can push that down the road... the better", Dr Tildesley added.

Prof Andrew Hayward, from Sage, said it was "unlikely" the government would want to encourage travel to European countries currently experiencing high levels of coronavirus infections.

"I suppose one of the more worrying things about this resurgence is that in some parts of Europe the South African variant is beginning to creep up to higher levels," he told Times Radio.

He said this variant was of "particular concern" because vaccine effectiveness against it was "quite low". 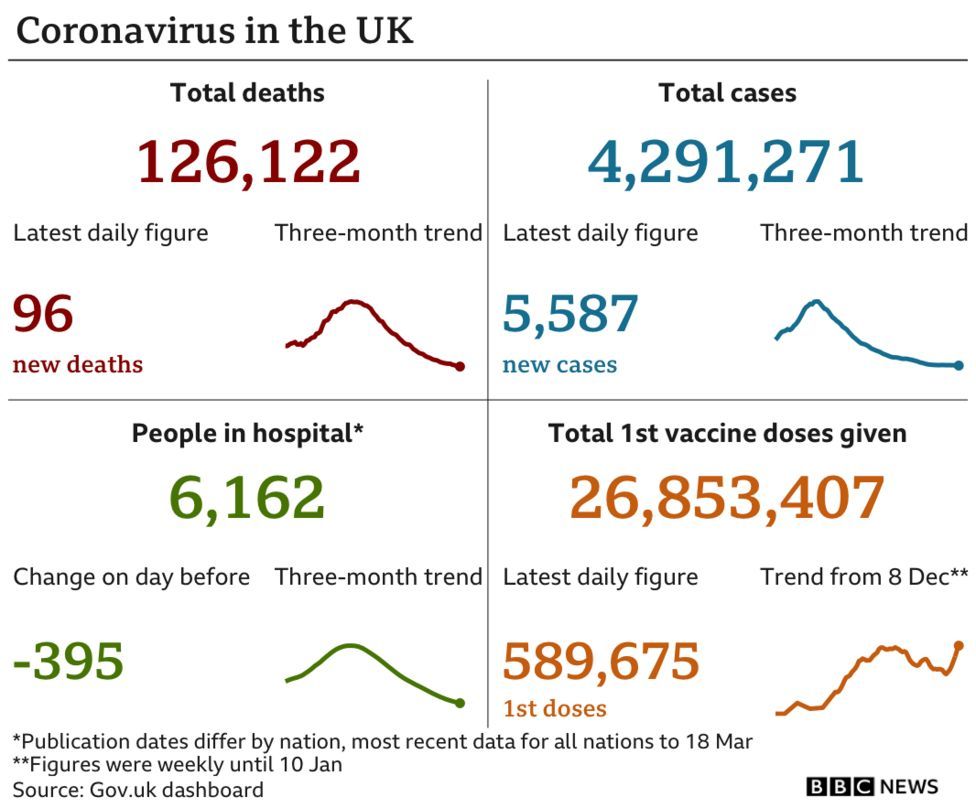 Airlines UK, which represents UK-registered carriers, said it was "too early to say" what the state of Covid will be in Europe and the rest of the world in 10 weeks' time.

"We have always said any reopening must be risk-based, but also led by the overriding assumption that as the vaccine rollout accelerates both here and abroad, a phased easing of restrictions is achievable," Airlines UK said.

"We know that universal, restriction-free travel is unlikely from 17 May but under a tiered system, based on risk, international travel can meaningfully restart and build up, with minimal restrictions in time."

February's announcement of the roadmap for easing restrictions in England was followed by a flurry of reports from airlines and holiday companies that future bookings had surged - particularly from July onwards.

Although domestic operators reported strong demand for UK-based getaways, many people are clearly desperate to go abroad when it is allowed.

Stricken travel and tourism firms desperately need their business. They see this summer as crucial.

But although 17 May is in the calendar as the earliest possible date for international leisure trips to resume, this has never been guaranteed.

Nor do passengers yet know exactly what rules or systems might be in place to enable travel to re-start.

All eyes will be on what the global travel taskforce reports on 12 April.

What are the variants and will vaccines work?

There are thousands of different versions, or variants, of Covid circulating but there has been particular focus on those first found in three countries:

These variants could be much more contagious or easy to catch but there is no evidence any of them cause much more serious illness for the vast majority of people who become infected.

Current vaccines were designed around earlier versions of coronavirus but scientists believe they should still work, although perhaps not quite as well.

Vaccines can be redesigned and tweaked in the future to be a better match.

Meanwhile, Kate Bingham, the former head of the UK's vaccine taskforce, said some European leaders were being "completely irresponsible" over their approach to the Oxford-AstraZeneca jab.

"If I was sitting in those countries I would not be happy to have leaders that are undermining a vaccine that could actually protect," Ms Bingham told the Daily Telegraph.

Several countries decided to suspend use of the Oxford-AstraZeneca vaccine following reports some people suffered blood clots after receiving the jab.

Data supplied by AstraZeneca showed there had been fewer than 40 reports of blood clots among the 17 million people across Europe who had been given the vaccine.

UK and EU regulators said there was no evidence the Covid vaccine caused blood clots and Boris Johnson has said the vaccine is safe - receiving it himself on Friday.

Dr Catherine Smallwood, from the World Health Organization, said: "We can't talk about the interest of one country or one city or one part of the world, this is so interconnected and we've really got to come out of this together."

France is refusing to give the Oxford-AstraZeneca vaccine to under-55s having previously said it was unsuitable for older people - a move Prof Bell said undermined confidence in the vaccination rollout.

"It doesn't make any sense. The whole thing looks completely crackers. They are changing the rules almost every week," he told Today.

"They are really damaging people's confidence in vaccines generally - not just the AstraZeneca vaccine.

"They are sitting on a massive stockpile of vaccines that they haven't deployed yet and at the same time they have got a massive wave of the new variants coming across the country."

More than 26 million people in the UK have received at least one dose of a coronavirus vaccine, according to government figures. 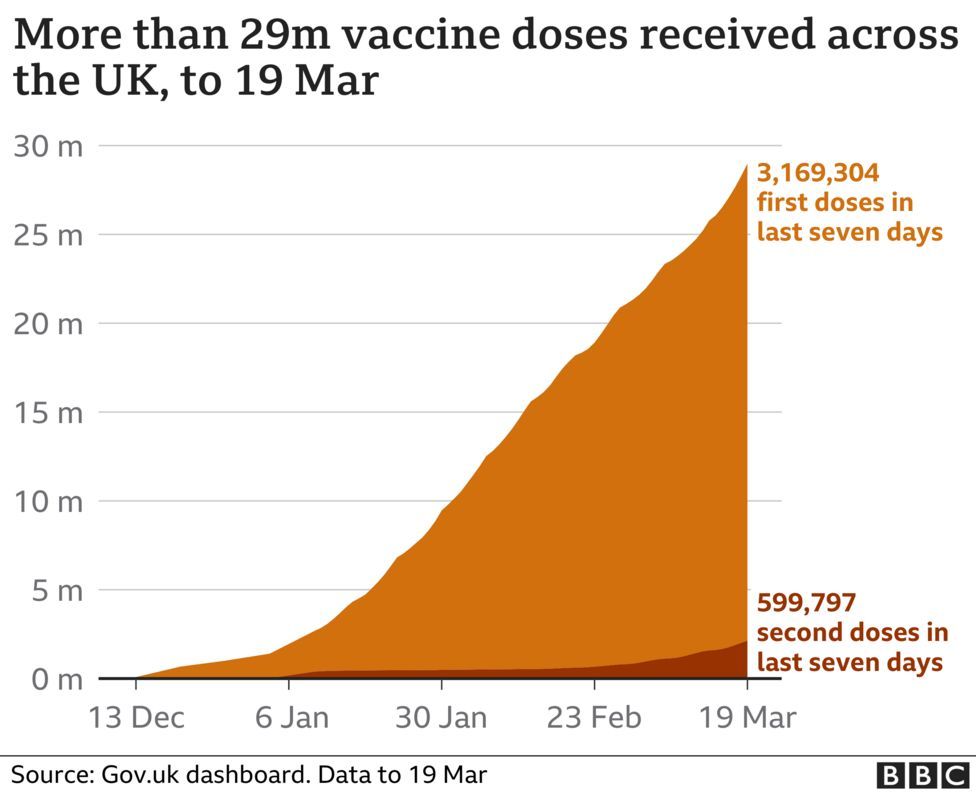