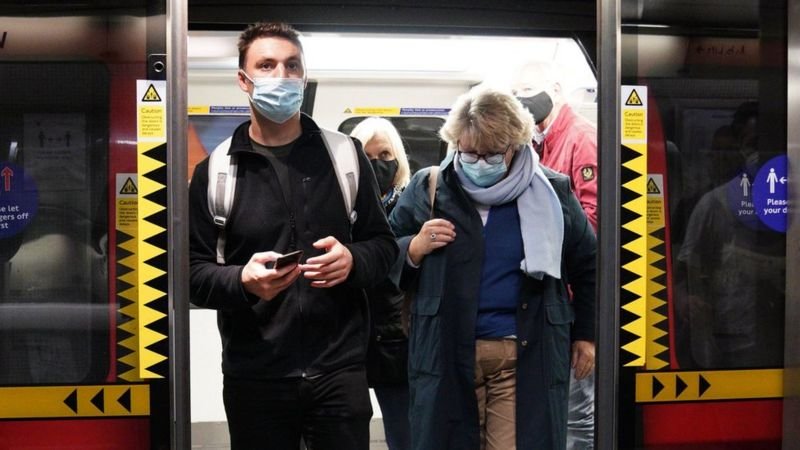 The Scientific Advisory Group for Emergencies (Sage) says there are around four times as many people catching Covid than anticipated.

A "reasonable worst-case scenario" is used by officials and the NHS to plan for the months ahead.

It had estimated 85,000 deaths from Covid over the course of winter.

But an official Sage document, dated 14 October and published today, reveals we are in a worse position than expected.

Scientists crunching the numbers estimated that, by mid-October, there were between 43,000 and 74,000 people being infected with coronavirus every day in England.

Their report said: "This is significantly above the profile of the reasonable worst-case scenario, where the number of daily infections in England remained between 12,000-13,000 throughout October."

Analysis: Are we heading for lockdown?

You don't need to be a genius to realise how difficult managing the virus through winter is going to be.

Scientists advising the government have been arguing for a short, planned lockdown - called a circuit-breaker - since 21 September.

They made the case when there were around 5,000 confirmed cases a day. The numbers have changed dramatically since then and their argument is intensifying, not lessening.

The government is holding to its regional "tiered" system even as other countries introduce new lockdowns.

There are glimmers of hope with cases appearing to level off in the North East and the R number drifting down.

However, the national R is not below one and there will be a constant argument for tighter restrictions, in whatever form, until it is.

The biggest thing to remember is quite how much further we have to go - November, December, January and February are expected to be the toughest months - and we are in this for the long haul.

The report added that the number of people with Covid needing hospital care is already higher than the winter plan and deaths will "almost certainly" exceed the plan in the next two weeks.

However, this is not the same as saying more than 85,000 people will die this winter. Government action can still change the course of the pandemic.

The report stated that if cases fall in the "very near future" then the higher than anticipated deaths "might only continue for three to four weeks".

But if cases are not brought under control then the "epidemic will further diverge from the planning scenario", it added.

Even if cases are brought under control today, deaths would be expected to rise for another month due to the time between when some somebody is infected, when they need hospital care and when they die.

It comes as figures from the Office for National Statistics suggested an earlier warning on Covid case numbers, issued by the government's chief scientific adviser, Sir Patrick Vallance, has turned out to be accurate.

The ONS estimated that there were about 52,000 new infections each day in homes in England alone in the week ending 23 October.

But cases of Covid-19 appear to be levelling off in the north-east of England, according to the ONS. While cases remain high, they have not continued on the trajectory of regions such as the North West and Yorkshire and the Humber.

The current estimate of the R number in the UK - the number of people each infected person passes the virus on to on average - is between 1.1 and 1.3.

This is lower than last week's estimate of 1.2 to 1.4, and lower than the estimate of 1.3-1.5 two weeks ago. It suggests that restrictions and changes in people's behaviour is having an impact.

But anything above an R of 1.0 means cases are still growing. 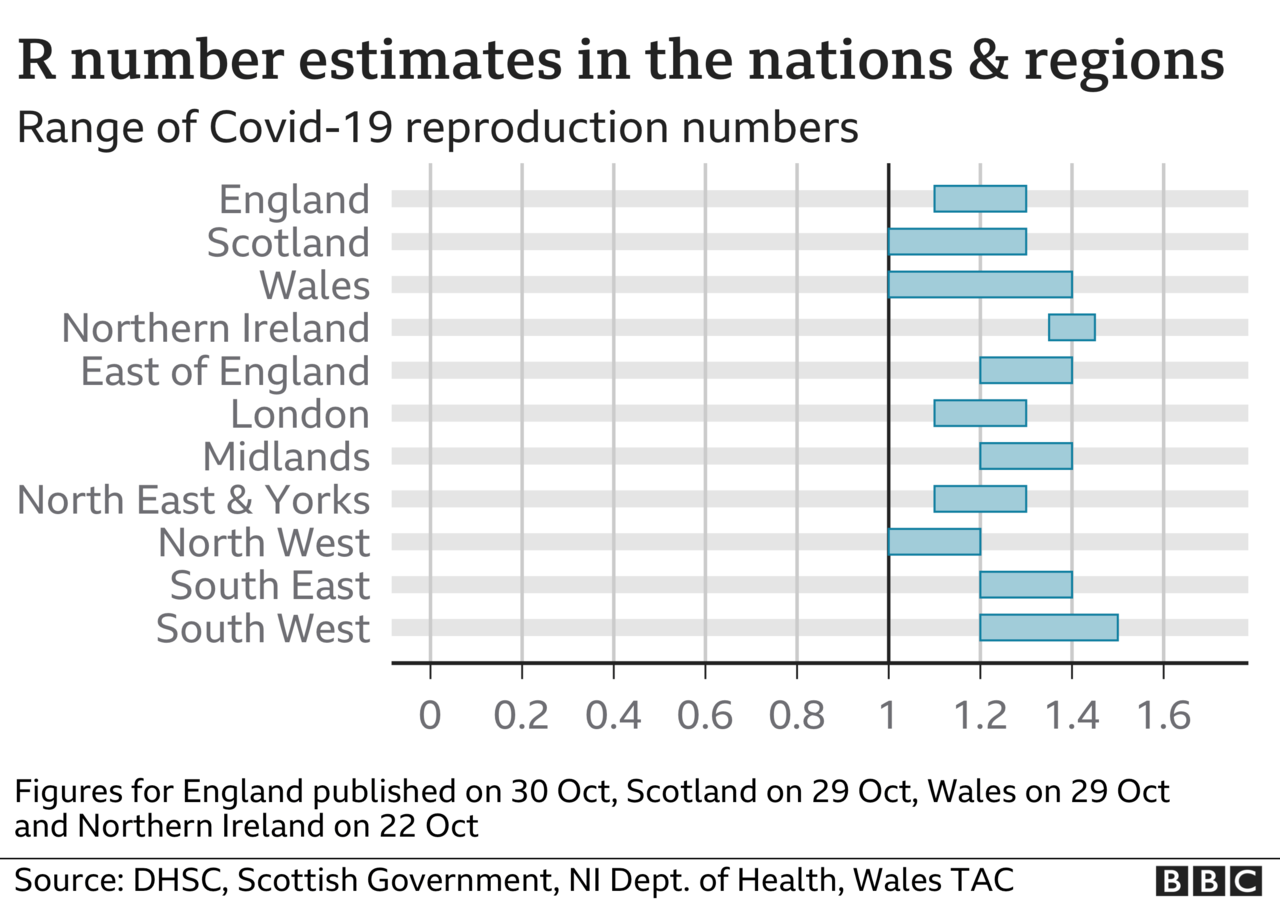 The University of Warwick's Dr Mike Tildesley, who sits on the Sage sub-group SPI-M, told the BBC News website: "If we are in a situation where what we're seeing exceeds the worst-case scenario, then this is a concern."

He added: "There's still some uncertainty, the worst-case scenario does climb quite dramatically in November and December and there's been a lot of policy changes in the last couple of weeks.

"It may be that we see the trajectory come down a bit."

However, he went on to say that tier three restrictions are unlikely to bring the R number below 1.0 and that "we might need to take more action on a national scale".

That is not part of the government's current strategy, which is focused on local restrictions to control the virus.

Foreign Secretary Dominic Raab said earlier the government was "striving" to avoid new national restrictions. This week, both Germany and France have taken that step.

Mr Raab told the BBC that ministers were "confident" they had "the right measures and framework in place, which is not to have a blanket approach, but to target measures [...] on the areas where the uptick is highest".

Sir Ian Diamond, the national statistician and Sage member, said he was "fairly gloomy" as the virus was "moving very quickly".

"I think we need to be absolutely tireless in everybody across the country following the rules around safe distancing, hand washing, wearing masks, because if not, then I fear that the virus is going to exponentially increase," he said.

A government spokesman said: "We continue to prepare for a wide range of scenarios, including the reasonable worst-case scenario, and this is kept under constant review.

"We will not hesitate to put in place further measures if necessary."