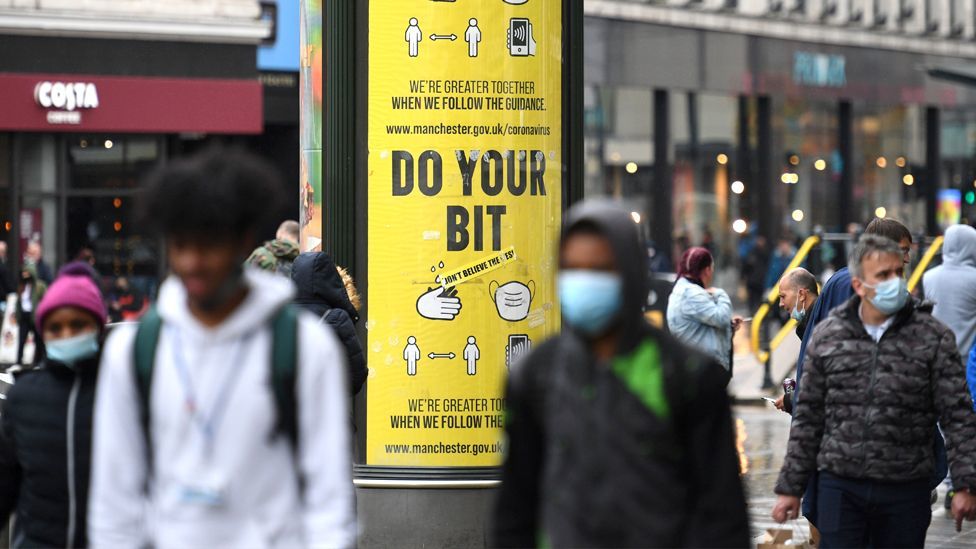 Black people in England have been no more likely than white people to die of Covid-19 in the second wave of the pandemic, official data shows.

The Office for National Statistics (ONS) found that, for black people, this gap had closed.

Researchers from the ONS, University of Oxford, London School of Hygiene and Tropical Medicine, and University of Leicester said widespread reports that people belonging to ethnic minorities were disproportionately affected by Covid-19 may have raised awareness.

The study used official data on 28.9 million people aged between 30 and 100 living in private households in England between the first wave (from January until the end of August 2020) and the second wave (from September to the end of December 2020).

But in the second wave, black people were not at higher risk of dying than white people, as they had been during the first wave.

The researchers said this showed "ethnic inequalities in Covid-19 mortality can be addressed".

However, South Asian people had up to about a five-times greater risk of death with coronavirus compared with white British people - ranging from a 4.8-fold increase in the risk of dying for Pakistani men to 1.6 times higher for Indian women.

The findings were presented in a preprint but have not been formally published yet.

A number of different factors have been suggested for why some ethnic groups have been hit harder than others by the pandemic:

* Living in overcrowded or multi-generational housing

These factors will be different for different groups - but they also appeared to change during the pandemic.

During the first wave, "geographical factors explained a large proportion of the differences in Covid-19 mortality," said the team, lead by Vahé Nafilyan at the ONS and Nazrul Islam at the University of Oxford.

In other words, people from minority ethnic groups were more likely to live in areas harder hit by the virus.

But this was not the case in the second wave - and even after they adjusted for factors like health status, income and deprivation, the risk of dying of Covid remained "substantially higher" for people from Bangladeshi and Pakistani backgrounds.

This suggested, the paper said, that "focusing on treating underlying conditions, although important, may not be enough in reducing the inequalities in Covid-19 mortality."

It said "a focused public health policy as well as community mobilisation and a participatory public health campaign involving community leaders may help reduce the existing and widening inequalities."