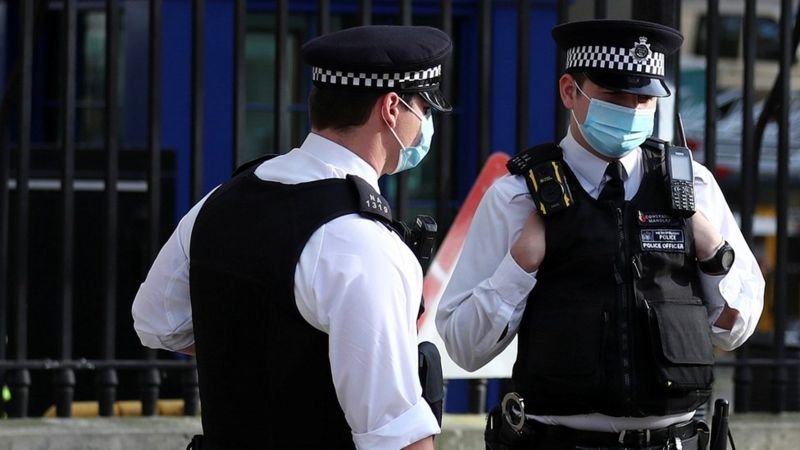 More than 800 police officers in the UK have tested positive for Covid since the pandemic began, new figures show.
Across 24 of the UK's 45 police forces who supplied figures, 849 offices have had a positive test.

The police have been tasked with ensuring the public follow the government's coronavirus restrictions.

The Police Federation said officers were in "constant worry" when confronting offenders who might spit, bite or cough at them.

The new figures, obtained through freedom of information requests by the Press Association news agency, show there have been positive tests for 228 officers from Police Scotland, 101 from West Midlands Police and 95 from Greater Manchester Police.

Merseyside Police's chief constable Andy Cooke, who tested positive in March, was among 62 people to have contracted the virus at the force.

However, the figures do not include the Metropolitan Police, the UK's largest force, and the other 20 forces who did not respond to the information request.

Anyone who tests positive for the virus has to self-isolate for at least 10 days.

John Apter, chairman of the Police Federation, said it was "inevitable" some officers would catch the virus given the nature of their work.

He said: "There is the constant worry of bringing the virus home to their loved ones, which is exacerbated when they deal with offenders who weaponise the virus by spitting, biting and coughing - which is disgusting and unacceptable.

"People need to realise that behind the uniform, officers are mothers, fathers, sons and daughters."
#Covid  #Coronavirus
Add Comment