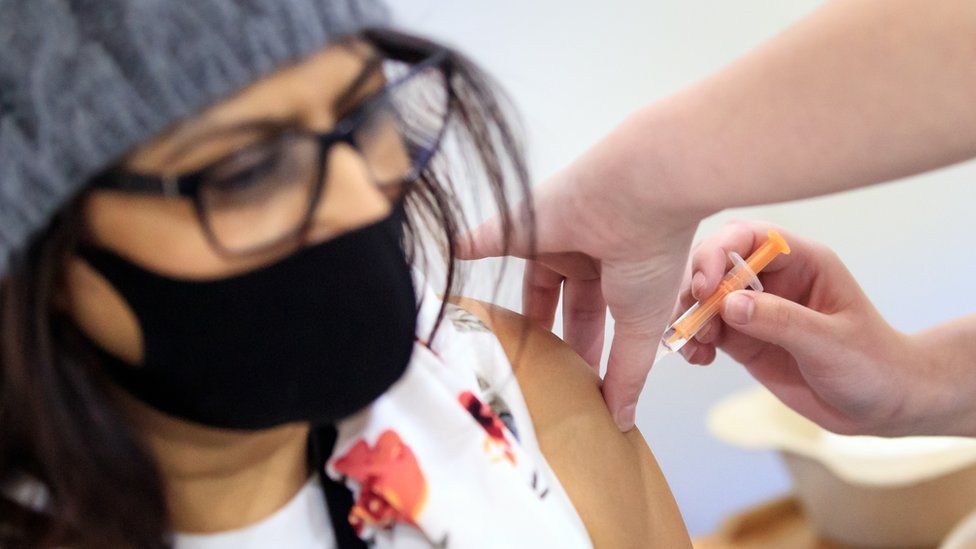 Covid: Mandatory jabs for health staff being considered in consultation

Compulsory Covid and flu jabs for frontline NHS and care workers in England are being considered in a government consultation.

Plans are already in place to make it mandatory for care home workers in England to be fully vaccinated.

But some unions and care organisations have warned that making the jabs mandatory will lead to staff shortages.

Health Secretary Sajid Javid is urging all health service workers to get both jabs to protect vulnerable patients.

About 88% of NHS trust staff have received two Covid doses, but in some trusts that falls to 78%, figures show.

In the UK, more than 30,000 new daily cases have been reported for nine days in a row and the number of people in hospital with the disease is rising.

The six-week consultation process will take views on whether vaccine requirements should apply for health and wider social care workers - those in contact with patients and people receiving care.

Those working in care homes in England regulated by the Care Quality Commission need to be double jabbed, unless medically exempt, from November.

These latest proposals, if agreed, would extend that to all health service workers and would mean that only those who are fully vaccinated - unless exempt - would be able to be deployed to deliver health and care services.

Care organisations have warned compulsory vaccinations could cause difficulties in a sector that already struggles with recruitment.

Social care minister Helen Whately said about 90% of care home staff have already been vaccinated and the government was working with care homes to support staff who were hesitant about getting the jab.

Asked if they would be sacked if they did not get vaccinated, she told BBC's Breakfast alterative roles would be sought for them outside the care home, adding: "This is really difficult."

She said she had spoken to care home residents and their families who said they wanted workers double vaccinated to give them the most protection against Covid.

Views from government advisory bodies on the plans are mixed.

The Scientific Advisory Group for Emergencies (Sage) Social Care Working Group advises a similar approach to vaccination across social care and health sectors, because the network of residents, patients and workers are so close and often overlap.

While Professor Adam Finn, from the Joint Committee on Vaccination and Immunisation, said if the proposals did go ahead, it would be "like an admission of failure" and imply that messaging was not effective enough.

"It's like saying you can't either find the time or find the ability to explain to people why it makes sense and create the culture in which everybody does it because they understand why it's important," he told BBC Radio 4's Today programme.

The consultation is expected to focus on the proposals, their scope, and any impact on staffing and safety such as reducing staff sickness absence.

Staff, healthcare providers, patients and their families are all being urged to share their view with the government, with a final decision expected this winter.

Mr Javid said it was clear to see the impact vaccines had against respiratory viruses which could be fatal to the vulnerable.

"We will consider the responses to the consultation carefully but, whatever happens, I urge the small minority of NHS staff who have not yet been jabbed to consider getting vaccinated - for their own health as well as those around them," he said.

The government said there was a longstanding precedent for vaccination in NHS roles - some surgeons already have to have Hepatitis B jabs if they are likely to be exposed to the virus.

Northern Ireland, Scotland and Wales have not made Covid vaccines compulsory for care home staff.

Flu vaccination has been recommended to vulnerable groups in the UK since the 1960s.

National flu jab rates in the health service have increased over the last decade, from 14% in 2002 to 76% last year.

Experts are warning of a possible surge in flu cases this year as coronavirus lockdowns meant flu levels were very low last winter. 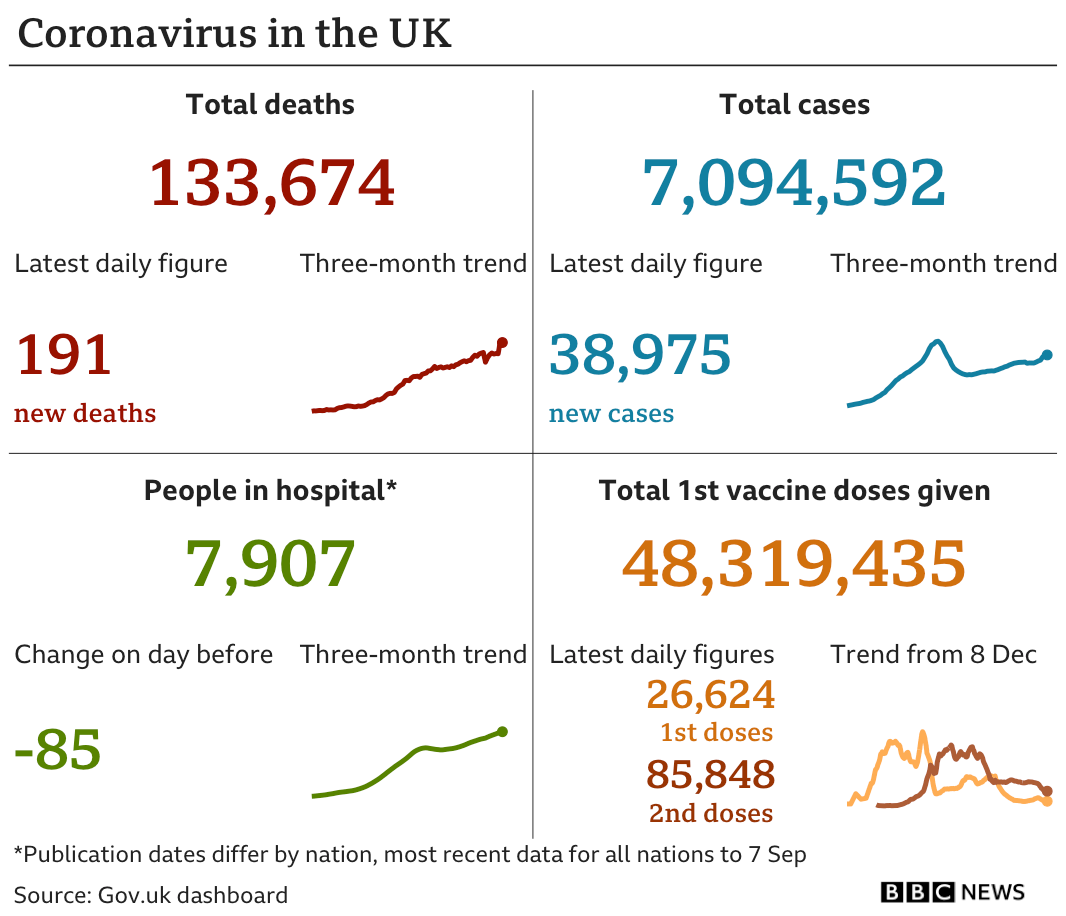