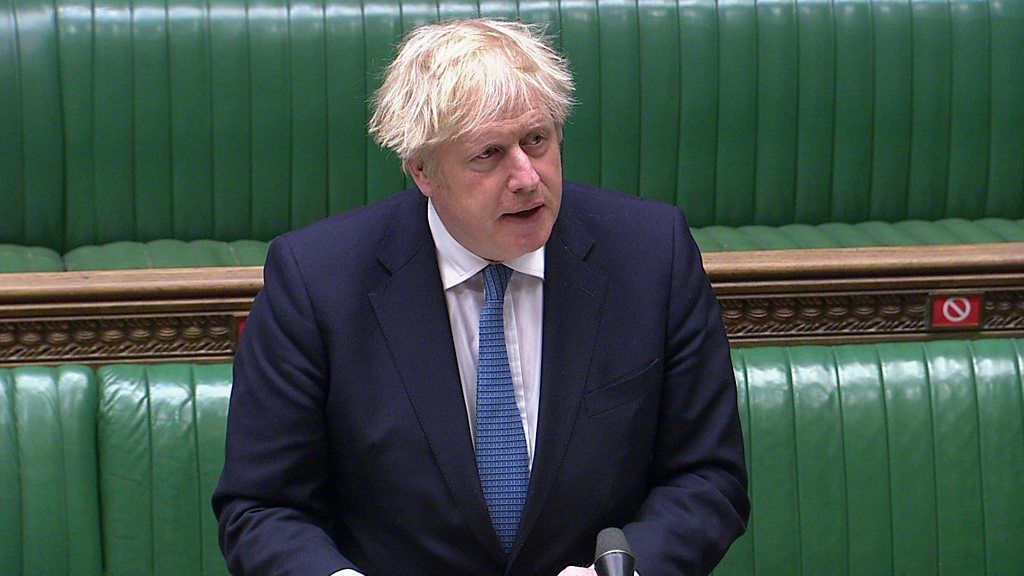 He told MPs an independent public inquiry into the handling of the pandemic would be held in spring 2022.

The inquiry would place "the state's actions under the microscope", he added, and take evidence under oath.

Labour leader Sir Keir Starmer questioned why the inquiry could not start earlier, such as later in 2021.

But addressing the Commons, the prime minister said the inquiry could not "inadvertently distract" those within the NHS and government advisers, who were continuing to deal with the pandemic.

The inquiry's terms of reference have not yet been defined but would be published in "due course", he said, adding that the devolved administrations would be consulted.

On Wednesday the UK reported another 11 deaths within 28 days of a positive test and a further 2,284 coronavirus cases.

Mr Johnson acknowledged many bereaved families would want the inquiry to begin sooner, but said because of the threat of new variants and a possible winter surge in infections, spring next year would be the "right moment".

He said the "new variants pose a potentially lethal danger, including the one first identified in India which is of increasing concern here".

"Should these [variants] prove highly transmissible and elude the protection of our vaccines, they would have the potential to cause even greater suffering than we endured in January."

Bolton has one of the highest instances of the Indian variant in the UK and is seeing a particularly sharp rise in cases among unvaccinated under-25s.

Health officials in Glasgow have expressed concern about a rising number of Covid cases in the city - the latest public case rate is 58.3 per 100,000, well above a key threshold for easing restrictions.

More than 127,600 people have died in the UK with coronavirus, making it one of the worst affected countries by number of deaths.

The inquiry is expected to examine the government's handling of the pandemic, including the timing of its decision to impose lockdowns.

Mr Johnson told MPs the inquiry would be established on a "statutory basis" - where witnesses can be legally compelled to attend and give evidence and provide relevant material under oath.

Labour leader Sir Keir Starmer called for clarification on whether the inquiry would be formally opened in spring next year or whether that will be when work begins to establish the inquiry.

In response, Mr Johnson said the preparatory work to establish the terms of reference and the inquiry chairman "will happen before the spring of next year".

Mr Johnson - who has set out plans to ease some of England's coronavirus restrictions on 17 May - said: "The end of the lockdown is not the end of the pandemic."

He added: "The World Health Organization (WHO) has said that the pandemic has now reached its global peak and will last throughout this year."

A WHO report released on Wednesday said the organisation should have declared a global emergency earlier than it did, and that individual governments failed to act quickly enough.

Most leading healthcare systems struggled to get to grips with Covid in the early stages. France, Italy and Spain had similar challenges to the UK.

The inquiry will look at the extent to which the experience here mirrored that of other countries and how decisions and policies affecting outcomes were different.

Key questions will include preparedness and why before last year health chiefs only "war-gamed" a serious flu epidemic.

Why were PPE supplies so inadequate and why then was procurement so flawed?

Why was testing and tracing dropped because of lack of capacity in the early stages of the pandemic?

There will be intense scrutiny of the decision to fully lock down only on 23 March last year when dire warnings about the NHS being potentially overwhelmed had come more than a week earlier.

Different approaches to opening up in the UK's nations will be considered.

The biggest question is likely to be why the UK had one of the highest Covid death rates relative to the population of any major economy.

The inquiry will need to consider whether this might be the result of misguided official decision making - or a consequence of underlying inequalities and poor health in disadvantaged communities, and perhaps under-investment in public health.

The Liberal Democrats, who were calling for a public inquiry in June 2020, said the planned timing of the inquiry meant the government were "getting away from… early accountability".

Meanwhile, Jo Goodman, co-founder of the Covid-19 Bereaved Families for Justice campaign group, said the inquiry must involve families from the start, allowing them to help to choose the chair as well as determining the terms of reference.

"It sounds like common sense when the prime minister says that an inquiry can wait until the pandemic is over, but lives are at stake with health experts and scientists warning of a third wave later this year.

"A rapid review in summer 2020 could have saved our loved ones who died in the second wave in winter."

Along with the Lib Dems, the campaign group called on the government to release an internal "lessons learned" investigation into its handling of the pandemic.

Downing Street confirmed an "informal" review of its response has been carried out but declined to say whether it would be published. 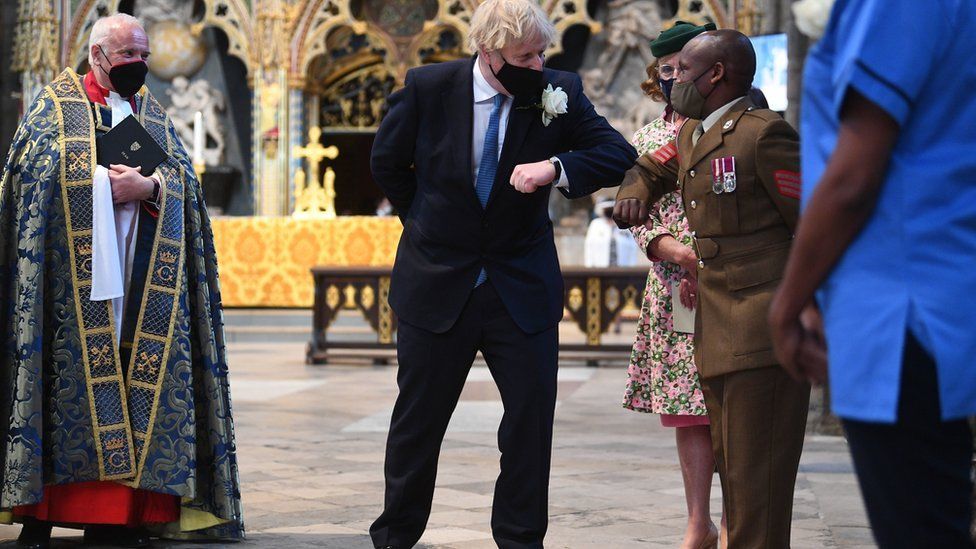 Fran Hall, who had only been married three weeks to her long-term partner when she lost him to Covid last year, called for a "rapid review".

She told the BBC: "That is something that can be done in a matter of weeks, that wouldn't tie up people's time to the degree that a full judge-led inquiry would.

"That would hopefully begin to get some quick answers to some of the very pressing questions."

Dame Deirdre Hine - the author of the independent review into the swine flu pandemic - told BBC Radio 4's World at One: "Looking at what will have to be the terms of reference and the ground it [the inquiry] has to cover; I can't see it reporting in less than two to three years."

Professor Sir Ian Kennedy, who chaired an inquiry into the deaths of babies undergoing heart surgery, warned against placing a time limit on the inquiry.

He told the BBC's Newscast podcast: "What's got to be worked out are the mechanics. Who's going to chair it? Is he or she going to sit with others? Is it going to be time limited? That would be a disaster. It must be done as expeditiously as possible, but never put a time limit on it because you never know what circumstances will arise."

In the Commons, Mr Johnson also confirmed a commission on Covid commemoration is to be established to help remember those who lost their lives during the pandemic.

He added he "wholeheartedly" supported the plan for a memorial in St Paul's Cathedral, describing it as "a fitting place of reflection in the heart of our capital".

In response to a question from Conservative MP Felicity Buchan on the government's work-at-home advice, Mr Johnson said it was "certainly" the intention to lift the guidance on 21 June, but the government would "say that with more clarity a bit later on".

Everyone who can work from home must do so under the current government advice.

On Thursday, England's Covid vaccination programme will open to those aged 38 and 39, with the NHS website to be updated at 07:00 BST.

Pregnant women will also be able to book through the national booking service from Thursday and will be directed to vaccination centres offering Pfizer and Moderna in their local area - in line with guidance from the UK's vaccine advisers.

More than 18.4m people - 35% of the adult population - have now received both doses of a vaccine, with 35.7m people having received one jab.