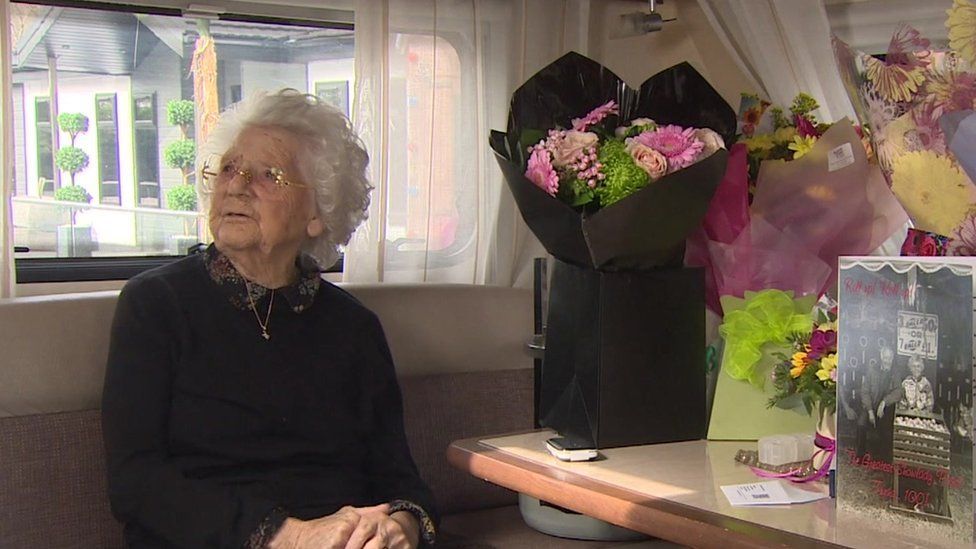 A 100-year-old woman who has spent most of her life working at a funfair, and still lives in its caravans, says coronavirus restrictions are "worse" than those of World War Two.

Pearl Rowland was born in a Rowlands Fair caravan while it was in Somerset.

She retired to a bungalow in Plymouth for a while in her 80s but the call of the caravan brought her back.

The centenarian said she was ready to travel with the fair again when allowed. 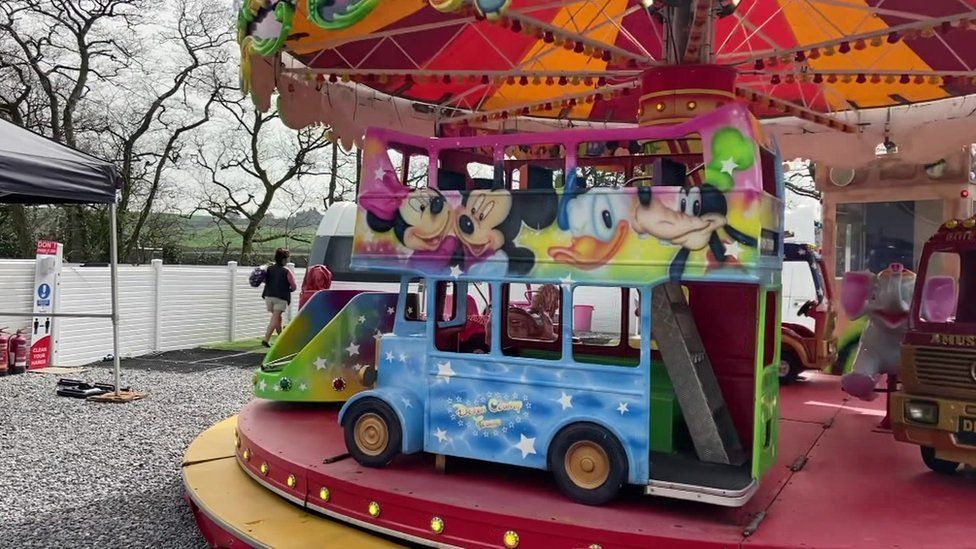 Staff at the fair said on Facebook she had received about 700 cards, 50 bouquets of flowers and "some lovely gifts" for her birthday on Friday.

The fair, which is based in Devon but travels throughout the South West of England, is currently off the road because of lockdown restrictions.

Pearl said the shutdown was "worse" than World War Two, as the fair operated during the war.

She said: "I think this shutdown is far, far worse than the war days. We never had to close as we are now."

Pearl said she returned to life in a caravan after being in a house because she "preferred the van" and missed little things, such as "hearing the rain on the top of the van".

Her family, who also work for the fair, said they were closely watching for news on when they could return to work, with Pearl adding she had "no intention" of going back to a house.