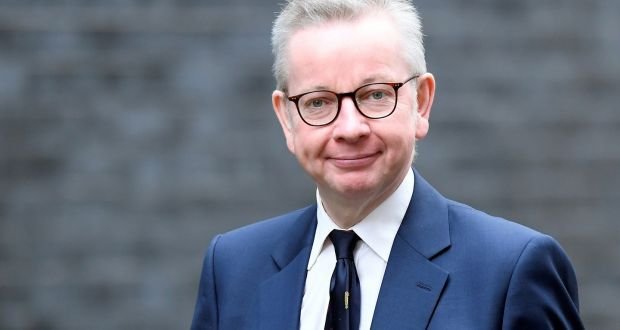 Covid: EU 'made a mistake' over vaccines, Gove says

The European Union recognised it "made a mistake" in triggering an emergency provision in the Brexit deal to control Covid vaccine exports, the Cabinet Office minister has said.

Michael Gove said he was "confident" of the UK's vaccine supply and said its programme would continue as planned.

He said the UK was "on track" to deliver 15 million jabs by 15 February.

It comes after the EU reversed a decision which could have seen checks at the Irish border amid a vaccine row.

Mr Gove said he had spoken with European Commission vice-president Maroš Šefčovič and both had agreed "we need a reset" and to put the people of Northern Ireland first.

He said Prime Minister Boris Johnson had spoken to European Commission President Ursula von der Leyen and it was made clear that "supply would not be interrupted so we can proceed with our plans".

On Friday, the EU said it would trigger Article 16 of the Northern Ireland Protocol - which allows the EU and UK to choose to suspend any aspects they consider are causing "economic, societal or environmental difficulties" - before later reversing the decision following condemnation from London, Dublin and Belfast.

The Irish Republic's foreign minister, Simon Coveney, said in a tweet the protocol was a "hard-won compromise" and was "not something to be tampered with lightly".

The move came amid a deepening dispute over delays to the production and distribution of Covid vaccines across the EU.

One EU diplomat told BBC Europe editor Katya Adler they were not consulted on the move and would have said it was a "terrible idea", while another described the EU's vaccination programme as a "car crash in slow motion".

After speaking with Mr Gove, Mr Šefčovič tweeted their shared priority was ensuring the protocol worked for the people of Northern Ireland, "protecting gains of the peace process and avoiding disruption to everyday lives".

Mr Coveney said he had also spoken with the pair, as well as UK Northern Ireland Secretary Brandon Lewis. He said the protocol was there to "protect relationships, facilitate trade, avoid borders".

A major row has been avoided - and UK ministers are adopting a conciliatory tone.

But this situation did something rare in our recent political history - it united politicians from across the Brexit divide in condemnation of the EU.

Although Michael Gove is pleased Brussels has stepped back from its plan to introduce controls on the island of Ireland, this could still do political damage.

It's unlikely to help with trust between London and Brussels when it comes to implementing the Brexit trade deal.

And some think the bar has been lowered for invoking emergency powers in the future. We've already seen some unionist politicians in Northern Ireland saying it should be used by the UK to make sure goods can travel seamlessly between Great Britain and Northern Ireland.

The UK government said a further 1,200 people had died within 28 days of testing positive for coronavirus as of Saturday, taking the total deaths by that measure to 105,571.

There have been a further 23,275 lab-confirmed cases of the virus in the UK, while 8,378,940 have received their first dose of a vaccine. 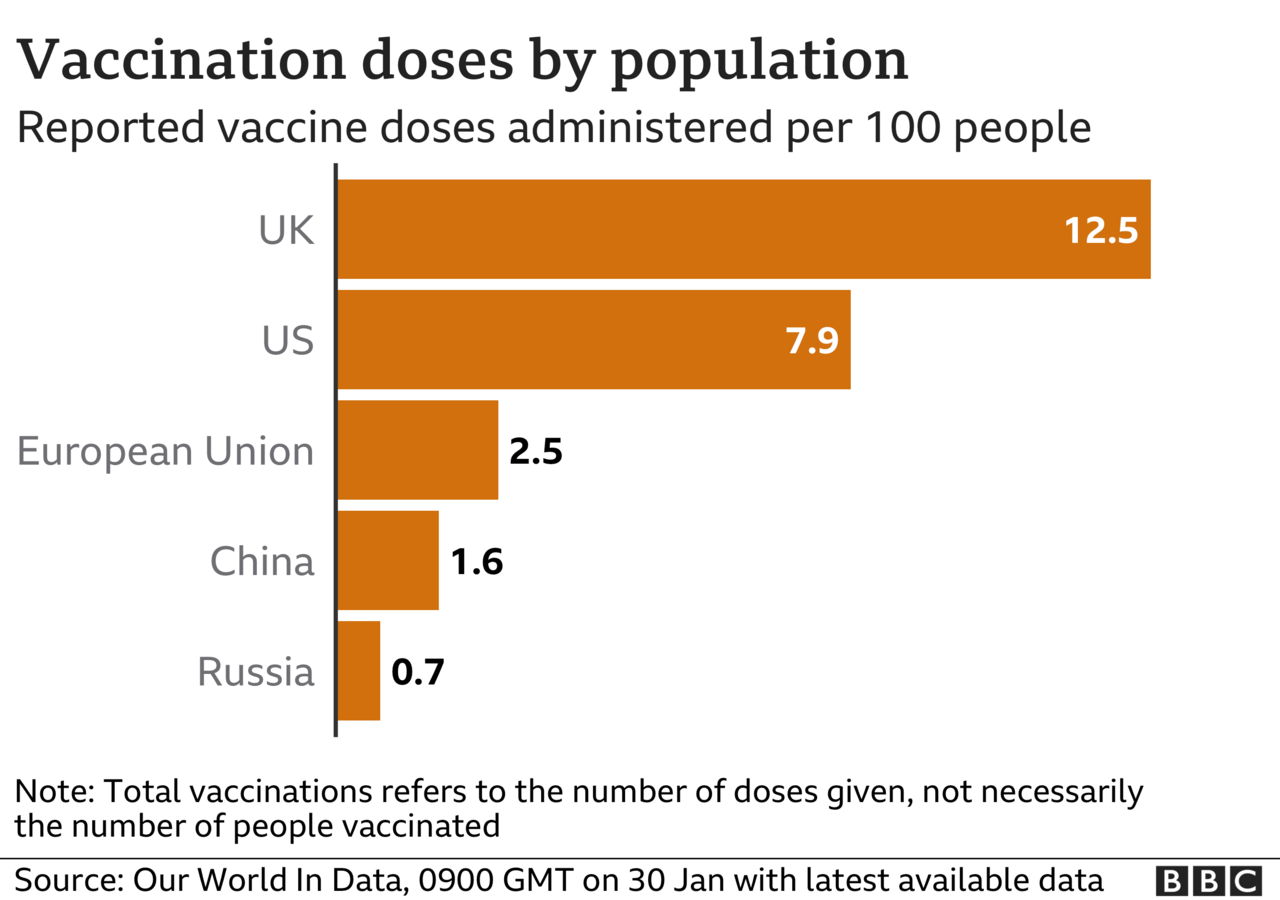 Mr Gove said the government expected vaccines manufactured by Pfizer and AstraZeneca to be supplied to the UK but said it would work with the EU to "make sure that their own problems can be tackled".

"Our first priority is vaccinating people in the United Kingdom, but we also want to work with our friends and neighbours in the European Union in order to help them as well," he said.

A government spokeswoman said the UK had secured "more than enough to vaccinate the whole country", with 30 million doses of Janssen's jab expected to begin arriving in the second half of the year, if approved for use by the regulator.

There's no doubt the UK is in a much better position than many countries when it comes to vaccines.

Although the supply of Pfizer might be disrupted by recent plans to upgrade the company's plant in Belgium (or the row with the EU), the AstraZeneca vaccine is made in the UK and the supply chains are working well.

The government has ordered 100 million doses of AstraZeneca, which is why it's so confident it can vaccinate the most vulnerable groups by mid-February.

By April, the UK is expected to get access to its first doses of the Moderna vaccine. Then there was good news on Friday when two other vaccines - Novavax and Janssen - were both declared effective by their manufacturers.

Like AstraZeneca, Novavax will be made inside the UK and that will mean it won't be subject to any disputes with other countries.

With 60 million doses of Novavax on order, it will make up the second biggest tranche of the UK's vaccine supply.

It's expected to come on stream in the summer and will help boost plans to vaccinate the bulk of the UK's adult population by the start of the autumn.

Despite later backtracking on Article 16, the EU is still introducing new controls giving its member states the power - should they want to - to block exports of the coronavirus vaccine to countries including the UK, if the company making them has not honoured existing contracts with the EU.

The European Commission said the temporary mechanism is to combat "the current lack of transparency" over vaccine exports outside the EU, and is not an export ban.

But the World Health Organization is among those criticising the move, saying "vaccine nationalism" could prolong the pandemic and further widen global inequality.

Last summer the EU agreed to buy up to 400m doses of the Oxford-AstraZeneca vaccine, and on Friday the EU's drugs regulator approved the vaccine's use for all adults.

But the firm said that due to problems at one of its EU factories, supplies would be reduced by about 60% in the first quarter of 2021.