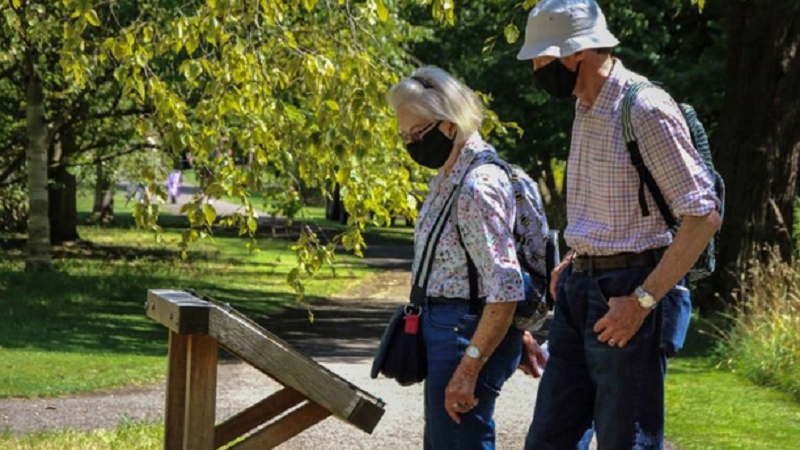 Covid booster vaccine rollout to begin across UK next week

Covid booster jabs will begin to be offered across the UK from next week.

It follows a recommendation from the government's vaccine advisers, the JCVI, who said about 30m people should be offered a third dose.

They said the booster should be given at least six months after a person had their second dose - with the Pfizer-BioNTech jab recommended.

Those eligible include over-50s, younger adults with health conditions and frontline health and care workers.

Health Secretary Sajid Javid made the announcement in the Commons as part of an autumn and winter plan for managing Covid in England.

She said the programme "was intended to prolong the protection" of vaccines and will run alongside the flu vaccination programme.

The go-ahead was also confirmed in Wales and Northern Ireland.

The recommendation from the JCVI (Joint Committee on Vaccination and Immunisation) comes amid concern about waning immunity.

There are some signs protection offered by the vaccine may start dropping off several months after the second dose - with the most vulnerable groups most at risk of this.

In his statement, Mr Javid told MPs: "There is evidence that the protection offered by Covid-19 vaccines reduces over time, particularly older people who are at greater risk, so booster doses are an important way of keeping the virus under control for the long term."

The JCVI said it was still unclear exactly how much protection does slip, but it wanted to take a precautionary approach and ensure the most vulnerable people maintain high levels of protection.

The advice is separate to the recent recommendation of third doses for people with severely weakened immune systems - something that is already being rolled out.

Those eligible for a booster jab include:

A plan amid huge uncertainty

There is a huge amount of uncertainty about what winter will bring. In fact, it's not even clear what the next month will bring.

It was feared September could see Covid cases rise, but there are no signs of that happening yet.

Big surges in infection levels are probably behind us, given the amount of immunity built up in the population.

But if current levels are sustained throughout winter, the NHS will struggle. And even a small dip in vaccine effectiveness could make a big difference to admissions - hence the booster announcement.

Then there is the concern about the return of other respiratory viruses. They were kept at bay last year by lockdowns and social distancing, but that has meant immunity to them has waned.

A virus called RSV - the leading cause of respiratory illness in young children - is already circulating at very high levels. Flu could also take off.

It is why the NHS is having to prepare for the worst, while hoping for the best.

Trials have been carried out in the UK looking at the use of booster jabs.

The JCVI said these showed Pfizer was well-tolerated and provoked a good immune response, including against new variants of the virus, such as Delta, regardless of which Covid vaccine had been given for the first two doses.

It said where Pfizer was not available a half-dose of Moderna could also be used.

For people who cannot have the Pfizer or Moderna because of issues like allergies, the AstraZeneca vaccine can be used as a booster.

A gap of six months between the second dose and the booster shot was considered the most effective for boosting protection.

The trials also showed the flu vaccine can also be given at the same time as the booster jab where that is practical - some people will be offered a flu jab before they become eligible for a Covid booster.

JCVI chairman Prof Wei Shen Lim said: "The UK's Covid vaccination programme has been hugely successful in protecting people against hospitalisation and death, and the main aim of the booster programme is to prolong that protection and reduce serious disease as we head towards the colder months."

He said even a small tip in vaccine effectiveness could have a big impact on hospital admission numbers given the size of the population.

He said those under 50 were likely to have a more long-lasting immune response to the first two doses of vaccine so may not need a booster - although he did not rule it out happening completely. 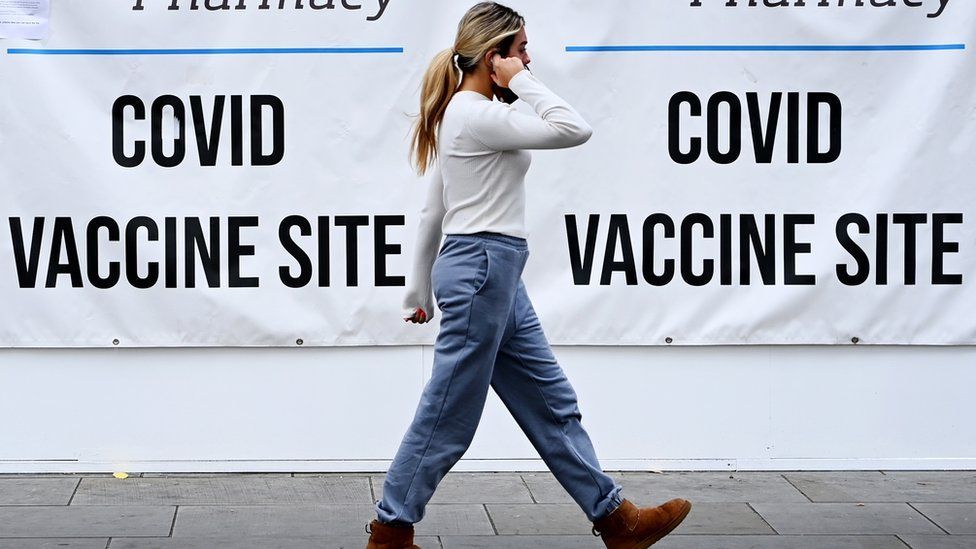 England's deputy chief medical officer Prof Jonathan Van Tam said the UK was likely to be in for a "bumpy winter" with Covid, coupled with other respiratory viruses, such as flu, returning - previously lockdowns and social distancing meant these were kept at very low levels.

He said the booster programme was about "staying on top of Covid" and could make a "very substantial impact" on hospitalisations and deaths.

About 85% of deaths in recent weeks have been among the over 60s.

But Prof Van Tam added it was also important that those who had not yet come forward for jab did so - more than five million adults have not yet had their first dose yet.

The announcement comes after the government confirmed on Monday that all children aged 12 to 15 in England would be offered one dose of the Pfizer jab, with invitations going out from next week.

It follows advice from the UK's chief medical officers, who say the jab will help reduce disruption to education.

A rollout is yet to be confirmed in Scotland, Wales and Northern Ireland.

In a statement before the announcement on the booster programme, Prime Minister Boris Johnson said while the pandemic "is far from over", the "phenomenal vaccine programme, new treatments and testing" mean the UK is "able to live with the virus without significant restrictions on our freedoms".

The PM, who is holding a coronavirus press conference later, said he would lay out a strategy for the months ahead "when the virus has a natural advantage, to protect the gains we have made".