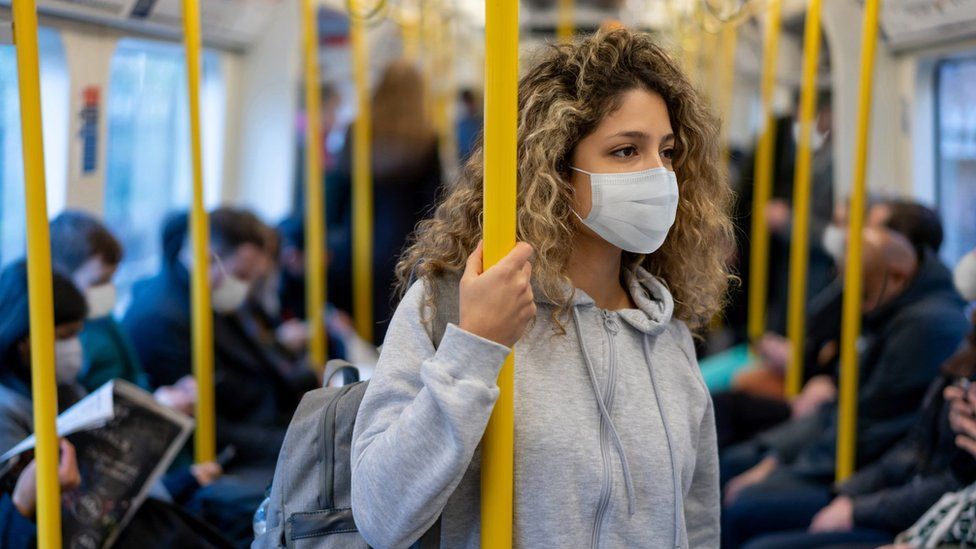 Covid: Are cases about to plummet without Plan B?

Rising Covid cases have been putting both the NHS and ministers under huge pressure.

But could this be about to change - and change quite dramatically?

It is dangerous to read too much into a few days of data - especially given the way infection levels in the south-west of England have been skewed by the lab test failings. But the recent rise that has caused so much concern does appear to have slowed and maybe is starting to drop in England. 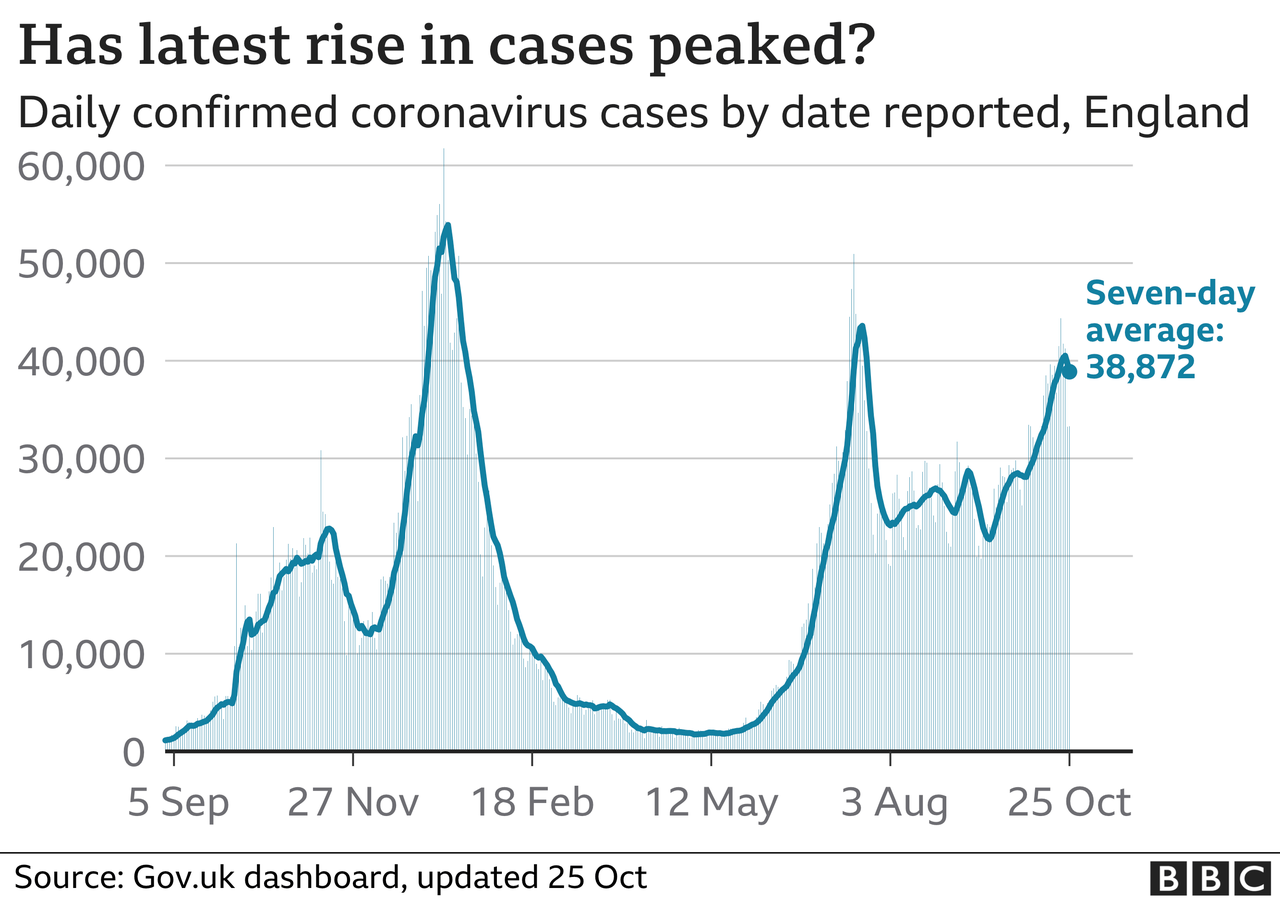 And despite all the talk about the need for the government to introduce Plan B - working from home, mandatory mask wearing and vaccine passports - there is actually a school of thought that we may be on the brink of seeing infection levels plummet.

Modelling done for the government suggests cases and deaths could soon start to fall dramatically.

That though is dependent on a number of factors, including the vast majority of over-50s coming forward for their boosters, and a degree of cautious behaviour throughout winter when it comes to mixing and socialising. 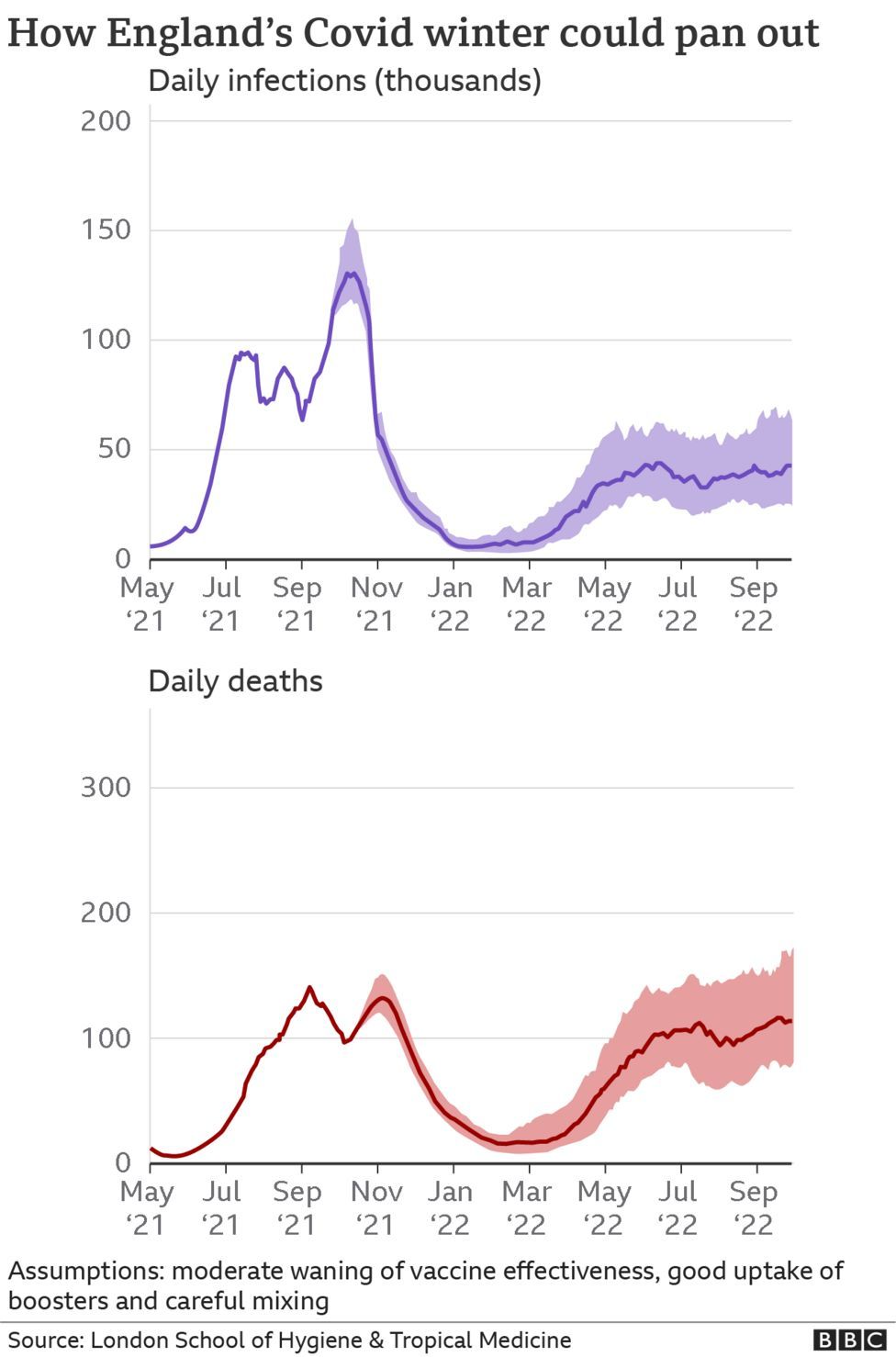 This model, based on estimated total infections rather than those that come forward for testing and get reported in daily data, comes from the London School of Hygiene and Tropical Medicine (LSHTM), which is just one of the groups that feeds into the government.

It is certainly the most optimistic at the moment, although what is noticeable is that the others produced by Imperial College London and University of Warwick also point to some degree of decrease being the most realistic scenario.

Why infection rates could drop

To understand why this may happen, you have to look at what has been driving the infection rates in recent weeks.

During the summer, rising infections were being recorded largely in older teenagers, and then, since school returned, the high rates have been sustained by younger teenagers.

In the most recent week, nearly half of cases have been in the under-20s. 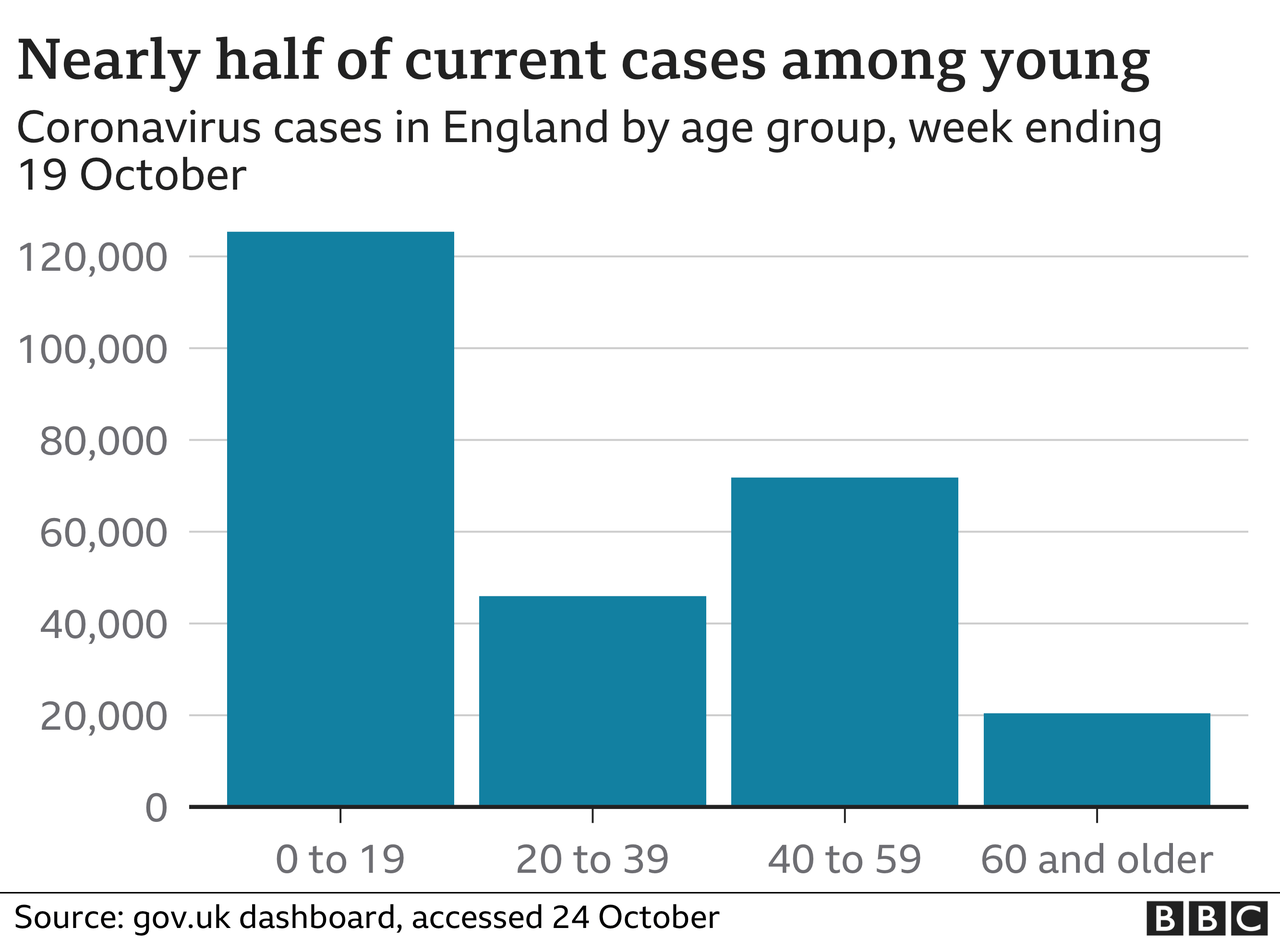 This has happened with relatively little spillover into older age groups. Once the virus had passed through these groups, who after all were the people least protected by the vaccine, there was always going to be a drop-off in infection levels because of the high levels of natural immunity acquired.

That in turn reduces that relatively small risk of infections being passed on to older age groups, while the rollout of boosters tops up their protection levels.

All the new modelling is quick to stress that there is still a huge amount of uncertainty over exactly when a sustained drop will happen and how far case numbers will fall.

That is because infection levels are driven by two basic things - the type and amount of mixing people do, and the strength of immunity in the population.

On both counts, there is much that is unknown. Experts still do not fully understand to what extent immunity from two doses of vaccination wanes or how many people will come forward for boosters.

And, of course, predicting human behaviour and what happens to mixing patterns is very difficult.

Prof John Edmunds, who leads the modelling group at LSHTM, says these are all reasons why it is hard to be precise about what will happen and when. However, he certainly expects a "hiatus" to kick in at some point over the winter, pointing out that all the models are suggesting this to some extent.

He is, though, still worried about Christmas, which is a period when there is a lot of inter-generational mixing, and a possible rebound in Covid in the spring.

There's still an argument for Plan B

The modelling does though raise a question over whether Plan B is needed at this stage.

Prof Mark Woolhouse, an expert in infectious diseases at University of Edinburgh, agrees a drop over winter is certainly possible.

But he still believes extra measures are worth taking as a "precautionary step", reducing the risk of more drastic action being needed further down the line at a time when other respiratory viruses, such as flu, will just add to the pressure on the NHS.

He says the situation with Covid is so finely balanced that a small swing towards greater mixing or more waning than expected could make a big difference.

It may also take a little time for the falls to start having an impact.

"The number of hospitalisations are at such a level currently that we really cannot tolerate much more of an increase," he adds. 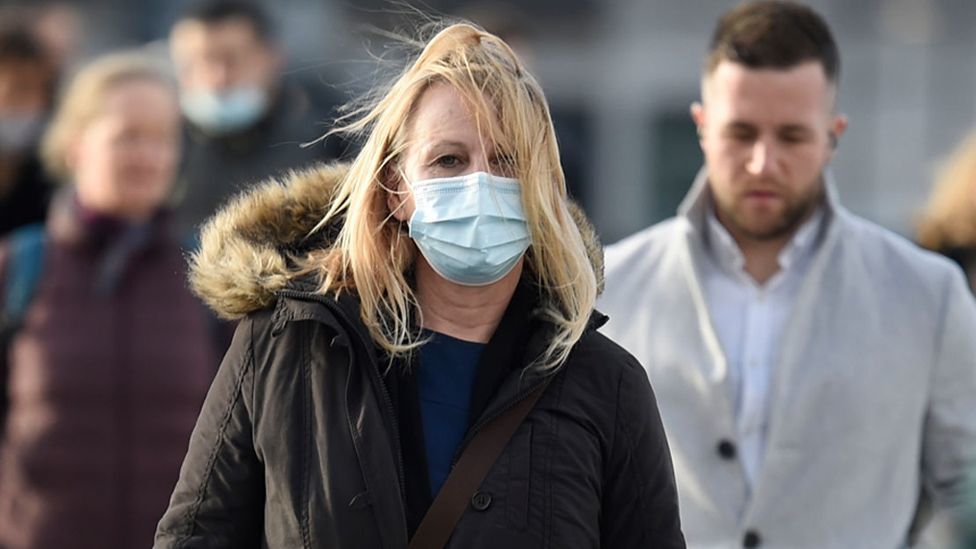 But he says the attention given to Plan B has masked some of the arguably more important issues.

"There are five million adults in the UK who have not even had one dose and we know unvaccinated people are far more likely to be hospitalised by Covid - I don't know why there is not more attention given to this."

On top of this there is the fact that only half of cases appear to be coming forward to get tested - surveillance data from the Office for National Statistics suggests the true level of infection is twice what is being reported daily. "We need to do better at finding cases and supporting people to self-isolate," he adds.

Making progress on those, according to Prof Woolhouse, is even more important than Plan B.