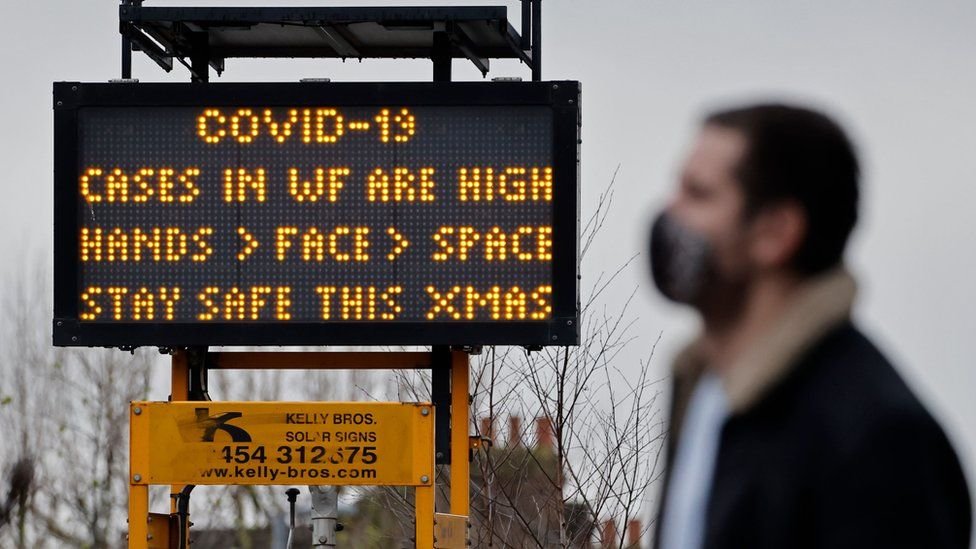 More than 70,000 people in the UK have now died within 28 days of a positive Covid-19 test, official figures show.

A further 570 deaths in England were reported on Christmas Day, taking the total by that measure to 70,195.

The latest data on deaths does not include updates from Northern Ireland, Scotland or Wales.

According to Johns Hopkins University, only the US, Brazil, India, Mexico and Italy have recorded more deaths from coronavirus.

The number of people who tested positive for Covid-19 in England and Scotland increased by 32,725 on Friday.

It came as the number of tests conducted over the last seven days rose by more than 25% compared to the previous week.

The government explained that the amount of data available will vary over the Christmas holiday period, with any unreported deaths and cases recorded on the following days.

"As a result, any changes to published data should be interpreted with caution during this period, as they may be a result of changes to reporting schedules," it said.

According to Office for National Statistics data there have been than 81,361 excess deaths, those over and above what would usually be expected for the time of year, up to 11 December.

Levels of infection are continuing to rise in England, the ONS has said, with figures for the week to 18 December estimating nearly 650,000 people have the virus, up from 570,000 the week before.

The rising number of deaths came as the UK marked a different Christmas with people under the toughest restrictions in England prevented from meeting other households indoors, while elsewhere planned relaxations of restrictions were cut to just one day on 25 December.

In England, six million more people are due to enter the highest level of restrictions on Boxing Day while other areas will move up into higher tiers after Downing Street warned the old system was not enough to control a new variant of the virus.

And from Monday, all airline passengers arriving in the US from the UK will be required to test negative for Covid-19 within 72 hours of departure, amid concerns over the new variant.

So far, the UK has approved the use of the Pfizer/BioNTech coronavirus vaccine, with more than 500,000 people having been given the first dose, and Health Secretary Matt Hancock said on Wednesday the Oxford/AstraZeneca vaccine had now submitted full data to the medicines regulator for approval. 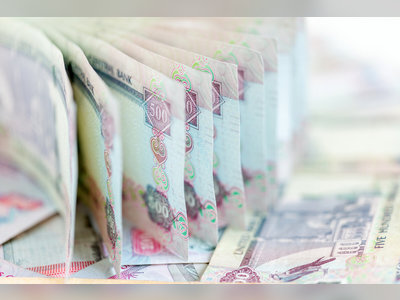 The Ministry of Economy (MoE) has issued a list of 26 violations, in line with the cabinet resolution No. (16) of 2021 regarding the unified list of violations and administrativ...