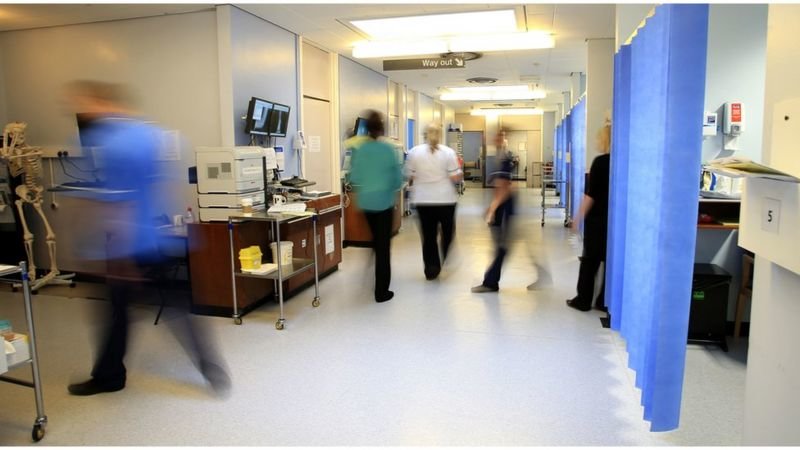 The NHS in England has been placed on its highest alert level, bosses have announced.

The move by NHS England means staff can be moved around the country, while patients may be sent to other regions for treatment if Covid threatens to overwhelm local services.

Health bosses said they were seriously concerned, adding the NHS was facing a "very difficult winter".

But they said they hoped lockdown would help avoid major disruption.

Evidence presented at a press briefing in London suggested hospitals could take a maximum of 20,000 Covid patients before other services, such as routine surgery, would be disrupted.

Hospitals are currently treating just over 10,000 patients - and are expected to get close to the 20,000-mark in the coming weeks, given the infection levels seen recently.

It takes around 10 days from infection for a person to be sick enough to require hospital treatment, meaning the admissions for mid-November are already "baked in", according to NHS medical director Prof Steve Powis.

NHS England chief executive Sir Simon Stevens told the BBC that the pressure on the NHS caused by the virus is already "three times worse than the extra burdens placed on hospitals over winter".

He said flu and other winter conditions usually brought in 3,000 extra people to hospitals but there were already more than 10,000 coronavirus patients in England even before winter pressures had arrived.

Sir Simon added that "concern levels are going up" because the number of coronavirus inpatients is going up.

Some hospitals are already cancelling non-urgent work because the pressures were not being evenly felt across the country, he said.

He said lockdown should mean there would not be the need for the mass cancellation of non-urgent work.

But he added: "However well-prepared hospitals, the NHS, GP surgeries are, it is going to be a difficult period."

Sir Simon also used the press briefing to announce the NHS was moving to alert level four. This happened during the first wave and was only lifted in July.

The move means senior bosses at NHS England will get personally involved in the day-to-day managing of pressures. 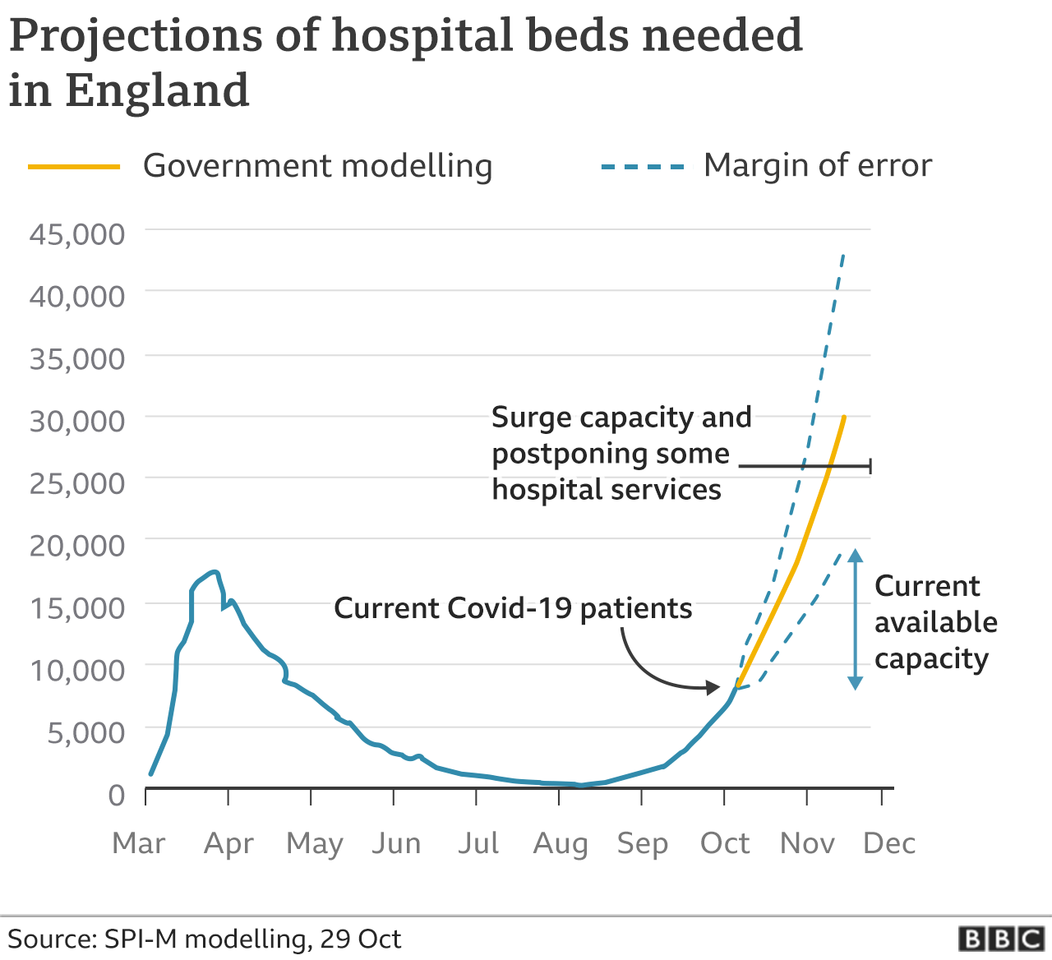 Patients could find themselves sent to different areas for treatment, including cancer care and hip and knee replacements.

Moving very sick Covid patients is a last resort, however, because of the complexity of such transfers.

This week, the prime minister warned that without action the NHS would be placed in an impossible position with "the sick would be turned away because there was no room in our hospitals," and with doctors and nurses potentially "forced to choose which patients to treat, who would live and who would die".

Dr Alison Pittard, dean of the Faculty of Intensive Care Medicine, said she was confident the NHS was "not going to collapse".

But she said it was close to the point where non-Covid treatments were on the brink of being disrupted on a significant scale.

She also urged people to get behind the NHS and lockdown.

"One of the things that helped all healthcare workers through the first wave was the support from the British public and that really got lots of people through that."

Analysis: How close will it get for NHS? 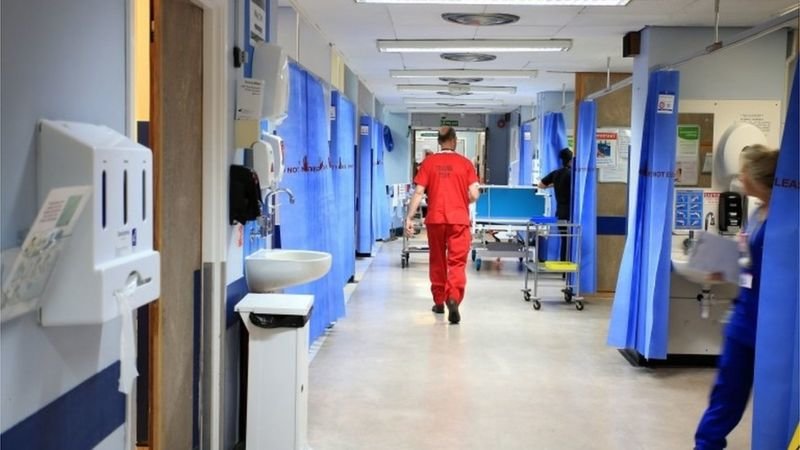 The ability of the NHS to cope - and by that bosses mean avoiding the need for the mass cancellation of non-Covid work - has clearly been crucial in the decision to move to a second lockdown.

The figures presented by NHS bosses on Wednesday suggest hospitals are just weeks away from the free capacity in hospitals in England being used up.

But the big question is what happens from there. The NHS could free up another 5,000 beds or so by cancelling some of the least urgent routine treatments.

However, there are suggestions infections may have actually peaked and extra capacity may not be needed.

Prof Tim Spector, who leads the Covid Symptom Study, believes cases may be on the brink of coming down.

There are also some early signs in the government data that cases may be plateauing.

If that is the case, it could mean the NHS may not have needed lockdown to avoid major disruption.

The flattening may, of course, be a false dawn. But if it isn't, it will raise interesting questions about the lockdown.

Earlier, Sir Simon said the NHS would be "geared up" to deliver a potential vaccine before Christmas, if one becomes available.

He told BBC Radio 4's Today programme: "There are over 200 vaccines in development and we believe that we should hopefully get one or more of those available from the first part of next year.

"In anticipation of that, we're also gearing the NHS up to be ready to make a start on administering Covid vaccines before Christmas, if they become available."

Sir Simon later told the press briefing the NHS's "central expectation" was that a vaccine would be possible by the start of next year.

He also suggested that all patient-facing NHS staff would soon be given routine testing, regardless of symptoms.

In other developments, clinically extremely vulnerable people in England are being strongly advised not to go to work outside their homes during lockdown from Thursday.

And the guidance has expanded the extremely vulnerable group to include adults with Down's Syndrome.

The advice also says that most children originally on the shielded patient list no longer need to be because of the very low risk of them becoming sick from coronavirus, and can therefore attend school.

On Wednesday, the UK recorded a further 492 coronavirus deaths - the highest daily figure since 19 May - and 25,177 confirmed cases.