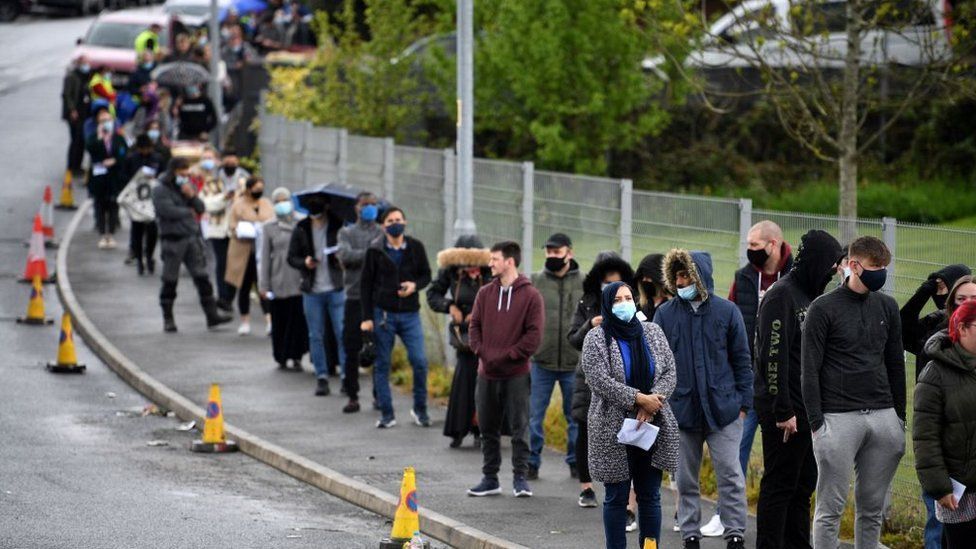 Britain's love of queuing helped the UK coronavirus vaccine rollout, the health secretary has said, as jabs were given "according to need, not ability to pay".

Matt Hancock said there had been no "special treatment, no queue-jumping" for politicians, footballers, or royalty, which helped show the system was "fair".

He also confirmed that three in four UK adults have now had their first jab.

But concerns remain over rising cases.

Reflecting on the UK's vaccine rollout at a conference in Oxford, the health secretary said it had been important for the public to know others couldn't "buy their way up the queue".

"Prince William, our future king, waited in that same line for his jab a couple of weeks after me - no special treatment, no queue-jumping," he said.

Mr Hancock also said the government was in talks with AstraZeneca to secure a future version of its jab adapted to better tackle the Beta variant first identified in South Africa.

Any altered vaccine would need to be approved by the medicines regulator, AstraZeneca said.

The health secretary admitted "a few eyebrows were raised" after he revealed the Hollywood film Contagion helped him shape the UK vaccine programme.

"When I watched that film, a penny did drop for me... that the power of the vaccine would be so great that we would have to think very hard about who to protect and in what order," he said.

Speaking to counterparts running vaccine programmes around the world, he added that while he was aware "this isn't a vaccine world cup", confidence in Covid vaccines has been "sky high" in the UK.

He added: "We continue to top the list of places where people are willing to take, or have taken, a Covid vaccine."

Unfortunately, even with three-quarters of adults having received at least one dose, there's still a way to go.

The first dose of the vaccine gives reduced protection against what will soon be the main type of coronavirus in the UK.

That's the variant first identified in India - now known as either B.1.617.2 or Delta.

There may be a small proportion of elderly and vulnerable people who are not vaccinated or who don't get full protection.

But this is a large country and that's still a large number of elderly or vulnerable people.

If this new strain of the virus truly is as infectious as some estimates suggest, it will find those people and we could see large numbers going into hospital.

Every person fully vaccinated makes it harder for the virus to spread and find them.

But we don't know exactly how infectious it is. That's the key job of the next few weeks - finding out whether the virus we'll be facing in the summer could cause a big third wave or, hopefully, just a ripple.

Meanwhile, speculation continues over whether the government will ease all remaining restrictions in England on 21 June.

Mr Hancock said the decision - which is due to be made a week prior to that date - will depend on how successfully Covid vaccines sever the link between cases and deaths.

Asked whether mask wearing and work-from-home guidance may continue past June, he said there was nothing in the data to suggest the UK was "definitively off track".

Vaccines Minister Nadhim Zahawi said the next 12 days "are going to be really important to see what the virus is doing".

On the possibility of giving vaccines to children over the age of 12, he said it would need to be "unbelievably safe" and the government would be waiting for guidance from the Joint Committee on Vaccination and Immunisation and the regulator. 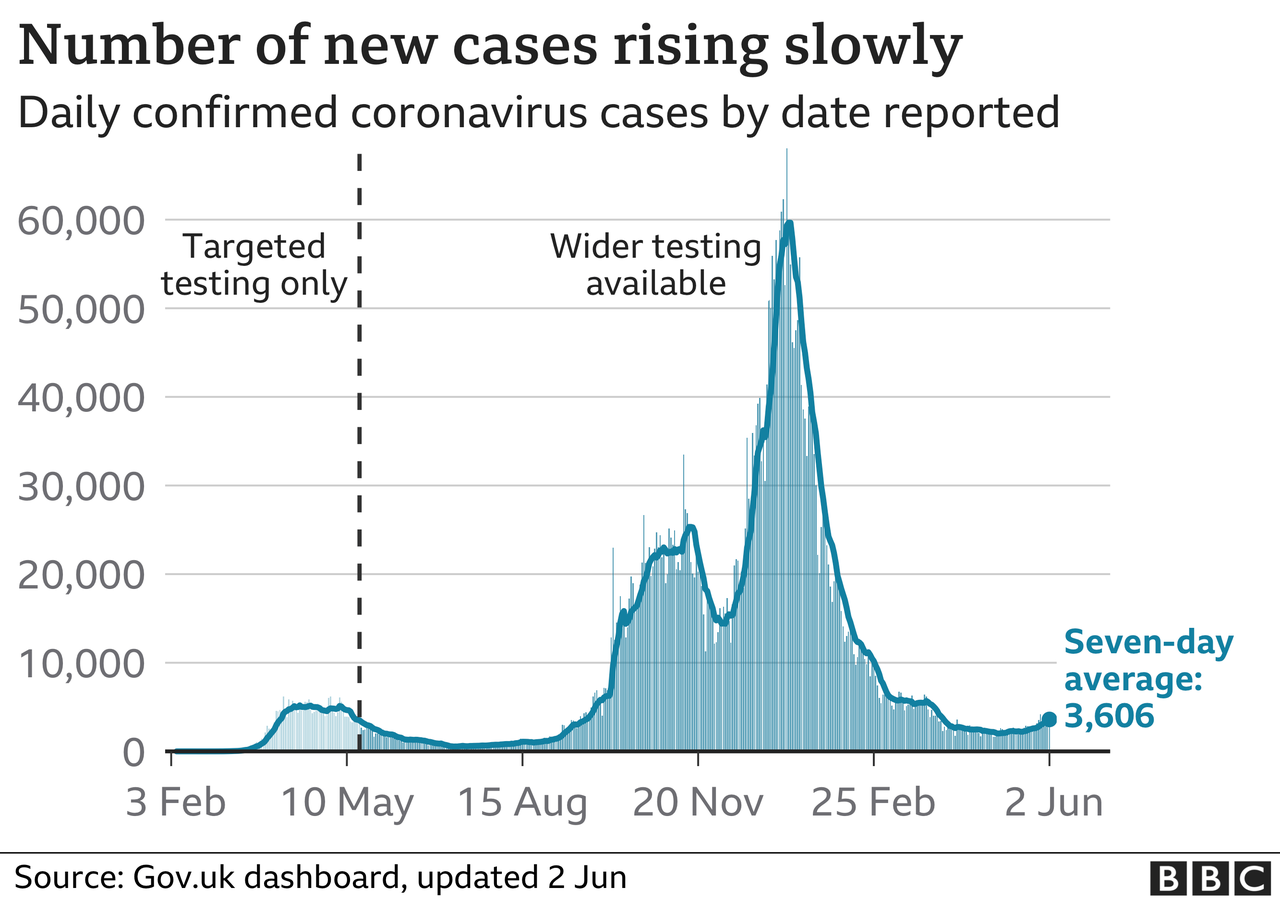 Scientists advising the government have offered various different perspectives over the last few days about the prospect of easing restrictions.

On Wednesday Sir John Bell, who sits on the government's vaccine taskforce, said the UK's "numbers don't look too intimidating" and he was "encouraged" by what he saw.

But on Tuesday, Prof Ravi Gupta, from the advisory committee Nervtag, said there were signs the UK was in the early stages of a third wave, and called for the ending of restrictions to be delayed.

The number of new cases reported daily continues to rise, with 4,330 infections reported on Wednesday. Another 12 deaths within 28 days of a positive test have also been recorded - but the first day after a bank holiday weekend is typically higher than surrounding days because of delays in reporting deaths.

The proportion of deaths involving coronavirus in England and Wales - as measured weekly by mentions on death certificates - is at its lowest level for more than eight months, according to figures from the Office for National Statistics.