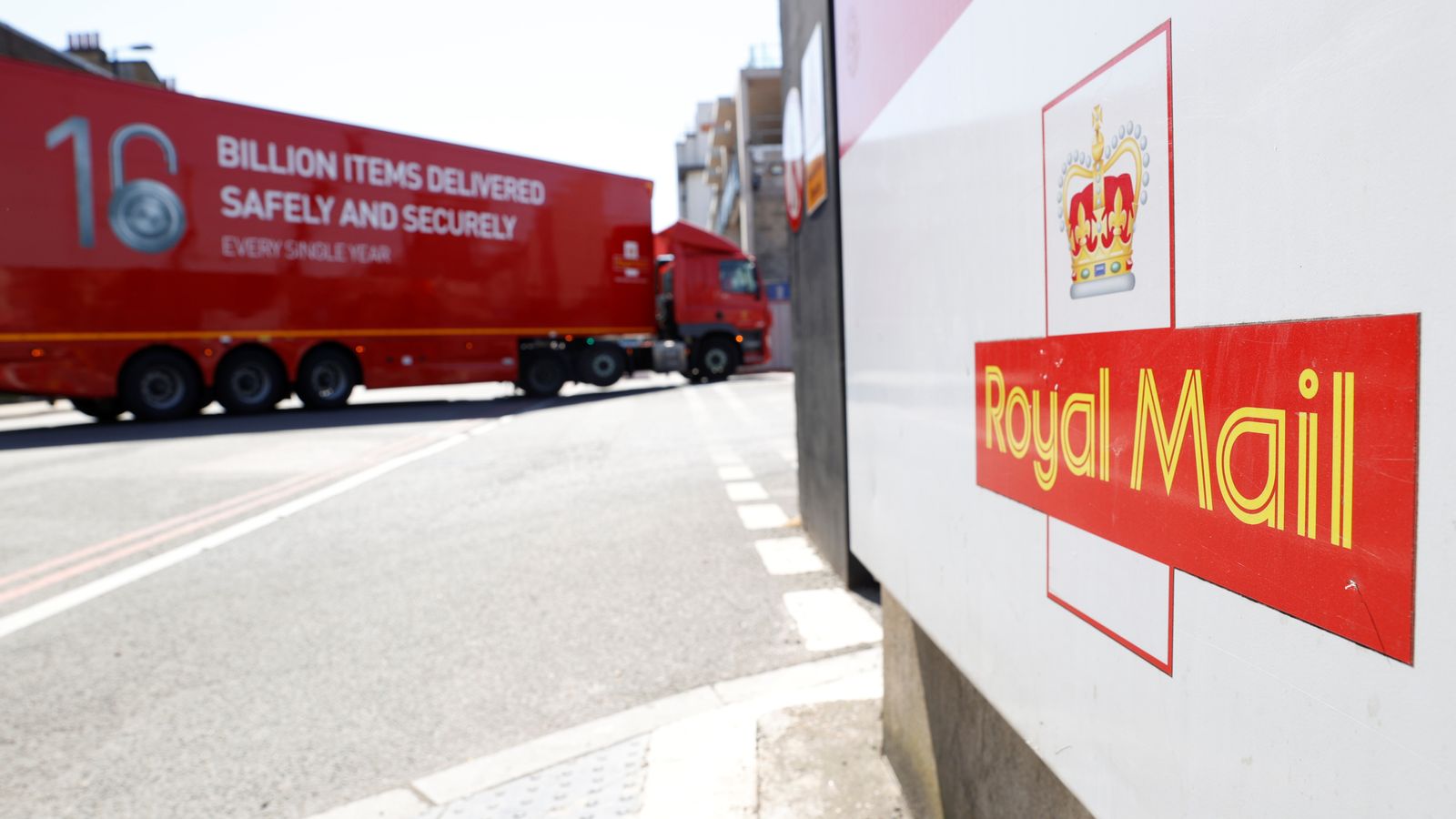 Cost of living: Royal Mail signals price hikes ahead as it cuts costs to cope with soaring inflation

Royal Mail is the latest listed company to admit it is not immune from rising costs but it faces stiff union opposition to its modernisation plans and is yet to agree a pay deal with workers.

Royal Mail has signalled it will raise prices as it takes more aggressive action on costs in the face of soaring inflation.

The company warned that it sees "significant headwinds" from rising costs including wages, energy and fuel and it would look to mitigate these "through price increases and growth initiatives".

Royal Mail revealed that it aimed to make cost savings of £350m over the course of its current financial year - up from a previously planned £290m - in an attempt to bolster its position.

It later confirmed the plan would not involve further job cuts beyond the 700 managerial roles it axed earlier this year.

Shares fell by 12% amid an inflation-focused sell-off globally as investors eyed a series of challenges for the business, including a union battle over pay and modernisation which Royal Mail described as a "key uncertainty".

Inflation is on the march across the UK economy.

The consumer price index hit its highest level in 40 years in April, it was announced on Wednesday, as the cost of living crisis deteriorated.

But it sees numerous threats from rising costs ahead, including the failure to agree a pay deal with the Communication Workers Union (CWU) which is opposing measures the company wants to implement as part of its transformation programme towards a parcel-focused business.

Royal Mail says the package it has offered is worth up to 5.5% this year.

But the union is demanding a "no strings attached pay rise" for Royal Mail staff on the grounds the company could afford it after posting adjusted operating profits of £758m for the year to 27 March. 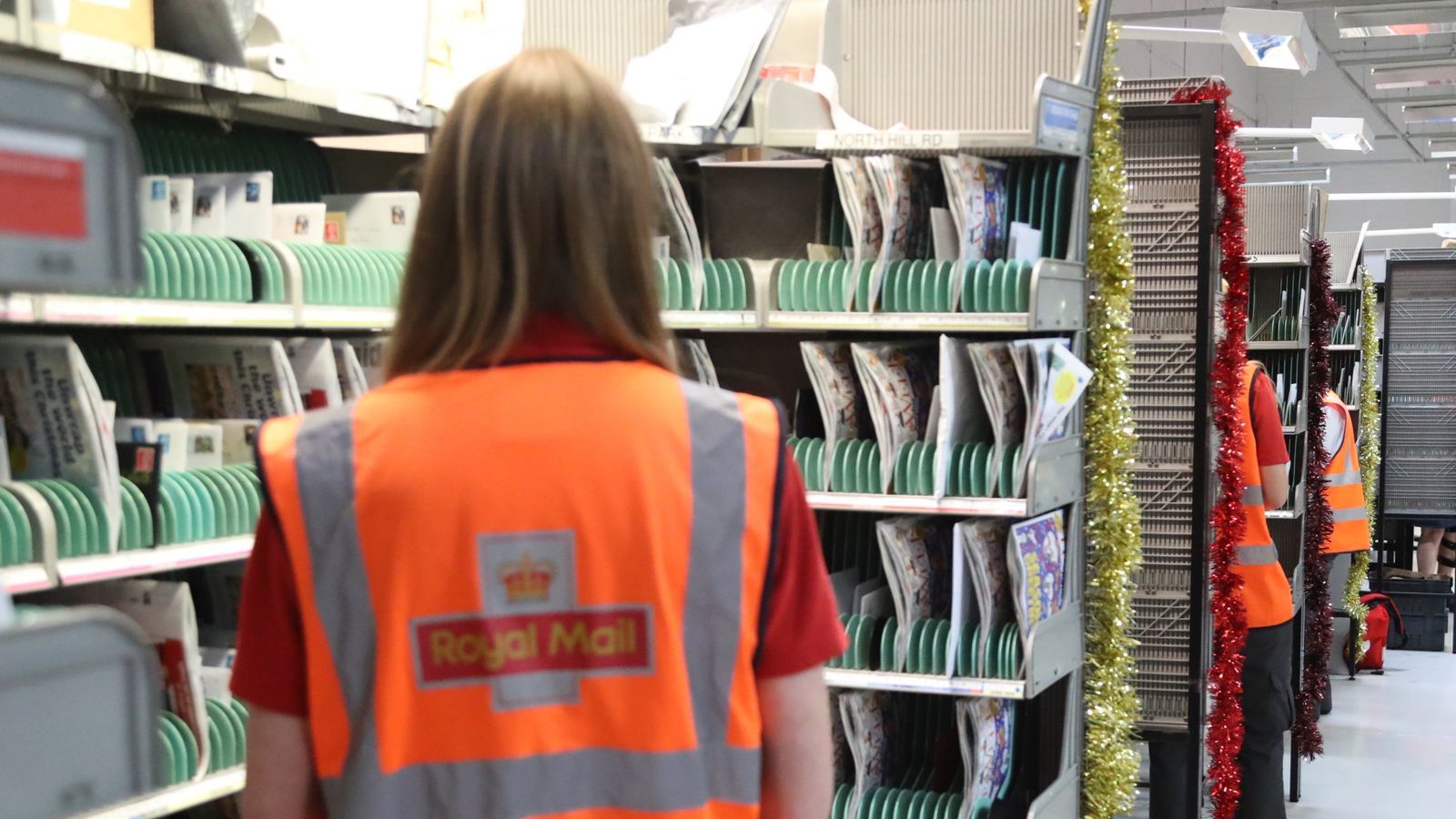 Royal Mail said in its results statement: "We are now at a crossroads. We need to deliver the benefits from change more quickly to deliver sustainable growth.

"We have made significant operational change already, but this needs to translate into real efficiency savings which deliver a financial benefit next year and beyond.

"Delivery of our existing agreements and the successful transition into the next agreements, as part of the current negotiations with the CWU, will be key to future profitable growth.

"We have made a substantial pay offer to our people which will enable the change we need to remain competitive, grow and secure their jobs for the future. Our market is changing quickly, and agility in our response is key."

'We have no time to waste'

Simon Thompson, Royal Mail's chief executive, added: "As we emerge from the pandemic, the need to accelerate the transformation of our business, particularly in delivery, has become more urgent.

"Our future is as a parcels business, so we need to adapt old ways of working designed for letters and do it much more quickly to a world increasingly dominated by parcels."

He added: "Our focus now is to work at pace with our people and our trade unions to reinvent this British icon for the next generations, so that we can give our customers what they want, grow our business sustainably and deliver long-term job security for our great team.

"We have no time to waste."